Happy weekend! Here is a weekend roundup of top startup news of the week. Please subscribe to the TechStartups Newsletter using the form at the right corner of this page, if you want this weekly update in your inbox every week.

Humaniq  is the most read story on our platform. Reaching a technological and a community-building milestone gives Humaniq reason to be confident for future expansion, as it finds way to cut transaction costs, and hundred thousandth community member joins.  London, March 20, 2018 – Humaniq has achieved the first working hybrid Blockchain with the 2.0 version of its app, to retain the benefits of the Ethereum main-net while expanding faster. On Monday, Humaniq launched 2.0 version of app is delivered on a unique Hybrid Blockchain. In a technological milestone, it is the first project with a working hybrid Blockchain that is not in prototype or beta-testing stage. Humaniq has successfully solved the problem of scaling ERC20 projects. The new, improved app sits on the Ethereum Blockchain with the unique combination of sidechain solutions in individual African countries, such as Uganda, Senegal, Zimbabwe, Tanzania and Rwanda.

NASA receives response from Voyager 1 spacecraft 13 billion miles away after 37 years of inactivity.

The thrusters aboard the Voyager 1 spacecraft just did what we thought was impossible. After 37 years of inactivity, NASA just received response from spacecraft 13 billion miles away, NASA said in a statement on its website. Voyager 1 is NASA’s farthest and fastest spacecraft. It was launched on September 5, 1977. Having operated for 40 years, 6 months and 14 days as of March 19, 2018, the spacecraft relies on small devices called thrusters to orient itself so it can communicate with Earth. These thrusters fire in tiny pulses, or “puffs,” lasting mere milliseconds, to subtly rotate the spacecraft so that its antenna points at our planet. Now, the Voyager team is able to use a set of four backup thrusters, dormant since 1980. In a statement on its website, NASA said: “The Voyager team assembled a group of propulsion experts at NASA’s Jet Propulsion Laboratory, Pasadena, California, to study the problem. Chris Jones, Robert Shotwell, Carl Guernsey and Todd Barber analyzed options and predicted how the spacecraft would respond in different scenarios. They agreed on an unusual solution: Try giving the job of orientation to a set of thrusters that had been asleep for 37 years.”

Artificial intelligence (AI) recruiting has come of age. Before AI, human resource professionals rely on applicant tracking system (ATS) software to electronic handling of recruitment needs. ATS can either be implemented in-house or hosted in the cloud depending on company needs and size. Today, there are now a handful of tech startups with AI-based recruiting assistants that automate the time-consuming process of manually reviewing and screening resumes. One of the leaders in this space is Sunnyvale, California-based startup, AllyO, an AI technology company that is transforming recruiting through intelligent automation. AllyO is the creator of the world’s most experienced AI Recruiter, Ally. The company announced today in a company release that it’s emerging from stealth and announcing a $14 million round of funding led by Bain Capital Ventures and joined by Cervin Ventures, Gradient Ventures (Google’s AI fund), and Randstad Innovation Fund. In addition, the company also announced that Indy Guha, partner at Bain Capital Ventures, is joining AllyO’s board.

According to 2017 Global Fraud Index, $57.8 Billion in eCommerce fraud losses were reported across eight major industries. In a separate report, e-commerce fraud increased to 33% in 2016 compared to 2015 according to Experian data. One startup is leading the effort to fight fraud using real-time machine learning (ML). Sift Science is a San Francisco, California-based is the leading provider of fraud prevention and risk management solutions. The company applies insights from a global network of data to detect fraud and increase positive user experience. To further expand its global footprint in the fraud detection and prevention market, the company announced today it has raised a $53 million Series D funding round. The current round is led by Stripes Group, a New York-based growth equity firm, with investments in SPINS, Remitly, Flatiron Health, Udemy, GrubHub and more. Prior investors Union Square Ventures, Insight Venture Partners and Spark Capital also participated in the round, bringing the company’s total funding to $107 million.

We live in a different time with different worldviews. Millennials, those born between 1980 and year 2000, grew up in a time of rapid change.Unlike the baby boomers, millennials hate debt and aren’t into credit cards. One company is trying to tap into the market. Based in San Francisco, California, Affirm is a fintech startup founded by PayPal co-founder in 2012. The company provides offers installment loans to consumers at the point of sale. Its aim is to improve the banking industry to be more accountable and accessible to consumers. Affirm lets shoppers pay for purchases across multiple months with transparent, fairly-priced fees built into every payment, and increases conversion and basket size for e-tailers at less than the cost of credit cards. Affirm now has more than 1,000 merchants using its service.

Blackmore Sensors and Analytics raises $18 million from BMW i Ventures and Toyota AI Ventures to scale its automotive LIDAR solution.

Light Detection and Ranging (LIDAR) is the most important and expensive component of any autonomous vehicle. It is a sensor that detects objects in a car’s proximity using lasers. Not so long ago a LiDAR sensor used to cost $75,000. With advances in technology the price has come down by 90% to just $7,500. The price is expected to fall even lower. One startup is contributing to the advancement in LIDAR technology is Blackmore Sensors and Analytics. The company develops frequency-modulated continuous wave (FMCW) lidar imaging and its supporting analytic tools software. The Bozeman, Montana-based startup develops LIDAR engines for defense customers. Blackmore’s core technology brings the advanced toolsets of modern radar into the optical domain enabling a new era of unprecedented lidar system performance. Blackmore’s technology is ideal for a variety of intense, mission critical, automotive, military, and industrial environments, where cost and performance specifications limit more traditional sensors.

German app-only bank N26 has raised $160m in a Series C funding round co-led by Allianz X, the digital investment unit of Allianz Group, and China’s Tencent. The funding represents the largest equity financing round (non IPO) in the fintech industry in Germany to date and one of the largest in Europe. N26 has attracted more than 850,000 customers since its launch in January 2015 and is now one of the fastest-growing European banks with a goal of reaching over 5 million customers by the end of 2020. N26 is a German direct bank, headquartered in Berlin, Germany, that offers its services throughout the Eurozone, with the exception of Cyprus and Malta 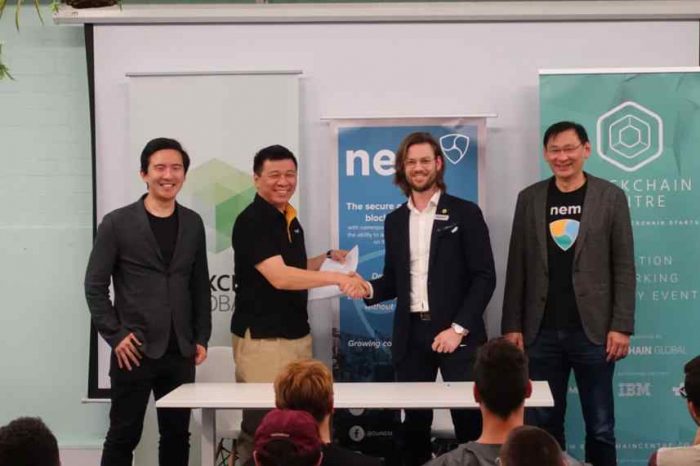 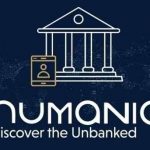