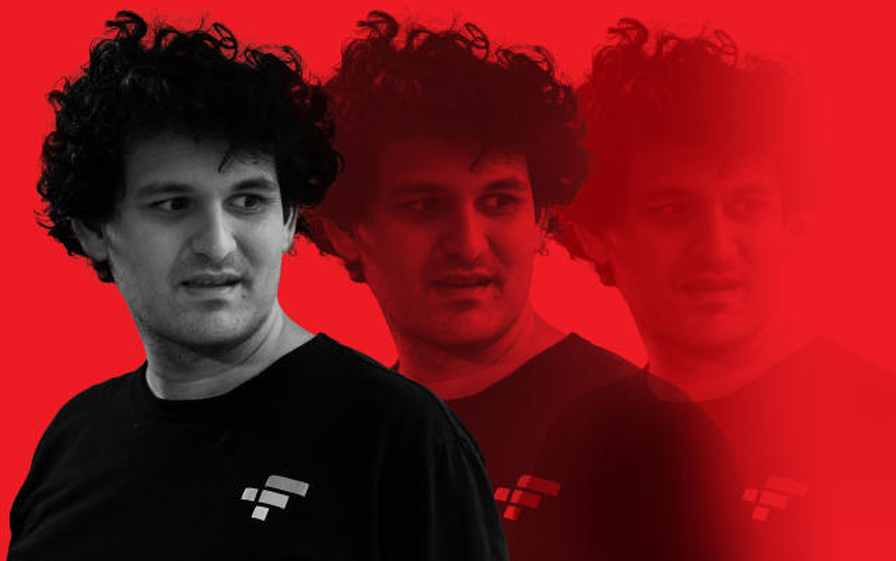 Good evening and happy Friday! Below are some of the top tech startup news stories for Friday, January 20, 2023.

Federal prosecutors seized around $700 million in assets from FTX founder Sam Bankman-Fried, largely in the form of Robinhood stock, according to a Friday court filing. Three of the seized accounts were held at Silvergate Bank, in the name of FTX Digital Markets, holding over $6 million, CNBC reported. The federal prosecutors had alleged in the past that the Robinhood shares were purchased using allegedly stolen customer funds.

The Department of Justice (DOJ) revealed the seizure of Robinhood shares earlier this month, but the agency later provided a more complete list of seized assets this Friday, including cash held at various banks and assets deposited at crypto exchange Binance.

The news came after the Department of Justice (DOJ) seized nearly $50 million from an FTX Digital Markets account at a small bank in Washington state called Moonstone Bank. At the heart of a contentious multi-party battle are 55 million-plus Robinhood shares involving Caribbean litigants, representatives of bankrupt crypto lender BlockFi, Bankman-Fried, and the FTX’s bankruptcy leadership.

In May, the disgraced Bankman-Fried revealed that he’d purchased a 7.6% stake in Robinhood and said at the time “we think it is an attractive investment.” The stock closed Friday at $9.52, valuing the recovered shares at over $526 million.

Fanatics, a sports platform founded by Michael Rubin, is in talks to buy the BetParx sportsbook, as the sports merchandising company looks to take a bigger position in sports betting, CNBC reported, citing sources close to the ongoing discussion.

Fanatics, which recently divests its 60% stake in NFT company Candy Digital, has reportedly been exploring acquisitions of sportsbooks as it moves further into the sports betting business. Representatives for the two companies declined to comment on the story.

Last year, the BetParx app on iOS and Android by Greenwood Gaming & Entertainment, the parent company of Parx Casino in Pennsylvania, and Playtech, an online gambling software supplier. BetParx is also available in New Jersey, Pennsylvania, Maryland, Michigan, and Ohio.

We wrote about Fanatics early last year after the  Jacksonville, Florida-based sports merchandise retailer that manufactures fan gear and jerseys across retail channels, has raised a massive $1.5 billion in new financing, valuing the sports platform at $27 billion. The announcement comes a little over a month after Fanatics purchased the trading cards and collectibles business from Topps.

Google’s parent Alphabet becomes the latest in a series of tech companies to announce a layoff. Today, Alphabet announced it is cutting about 12,000 jobs, or 6% of its workforce, the company said in a memo to employees on Friday.

The announcement comes amid fear of recession and at a time when companies intensify their focus on artificial intelligence (AI) to rein in costs through automation.

In an email sent to the company’s staff Friday, Alphabet and Google CEO Sundar Pichai said the tech giant will begin making layoffs in the U.S. immediately. In other countries, the process “will take longer due to local laws and practices,” he said. In addition, Pichai also added that the company will offer U.S.-based employees 16 weeks of severance pay plus two weeks for each additional year they’ve worked at Google.

Early this week, retail giant Amazon announced it will begin a new round of job cuts that would affect more than 18,000 employees, making it the largest workforce cuts in its 28-year history. Early this month, CEO Andy Jassy told employees in a memo the retail behemoth was looking to eliminate as many as 18,000 roles, primarily employees in its human resources and stores divisions.

Chord’s technology stack, which combines headless commerce and data infrastructure, does not require a massive and costly team to build and operate. Chord’s infrastructure also integrates into a brand’s system and is pre-configured and instrumented for best-in-class data collection and modeling, as well as synthesized insights.

“The next wave of brands and startups deserve powerful, enterprise-grade technology that can be managed by a small, focused team,” says Bryan Mahoney, CEO & Co-Founder at Chord. “Brands need easy access to the accurate data and key features that modern commerce requires, minus the vast expense and operational pain to attain it. We’re giving them the freedom and ability to work on their companies – building, growing, and perfecting them – without stressing over the technical side. We are excited about the fact we’ve brought together new investors like Bright Pixel Capital and GC1 with our existing partners who believe in our vision. This gives us the financial strength to grow and support more brands.”

The funding will be used to expand the product’s data capabilities and to support the product’s availability to larger customers. One of many steps in achieving this includes the launch of their ML-powered data infrastructure, which allows brands to make critical decisions based on an understanding of how key customer metrics will change over time.

For months, crypto lender Genesis has been seeking to raise $1 billion in an emergency loan to avoid bankruptcy. Now, the high-profile crypto lending company has fallen on a bankruptcy sword. Genesis filed for Chapter 11 bankruptcy protection late Thursday night in Manhattan federal court as FTX contagion spreads across the crypto industry.

It was a crippling blow to a business once at the heart of Barry Silbert’s Digital Currency Group ((DCG), according to bankruptcy documents, Genesis disclosed that it has aggregate liabilities ranging from $1.2 billion to $11 billion dollar. Three separate petitions were filed for Genesis’ holding companies.

Genesis is the latest in a series of crypto companies that have filed for bankruptcy in recent months as the collapse of FTX rippled across the crypto industry like an earthquake, causing the downfall of other crypto-related startups including BlockFi, Genesis Trading, Galaxy Digital, and Voyager Digital.

In a statement, Genesis interim CEO Derar Islim said: “We look forward to advancing our dialogue with DCG and our creditors’ advisors as we seek to implement a path to maximize value and provide the best opportunity for our business to emerge well-positioned for the future.”

Just yesterday, CoinDesk, a crypto publication outlet owned by DCG was reportedly exploring selling itself as the crisis deepens at parent company DCG due to FTX contagion.

“We didn’t do it in secret, we did it quietly,” that was what CNET editor-in-chief Connie Guglielmo told his team following a public outcry after Futurism reported that the popular news outlet had been quietly using AI to publish entire articles without making the AI authorship immediately clear to its audience. So next time you read a story on your favorite blog site, you might want to double-check to see if the piece was indeed written by a real human.

The controversy started early this week when Futurism wrote a piece titled, “CNET is quietly publishing entire articles generated by AI.” The story was about how CNET was using “quietly” using AI to write a new wave of financial explainer articles. CNET appears to have started using AI around November of last year. According to Futurism, CNET AI-written articles were first spotted by online marketer Gael Breton in a Twitter post on Wednesday.

According to Futurism, CNET has put out about 73 AI-generated articles since the program began more than two months ago. It didn’t take long before the Futurism story started to spread on social media. People were horrified and many observers, including journalists, were not happy.

After public outcry following the report, Futurism said it discovered that the AI was making many extremely basic errors, despite CNET’s promise that all the AI-generated articles were being diligently fact-checked by a human editor. The publication also added that “CNET responded by issuing an extensive correction and slapping a warning label on the rest of the content — as well, oddly, as adding a disclaimer to many human-written articles about AI topics.”

That’s why private companies, institutions, and governments around the world have come up with various ways to address climate change, including reducing greenhouse gas emissions, increasing the use of renewable energy, and investing in research and development of new technologies. But one speaker at the World Economic Forum (WEF) in Davos, Switzerland has come up with a more drastic solution. He called on one billion people to “stop eating meat” to combat climate change.

In a speech on Wednesday, Siemens AG Chairman Jim Hagemann told the WEF crowd, “If a billion people stop eating meat, I tell you, it has a big impact. Not only does it have a big impact on the current food system, but it will also inspire innovation of food systems.”

Hagemann said he was “inspired” by his 24-year-old daughter who asked him how he could advocate for “zero carbon value chains” and still eat meat products. “And so, I stopped eating meat,” he added.

Hagemann is not alone. Microsoft Co-Founder Bill Gates also called on all the rich countries to change entirely to 100% lab-grown meat to save the planet from climate change disasters. In a question and answer session with MIT Technology Review, Gates talked about his new book and how his thinking on climate change has evolved, and the need for “all rich countries should move to 100% synthetic beef.” 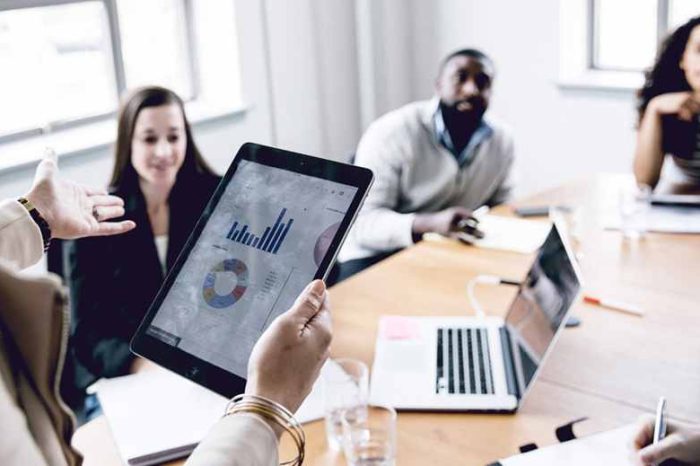 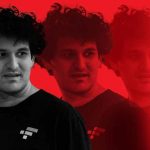