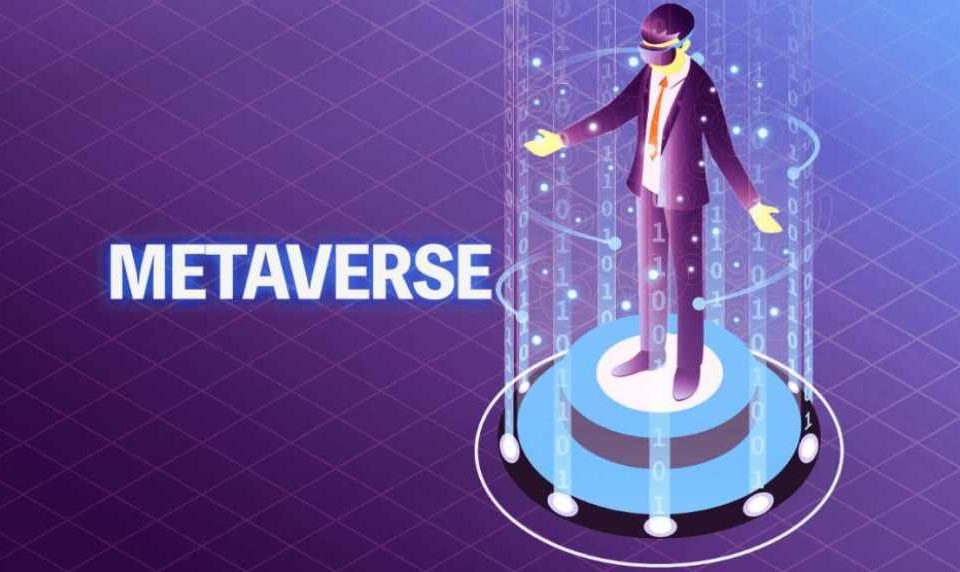 From hackers stealing billions of dollars in cryptocurrency to the metaverse, it’s been a busy year in the world of tech, and most especially tech startups. As we look back over the last 12 months, we reflect on our coverage of the biggest tech startup stories of 2021.

2021 started off with the hope that the pandemic would soon be in the rearview mirror. Unfortunately, the end year ended with no end in sight as vaccines fail to stop the spread of virus transmission. Many tech companies, including tech startups, extended their work-from-home policies until at least early 2022. During the year, small and big startups alike were also impacted by the great resignation as millions of workers quit their jobs in droves.

Despite the difficulties faced by these tech companies, many tech startups were able to weather the storm of economic uncertainty. We also saw a record inflow of funding into small and unicorn startups as investors look for safe havens to hedge against inflation. In 2021, the number of unicorn startups almost doubled to over 900 unicorns globally with a combined valuation of over$3 trillion.

During the year, we also witnessed the emergent of new technology trends developed, for example in the cryptocurrency space, non-fungible tokens (NFTs), decentralized finance (DeFi), decentralized autonomous organization (DAO) started to gain mainstream adoption. We also don’t want to forget about Chinese tech startups. It was a difficult year for many tech companies in China as the Chinese Communist Party imposed new regulations and crackdowns on the country’s tech sector.

The biggest headline-grabber of all came in October after Facebook changed its corporate name to Meta to reflect its focus on the metaverse. Since the announcement on October 28, the tech world is abuzz with talk of the metaverse, a digital world where the real and virtual worlds converge into a vision of science fiction. That’s not all. We will be remiss if we don’t talk about Apple’s Epic battle.

As the year winds down, here is a look back at some of the top tech stories of 2021.

During the period, some of the unicorn startup companies went public. For example, Amazon-backed electric truck startup Rivian went public in November. The company now has a market cap of over $100 billion, compared to a valuation of $3.5 billion just two years ago. Other former popular unicorns include Airbnb, Facebook, Google, and Uber. There are also new unicorn members.

The tech world was abuzz with talk of the metaverse just a week before Facebook announced it was changing its corporate name to Meta to reflect its focus on developing virtual reality products for the metaverse. The term metaverse, short for “meta-universe,” is a digital world where the real and virtual worlds converge into a vision of science fiction.

The term was originally coined by Neal Stephenson in the dystopian novel “Snow Crash” three decades ago. Since Facebook announced its name change, the tech world is abuzz with talk of the metaverse, a digital world where the real and virtual worlds converge into a vision of science fiction. Tech experts also see the metaverse as the “successor to the mobile internet,” and revolutionary technology with the potential to reshape our lives.

Even though Microsoft acquired Nuance Communications in April for $16 billion, the final EU antitrust approval did not come until eight months later. The European Commission (EU) finally granted Microsoft unconditional antitrust approval for artificial intelligence and speech technology company in December. The deal has already received regulatory approval in the United States and Australia.

In what many described as a story of David and Goliath, Fortnite maker Epic Games finally prevailed after a federal judge denied Apple’s latest attempt to force developers to use its App Store and put an end to the one-year battle between the two companies. In his ruling today, Judge Yvonne Gonzalez Rogers dealt another legal blow to the tech giant saying that Apple must comply with an earlier order that permits developers to direct their users away from iOS apps to pay for services.

It all started in August 2020 when Apple removed Fortnite from the App Store after the game’s developer announced new payment options that allow players to buy in-game credits direct from Epic Games. In response, Epic took legal action and filed a lawsuit in the District Court of Northern California to end Apple’s anti-competitive restrictions on mobile device marketplaces. The new payment option appeared to skirt Apple’s App Store and Google’s Play Store rules, which require Epic to give up a 30% cut of the revenue made through the app.

NFT exploded in popularity as Beeple’s NFT sold for a record $69.3 million

2021 will be forever be remembered as the year of cryptocurrency. However, NFT and later the metaverse stole the spotlight. Non-fungible tokens (NFTs) exploded in popularity in 2021 as Christie’s Auction sold Beeple’s NFT for a record-setting $69.3 million, making it the most expensive digital art ever sold.

Christie’s Auction sold the “Everydays: The First 5000 Days” by crypto artist Beeple. The winning bid was sold for a staggering $60.25 million. A last-minute surge upped the final price to $69,346,250. It is unclear at this point if the buyer used fiat or crypto to buy the now-famous Beeple. The sale was by far the largest known sale of an NFT and the latest in a series of crypto arts that are being sold for millions of dollars by celebrities around the world.

Beeple broke his previous auction in February on NFT marketplace Nifty Gateway when he sold a video clip of a digitally illustrated Donald Trump lying face down in the grass for $6.6 million in ETH.

Crypto startup Worldcoin wanted to scan the eyes of every person on Earth in exchange for a free cryptocurrency; 100,000 users already signed up globally

The world is never short of great and impactful ideas. However, once in a while technology startups come up with strange ideas that sound like something out of a sci-fi movie. One of those outlandish ideas is a metallic orb developed by Worldcoin, a startup that scans people’s eyes in exchange for free cryptocurrency.

Co-founded by tech millionaire Sam Altman, Worldcoin emerged from stealth last Thursday with $25 million in funding backed by Silicon Valley heavyweights including Andreessen Horowitz, Coinbase, and billionaire LinkedIn co-founder Reid Hoffman, valuing the crypto startup at a $1 billion valuation. The company describes the new cryptocurrency as “a new, collectively owned global currency that will be distributed fairly to as many people as possible.”

So far, Worldcoin said over 100,000 users have already signed up globally and shipped its orb-shaped devices to people in 12 countries. The company said it aims to hit the 1 billion user milestone by 2023. The Orb is a secure custom hardware device that captures the image of the user’s eyes to determine whether the user is real and whether they have claimed their free share yet.

As we stated before, 2021 was a blockbuster year for technology startups around the world. From crypto, DeFi, health, NFT, and renewable energy, investors have poured a record $240 billion into promising and innovative technology startups as of September 30, dwarfing 2020’s full-year total of $166 billion, according to figures from Pitchbook.

Although a lion’s share of these investments went to US-based tech startups, Israel’s startups are not so far behind considering the economic size of the country. According to a report from Start-Up Nation Central, Israel’s high-tech sector is closing the year with a bang, raising a record $25.4 billion in funding from January through November, up 136% over 2020.

During the same period, 33 companies joined the highly coveted unicorn club of private firms valued at over $1 billion, making a total of 53 unicorns, while 57 companies went public and raised $4 billion. In 2020, 22 companies raised $1.7 billion in IPOs.

Hackers stole billions in cryptocurrencies and also wreak havoc to US critical infrastructure.

Over the past decade, Hackers and scammers stole at least $12 billion in crypto assets. But 2021 was different. The level of hacking activities reached a record level. DeFi hacks are the latest trend for cryptocurrency cybercriminals. It started in 2020, and hackers stole $149 million of crypto assets from DeFi exchanges. However, losses in DeFi breaches quickly grew in 2021, adding up to $1.7 billion in total.

During the year, high-profile companies were also hacked. For example, Colonial Pipeline was hacked in May and the company finally surrendered to hackers five days after a crippling cyberattack that shut the largest fuel pipeline network in the United States. Colonia also paid hackers nearly $5 million in ransom via an untraceable cryptocurrency.

During the same month, a Toshiba Corp unit announced it was hacked by Darkside, the same Eastern European ransomware group that hacked Colonia Pipeline last week. Toshiba Tec Corp, which makes products such as bar code printers and is valued at $2.3 billion, was hacked by DarkSide – the group widely believed to be behind the recent Colonial Pipeline attack.

Toshiba and Colonial Pipeline are just two of the major cyberattacks that took place in 2021. Others include Bitmart and the Japanese cryptocurrency exchange Liquid. Bitmart lost $196 million to hackers in a ‘large-scale security breach.’ GoDaddy hosting was also hacked. The company said up to 1.2 million customers’ information and SSL private keys were exposed.

The top startup stories of the new year will not be complete without talking about electric vehicles. Since we’ve been accused of positive bias toward Elon Musk, so we think why not share one not-so-good news about Tesla. Early this month, an unhappy Tesla owner Finland decided to blow up his Model S after being told it would cost him €20,000 ($22000) in battery repair cost.

It all started after Tuomas Katainen noticed the Model S’ instrument cluster began displaying multiple error codes. He later took the car to a Tesla service center for repair. After almost a month-long of inspection, the dealership finally got back to him. He was told that the only solution to the problem was to replace the entire battery pack at the cost of $22,500 (20,000 Euros).

As a token of disgust towards Tesla CEO Elon Musk, Katainen and his friends also placed a doll in the likeness of Musk in the car before the fireworks got underway. The Youtube video has been viewed more than 1,394,213, at the time of this writing. 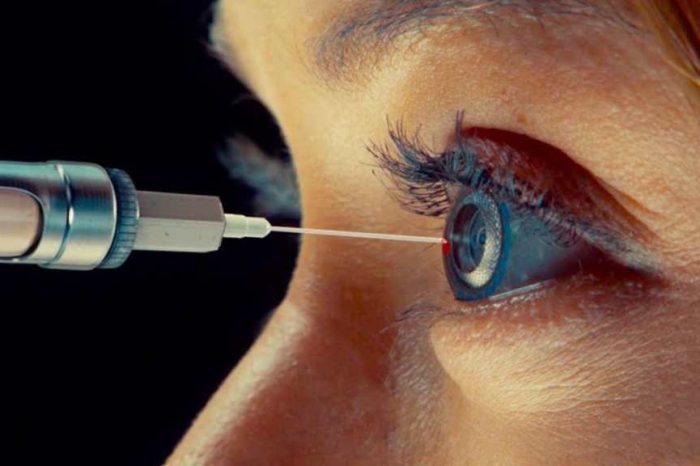 Meet Mojo Lens, the world's first AR smart contact lenses that eliminate screens and let you connect to the internet right from the front of your eyes 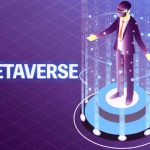