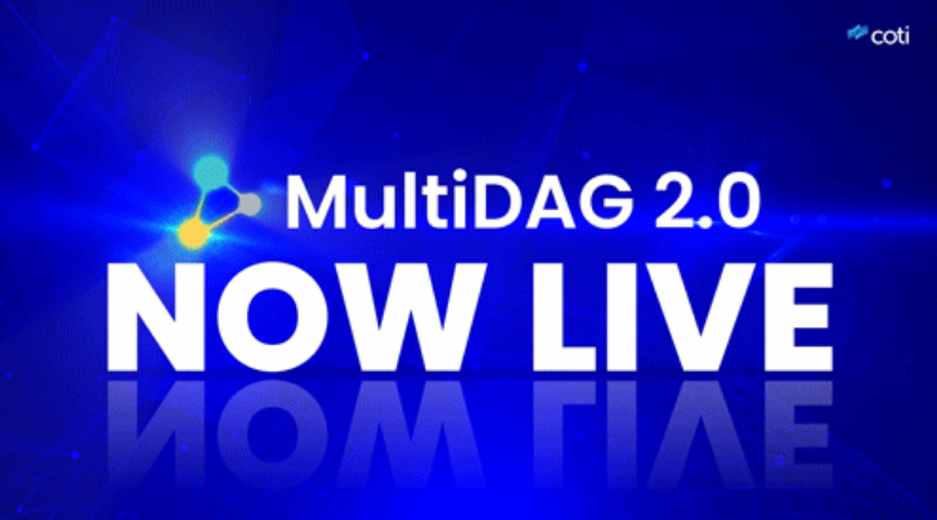 Early this year, we wrote about COTI Network after the organization announced its plan to create a new token standard for stablecoins issued on the new COTI’s MultiDAG 2.0 Layer, that will be the equivalent of the ERC20 token standard on Ethereum.

Then on August 2, the COTI team successfully deployed the MultiDAG 2.0 hard fork Testnet. With this hard fork, COTI transitioned from a single currency infrastructure to a multi-token layer. COTI’s unique MultiDAG 2.0 protocol enables branded enterprise tokens to be generated and minted in seconds on top of COTI’s Trustchain.

Fast forward four months later. COTI announced today it has successfully completed the MultiDAG 2.0 hard fork event and the Mainnet is now live. The event took place earlier today, during which Explorer 2.0 was also deployed to Mainnet, alongside the Bridge 2.0 wallet app. This was made possible after all node operators upgraded their nodes to version 3.1.2, in addition, Huobi and Kucoin have also upgraded their nodes and apps. The code can be viewed on GitHub.

For many years, COTI’s vision is to become Enterprise Layer 1 but MultiDAG 2.0 was the missing piece in the puzzle that completes COTI’s vision to make its solution unique from others and fit the enterprises’ needs. Now, COTI is defining a new token standard issued on the Trustchain, similar to the ERC20 token on Ethereum, but on a single DAG.

The launch of the MultiDAG 2.0 protocol heralds the full transition of COTI from a single currency infrastructure to a multi-token network. The protocol utilizes the CMD (COTI MultiDAG) standard to enable the issuance of tokens on top of the COTI Trustchain, similar to the ERC20 token on Ethereum, but on a single DAG. We believe COTI is uniquely positioned to serve enterprises, enabling them to launch their own Private Payment Network (PPN) which includes the issuance of CMD branded payment tokens, issuance of CMD branded loyalty tokens, and more. These tokens inherit Trustchain capabilities such as high scalability, security, and throughput, tackling the critical requirements of enterprises today.

Along with the MultiDAG 2.0 launch, we have also released the Bridge 2.0 wallet app that includes the new refund feature. This feature will allow users to apply for a refund in the event that the swap fails to execute due to technical reasons, or if its processing is pending. You can check the step-by-step guide here.

Explorer 2.0 has also been deployed to Mainnet today and it’s now live!

The new COTI Explorer offers a variety of stats related to the Trustchain. Additional enhancements such as the ability to search for any token that was generated on the Trustchain and view detailed information related to that token, as well as access to the COTI full node list, are now also available for our users.

Though the past year hasn’t been an easy one for the crypto world, here at COTI we have been focused on developing and building our suite of products to attain high-quality standards. This launch signifies a massive step for the crypto industry, as well as COTI, as the MultiDAG 2.0 will increase the growth of the widespread adoption of crypto payments for enterprises that are yet to adopt crypto payment solutions. The transition from a single currency infrastructure to a multi-token network is an exciting step for us, and we’re glad to have your support on this important path. 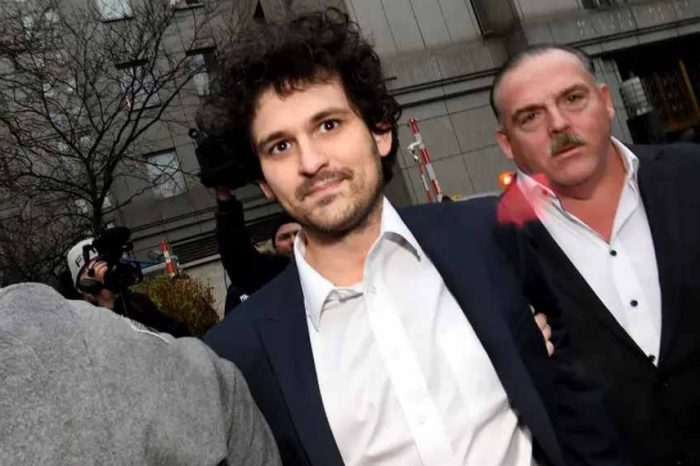 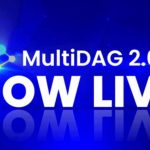