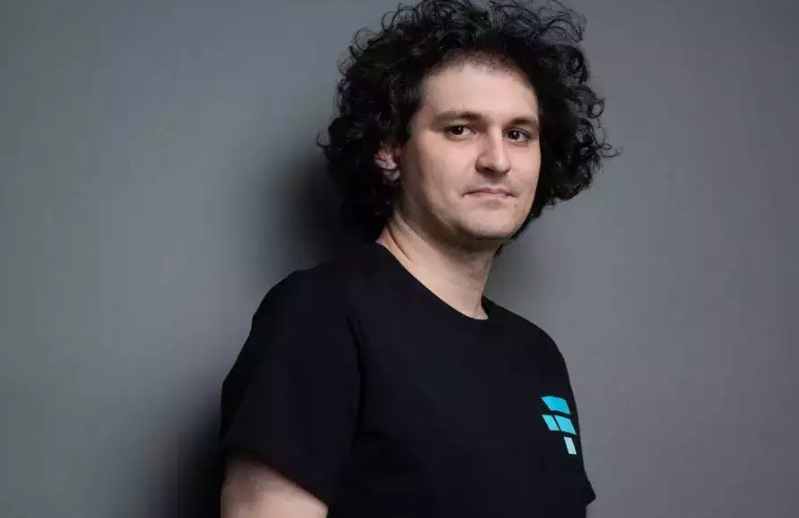 FTX founder and CEO Sam Bankman-Fried first made headlines in 2020 after he donated a whopping $5.2 million to Joe Biden’s campaign, making him the second-biggest donor. But now the life of this former crypto billionaire is about to change for the worse as he faces US regulators’ probe into client funds and lending.

Just about 30 minutes ago, Bankman-Fried (also known as SBF) took to Twitter to apologize for misusing clients’ money and tapping into customer accounts to fund risky bets. Contrary to what FTX told its customers, FTX had $16 billion in customer assets and then lent $10 billion of the money to its sister company, Alameda Research, WSJ said.

In a series of tweets posted this morning, SBF apologized for the company’s lack of transparency. But considering the ongoing investigations about the company’s practices by the SEC and FBI, it might be too late for SBF.

“1) I’m sorry. That’s the biggest thing. I fucked up, and should have done better,” SBF tweeted.

“Transparently–my hands were tied during the duration of the possible Binance deal; I wasn’t particularly allowed to say much publicly. But of course it’s on me that we ended up there in the first place.”

2) I also should have been communicating more very recently.

Transparently–my hands were tied during the duration of the possible Binance deal; I wasn't particularly allowed to say much publicly. But of course it's on me that we ended up there in the first place.

While everyone was talking about him losing his billionaire status, Bankman-Fried, who was once viewed as a white knight waiting to rescue the embattled crypto industry, may end up spending the rest of his life in prison for investing client assets in his company’s treasury. Here is why.

Over the weekend, CEO of the largest crypto exchange Binance Changpeng “CZ” Zhao tweeted that his exchange would reduce its exposure to FTX and slowly withdraw billions of its holdings in FTX’s native token, FTT, “due to recent revelations that have come to light.”

But Bankman-Fried denied the reports tweeting early Monday morning that “FTX is fine. Assets are fine.”

1) A competitor is trying to go after us with false rumors. FTX is fine. Assets are fine.

In another tweet, SBF reassured FTX customers not to fear that their funds are secured and safe.

“FTX has enough to cover all client holdings,” he added. “We don’t invest client assets (even in Treasurys). We have been processing all withdrawals, and will continue to be,” he tweeted on Monday, adding his company was redeeming money credited to people’s trading accounts for anyone who wished to pull out.

The problem is that SBF has now deleted these two tweets which will be his undoing and be used against him in court. Just like every other content on the internet, it didn’t take long to find the two tweets. 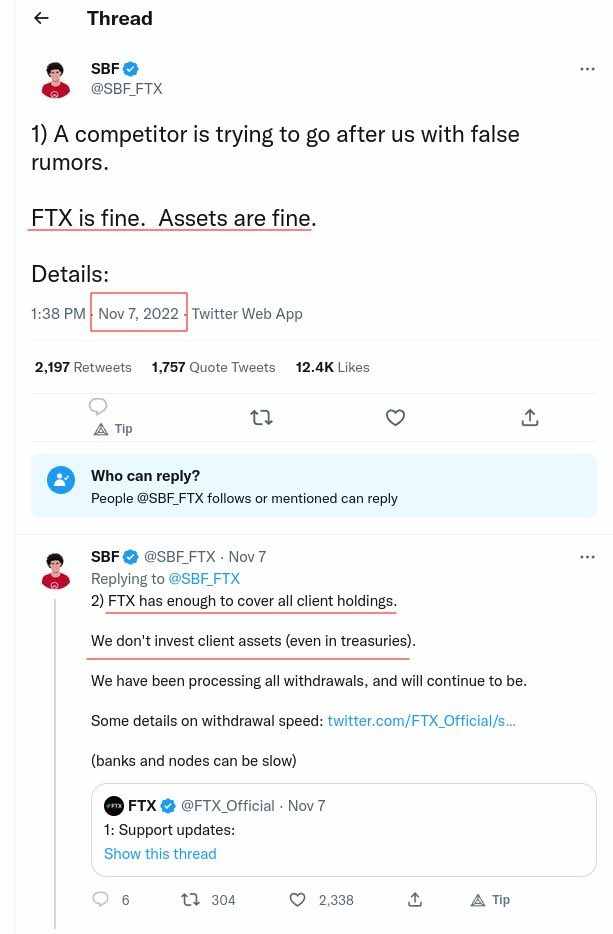 As it turned out, none of what SBF said in the two tweets is true. FTX is not fine. Binance walked away from the FTX deal “after a review of the company’s structure and books.” FTX was also $8 billion in a hole at the time SBF posted the tweet. Bankman-Fried also recently told investors that the company is seeking emergency funding to cover a liquidity shortfall of up to $8 billion.

Second, FTX did invest client assets in treasury and FTX’s sister company, Alameda Research, which Bloomberg also estimated to be worth only $1.

For those confused about #FTX & #FTT, here's the TLDR:

🚨 No need to sell FTT! pic.twitter.com/RJiEpbcgrf

In addition, the CoinDesk report further shows that Alameda holds $14.6 billion in assets plus $8 billion in liabilities as of June 30. That’s not all. CoinDesk also found that Alameda’s largest asset was about $3.66 billion of “unlocked FTT” and $2.16 billion of “FTT collateral.” This implies that the $5.82 billion in total FTT that Alameda owns is equal to 193% of the total known market cap of FTT, which is about $3 billion, according to data from CoinMarketCap. 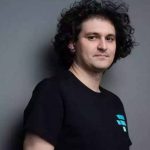