As of the time of writing, Google is now valued at $1.99 trillion. Shares of Alphabet spike in the premarket after the Google parent company reported blowout fourth-quarter earnings. The company also announced a 20-for-1 stock split as part of its quarterly earnings statement. 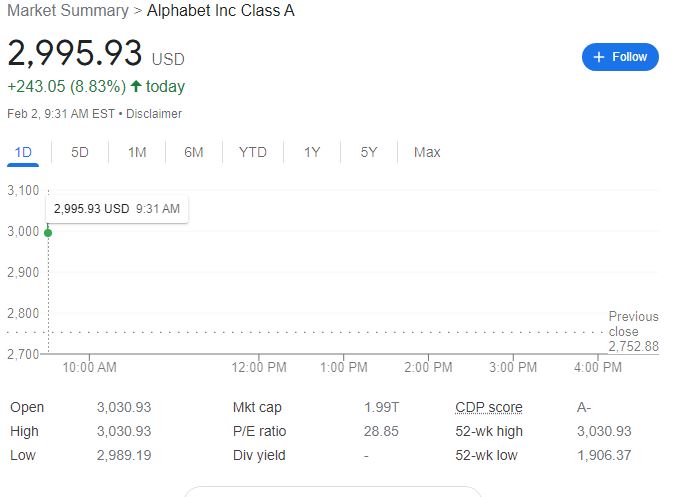 During the quarter, Alphabet reported earnings per share of $30.69, compared to the $27.34 analysts expected, according to Refinitiv. The tech giant also posted a large revenue beat, coming in at $75.33 billion compared to the $72.17 billion estimated. The latest stock gains, if sustained, could be the biggest single-day gain for the stock since 2015.

Meanwhile, Alphabet continues to rely heavily on Google’s advertising revenue, which jumped in the quarter. Revenue for the segment came in at $61.24 billion for the quarter, up 33% from $46.2 billion in the same period a year earlier.

The historic milestone also makes Tesla a member of the exclusive trillion-dollar market cap companies including Microsoft, Apple, Meta, Amazon, and Alphabet. To put this in perspective, Tesla’s $1 trillion market cap is equal to more than 5% of the United States’ total gross domestic product.

Commenting on the blockbuster result, Russ Mould, investment director at AJ Bell told Reuters, “The technology sector started 2022 with some of the biggest question marks over it since the dot-com crash more than two decades ago. However, the largest and highest quality U.S. tech names continue to deliver the answers the market wants with big earnings beats.” 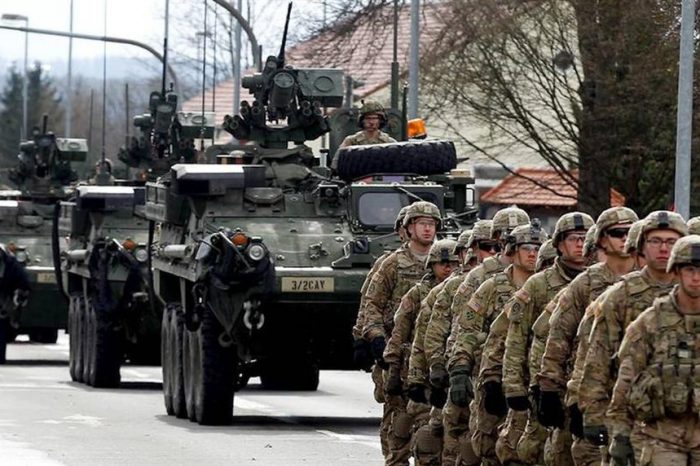