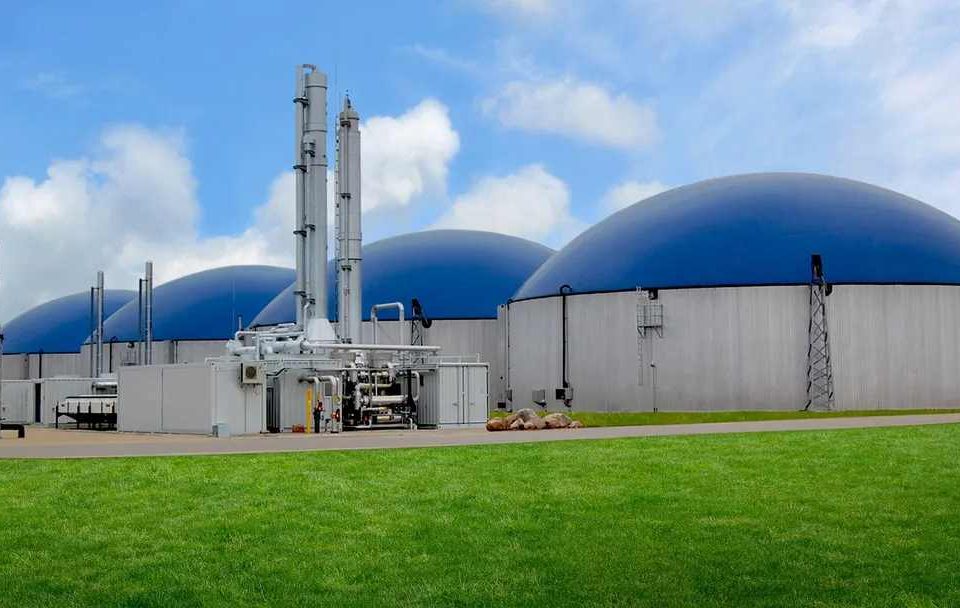 With growing concerns about climate change, global automakers are slowly transitioning away from internal combustion engine (ICE) vehicles to electric vehicles as part of their efforts to reduce carbon emissions. For example, after 113 years of internal combustion engine (ICE) vehicles, General Motors (GM) announced on January 28 that the company would end the production of diesel- and gasoline-powered vehicles by 2035 and exclusively offer electric vehicles.

However, some of the biggest challenges to the mass adoption of electric vehicles are limited driving range, high costs, battery issues, long charging time, and inadequate charging infrastructure, among others. In the end, it all comes down to energy storage. Today, lithium-ion batteries are the most efficient and cost-effective batteries. Even Tesla, the world’s most valuable EV automaker uses a lithium-nickel-cobalt-aluminum chemistry-based battery.

Unfortunately, batteries are far more efficient than today’s hydrogen-powered fuel cell electric vehicles. Battery-electric cars store that electricity directly in their battery packs, while fuel-cell cars store it in gaseous hydrogen, releasing it through a chemical reaction in the cells. The current fuel-cell electric vehicles are uneconomical that Musk once called them “fool sells” when VW CEO said the following early this year:

“You won’t see any hydrogen usage in cars. The idea of a big market for vehicles powered by hydrogen fuel cells is very optimistic. Not even in 10 years, because the physics behind it are so unreasonable” — Herbert Diess, VW CEO ⁦@Herbert_Diess”

Fuel cells should be called fool sells! Such a silly choice for cars. Not great even for a rocket upper stage imo, but at least not absurd.

What about if there is a new form of hydrogen that could be produced cheaper, stored, and transported economically without impacting the environment? Enter solid-state hydrogen energy storage.

The technology is so disruptive and transformational that the US government banned it due to the ITAR (International Trade and Arms Regulations) embargo, which means the startup could not export the technology for missile fuel, which the founder said was never the focus of the “solid-state hydrogen fueling.” 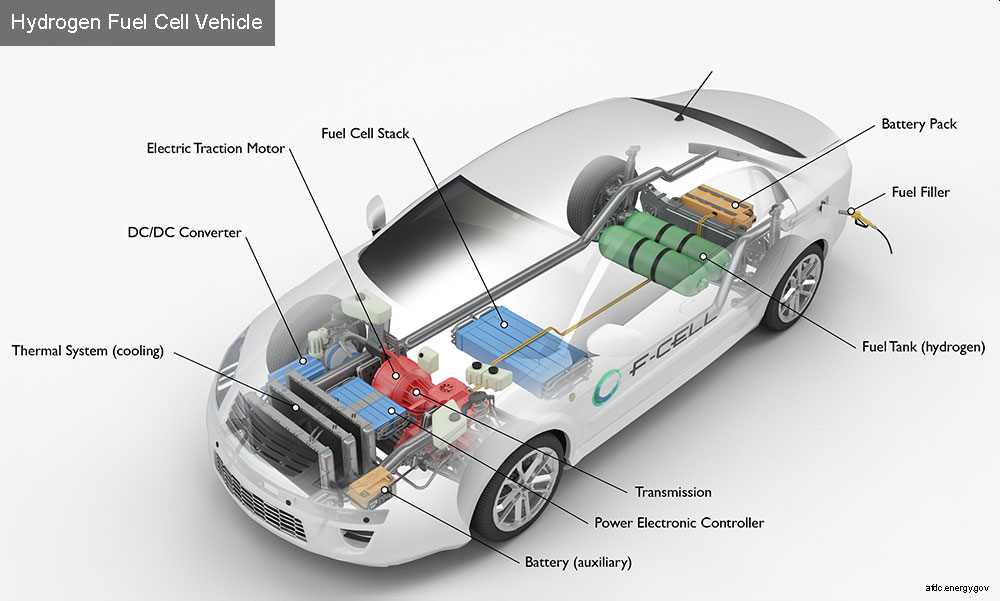 Unlike the current liquid hydrogen used in today’s fuel-cell vehicles that requires significant amounts of energy and resources to produce, this new solid hydrogen technology is so revolutionary that it was banned by the US government in 2008 when the company first introduced the technology.

Plasma Kinetics founder Paul Smith said back then the U.S. government first called it “transformational,” then changed that to “disruptive.” Unfortunately, the US government slowed down the company’s research by restricting its patents until 2017 when the restrictions were finally lifted and Plasma Kinetics was able to commercialize the new technology and sell its products in the open market.

For many years, Green hydrogen is touted to be one of the essential ingredients for the sustainable energy mix of the future but it has failed to deliver due to what our friend Matt Ferrell describes as “invisible…yet the big problem of storage, transport, and operation.” Plasma Kinetics is the first company to address these problems. It’s also the only hydrogen energy system that is the only zero-carbon hydrogen capture, storage, and delivery solution.

Why Solid-state Hydrogen Energy Storage Could Be a GameChanger

As PK explained, most hydrogen used today is derived from separating hydrogen from natural gas and electrolysis which consumes large amounts of energy and requires energy-intensive compression or liquefication to store. As such, the move toward hydrogen as a viable alternative to lithium-ion batteries is primarily impeded by the lack of cost-effective infrastructure which can efficiently capture and transport hydrogen gas.

Plasma Kinetics technology is capable of capturing metric tons of hydrogen daily with zero-carbon production. In addition, the startup said it needs minimal infrastructure and can transport hydrogen safely worldwide. Its technology employs a layered nanophotonic structure with proprietary shape memory alloy that interacts with light. Individual layers are only angstroms thick, and nanolithography provides surface structures that support the release of hydrogen with light.

Instead of using the two most common methods for producing hydrogen via steam-methane reforming and electrolysis (splitting water with electricity), Plasma Kinetics captures gas from smokestacks. Hydrogen is then extracted from the gas and stored in solid form.

“We are able to remove green-house-gases from smokestacks, capturing metric tons of pure hydrogen from the stream without needing to use any energy. No pumps, no electricity, no chemicals, no energy. We are the only solution which can claim 100% carbon free absorption, storage, and delivery of hydrogen. Our products are recyclable, and our manufacturing is 100% zero-carbon. No other technology can make this claim.”

Plasma Kinetics said it will enter commercial markets with a follow-on technology, from a U.S. Department of Defense application, that captures hydrogen, stores it for long periods, and releases it for stationary and transportation applications. 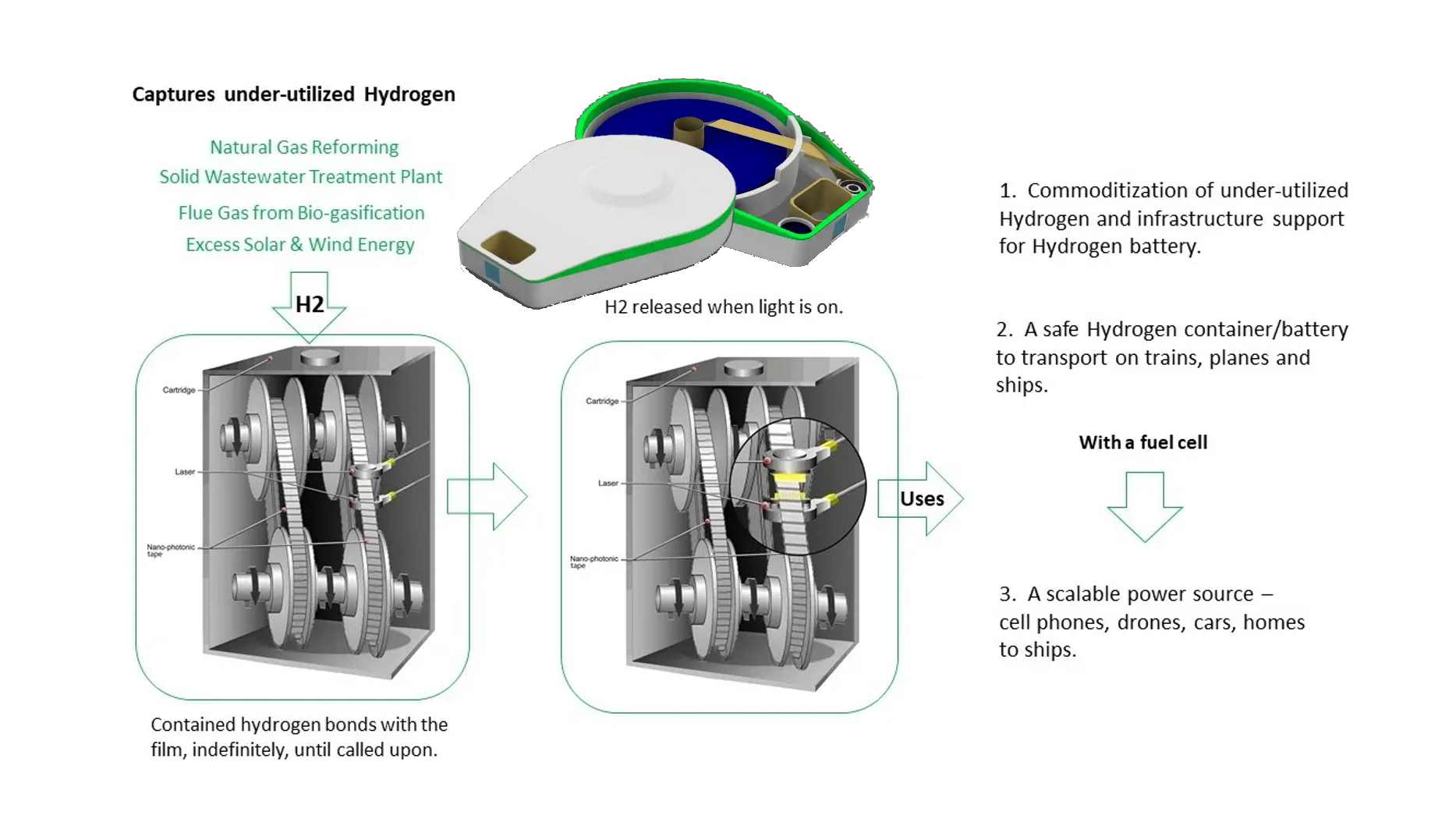 If the technology lives up to the hypes, it could disrupt the current EV market and Tesla may turn out to be the biggest beneficiary of this solid-state hydrogen technology even though Musk once called the legacy version of this technology “fool sells.” While Tesla CEO Elon Musk currently holds the title of the world’s richest person at around $300 billion, the technology could potentially make Musk the first trillionaire in history.

In the video below, Matt Ferrell goes into in-depth detail about how the solid-state hydrogen energy storage works and it increases the driving range at a lower cost and forever changes the future of transportation. 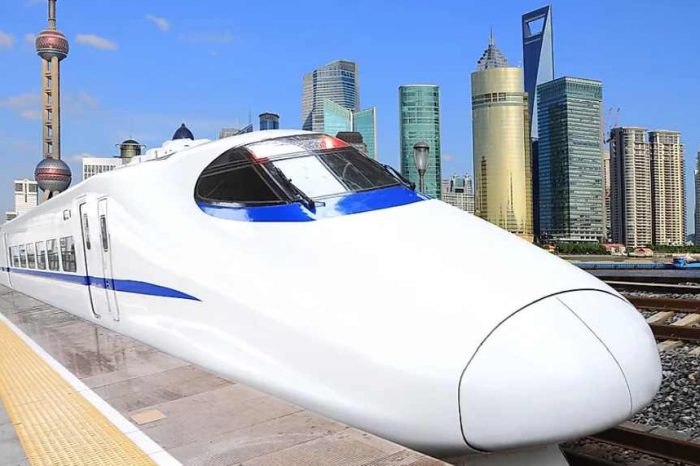 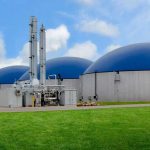