Until recently, videos were made by a few professionals but that has changed. With YouTube, creators are now able to create their own videos, build their brands and grow their following online. Clipchamp’s in-browser platform gives everyone access to professional video editing tools and features from simple cropping and resizing to special effects like transitions, motion titles, and even Green Screen. The acquisition will help Microsoft to expand its productivity software offerings beyond just the corporate users to small businesses and individuals.

Clipchamp is an in-browser video creation and editing experience founded in 2013 by Alexander Dreiling, David Hewitt, Soeren Balko, and Tobias Raubwith a mission to empower anyone to tell stories worth sharing. The Clipchamp team is dedicated to making a video app they would personally love and are proud to have the world use as well.

In a blog post, Microsoft Corporate Vice President for the Office Media Group Chris Pratley said: “Clipchamp’s technical approach is to combine the simplicity of a web app with the ability to process video using the full computing power of a PC with graphics processing unit (GPU) acceleration, something that was formerly limited to traditional video applications.”

The Clipchamp services are not yet available through a Microsoft licensing program, a Microsoft spokesperson told said in an email. “As we get further through the integration planning, we will have a process to eventually convert existing Clipchamp users/customers to Microsoft subscribers,” the spokesperson said.

The Brisbane, Australia-based Clipchamp currently has 92 employees, according to its LinkedIn profile page. Investors include Ten13 and Tola Capital. The start-up reported a 140% growth in exports in the 9:16 aspect ratio, which works with Facebook’s Instagram Stories and TikTok. Clipchamp is also used for screen recording and webcam recording.

In July Clipchamp said it had 17 million registered users, with adoption at over 390,000 companies, up 54% year over year. The Clipchamp website says Deloitte, Google, Microsoft, and Zendesk are among the companies that use its software. Before its acquisition, Clipchamp has raised a total of $15.3 million in funding over 4 rounds. Its latest funding was raised on Feb 11, 2020, from a Series A round. 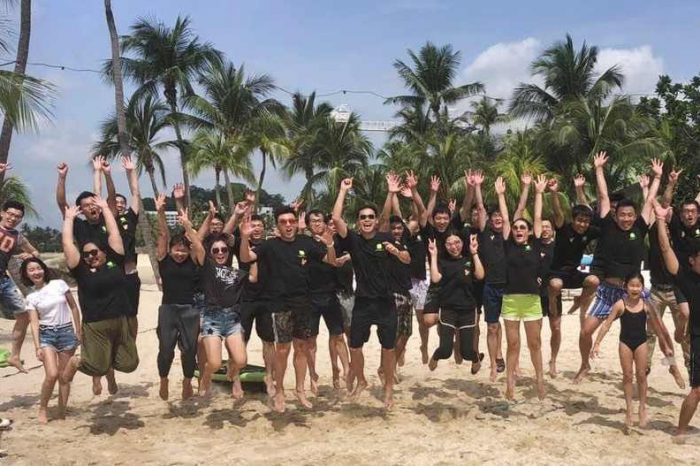