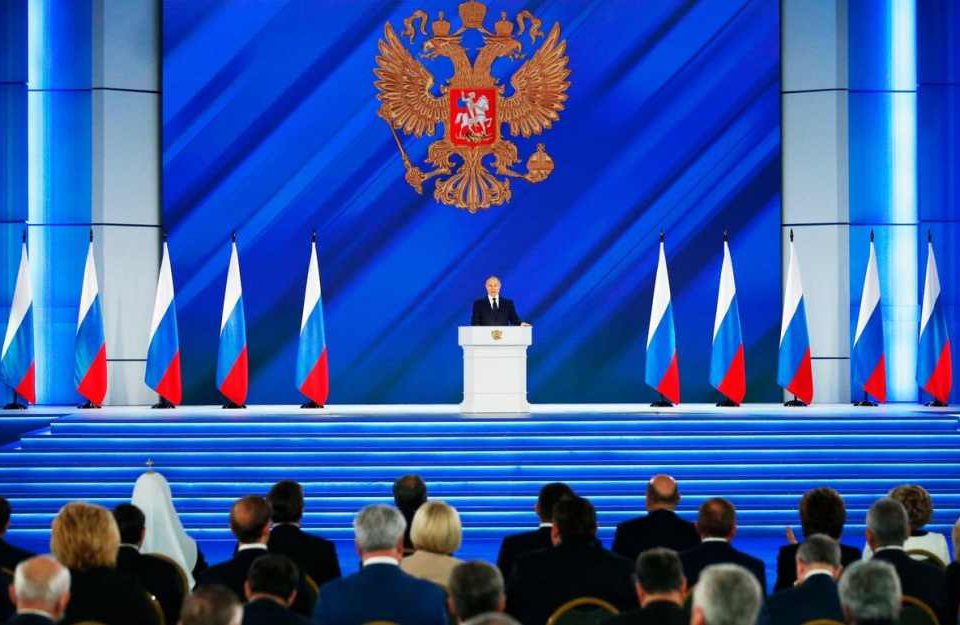 At Russia’s annual Valdai conference in 2014, President Vladimir Putin closed the speech with this popular phrase: “Don’t Mess With Mother Russia.” In recent weeks, military tension has escalated between Ukraine and Russia as Ukraine attempts to retake back Crimea from Russia.

Since the beginning of this year, Russia has moved some 28,000 troops to Crimea and the border region with Ukraine, which has resulted in threats and counter-threats between Moscow and Kiev. According to the Ukrainian military, 25 Ukrainian soldiers have been killed as the tension between Russia and Ukraine escalates.

Then on April 6, United States delivered military cargo to Ukraine as the tension between Russia and Ukraine escalates. Two days later, German Chancellor Angela Merkel demanded that Russia immediately reduce its troops’ presence near the Ukrainian border, according to a German government statement. Merkel conveyed the demand in a phone call with Vladimir Putin. It’s unclear if Germany has learned any lesson from what Russia did to its country during World War II. A war with Russia may lead potentially lead to World War III.

Since the beginning of this month, Russia has been warning the United States and NATO not to send any Western forces into Ukraine as it would trigger a severe reaction. Russia warned the West against deploying troops to Ukraine, saying such a move would escalate tensions nears its borders, amid renewed fears over the region’s long-simmering conflict.

Now, Russia is warning the United States and NATO again. Today,  Russian President Putin gave his 17th annual state-of-the-nation address to a joint session of the Russian parliament in Moscow, which is arguably his most important given the number of different crises the country faces both at home and abroad.

President Putin was clear and succinct in his warning to the United States and NATO saying, “I hope no one will think of crossing so-called ‘red lines’ against Russia, which we ourselves will define in each separate case. Russia’s response will be symmetrical, fast and tough. The organizers of any provocations threatening our core security interests will regret their actions more than they’ve regretted anything in a long time.”

Unlike smaller countries where the United States can just invade, a war with Russia is not going to be a walk in the park. Russia has more nuclear weapons than any other nation in the world. According to the public record, Russia has the largest nuclear arsenal in the world, with a stockpile estimated at 6,375 warheads, of which 4,315 are operational (both strategic, non-strategic, and reserve).

In addition, Russia’s large arsenal of 1,875 non-strategic warheads is not currently subject to any arms control limitations. Meanwhile, the United States only has 5,800. With experience fighting Hitler during World War II, Russia will do everything possible to defend its country.

Below are some key quotes from Putin’s speech:

“We behave in a restrained, modest manner. Oftentimes we do not respond to outright rudeness; we want to have good relations. We are not looking to burn any bridges.”

“I hope no one will think of crossing so-called ‘red lines’ against Russia, which we ourselves will define in each separate case. Russia’s response will be symmetrical, fast and tough. The organizers of any provocations threatening our core security interests will regret their actions more than they’ve regretted anything in a long time.”

“But now this practice is degenerating into something more dangerous — for example, an attempt to organize a coup in Belarus and an attempt to assassinate this country’s president…. The West is silent on this matter.”

“You can have any position on Lukashenko’s policies, but staging a goverment coup and planning the assassination of a head of state is too much.”

“It seems that everyone is already accustomed to the practice of imposing illegal, politically motivated sanctions, attempts to impose their will on others by force.”

You can watch the video of the entire speech below. 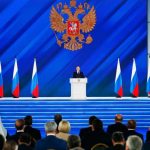