With the U.S. government spending of $10 trillion in the last 12 months and the interest rate at almost zero, rich investors and venture capitalists are sitting on trillions of dollars in cash. As worries about coronavirus continue to go down, venture capitalists now begin to invest in real assets and promising tech startup companies.

According to a report from CNBC, citing analysis from Ernst & Young and data from Crunchbase, the venture funding in the United States hit $64 billion in the first quarter, which equals 43% of the $1.48 billion raised in all of 2020, which was a record year.

That’s 7X the amount invested in digital health startups throughout 2019 when venture capital investments reached $8.9 billion. The Q1 2021 investment was also the highest amount ever for a single quarter and equal to 43% of all the venture money raised in 2020.

“We’re technically still in a pandemic and trying to come out of it,” said Jeff Grabow, U.S. venture capital leader at Ernst & Young, in an interview. “A year ago everybody thought we were sliding into the abyss. To have a record quarter like this is pretty amazing.”

According to Grabow, there were 183 venture deals of at least $100 million in the first quarter, more than half the amount for all of last year. The biggest deal was autonomous startup company Cruise’s $2 billion funding round in January, led by Microsoft. As part of the partnership agreement, Microsoft joined General Motors, Honda, and institutional investors in a combined new equity investment of more than $2 billion in Cruise, bringing the post-money valuation of Cruise to $30 billion.

Other big fundraise includes SpaceX which raised $850 million in February at a $74 billion valuation. 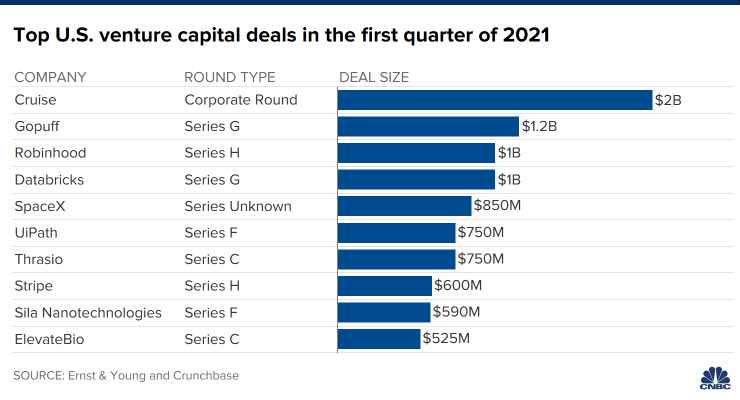 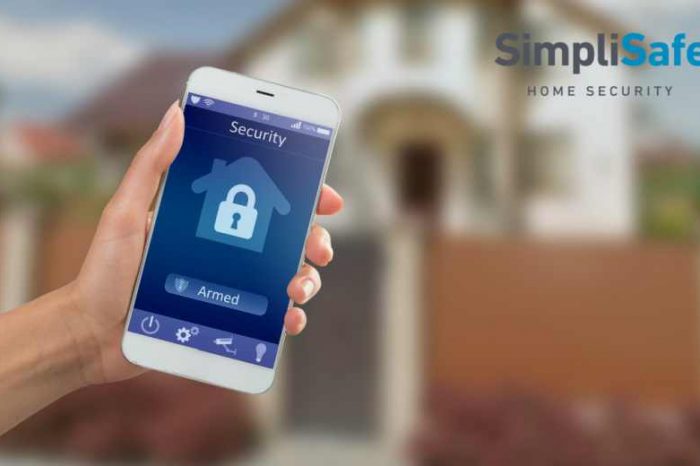 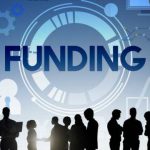