Elon Musk is now the world richest person with a net worth of more than $185 billion, surpassing Jeff Bezos

Yesterday, we wrote about how Elon Musk made more money in one year than Bill Gates’ entire net worth. Today, Tesla and SpaceX CEO Elon Musk just became the richest person in the world, with a net worth of more than $185 billion. Amazon CEO Jeff Bezos dropped from the number one spot to number two following Musk’s ascendance

Today’s increase in Tesla’s share price pushed Musk past Jeff Bezos, who had been the richest person since 2017 and is currently worth about $184 billion. Barely in the top 50 richest people, Musk started 2020 worth about only $27 billion. At the close of the year, Musk added a whopping $140 billion to his net worth, bringing the total to $167 billion.

Meanwhile, Amazon’s share price has remained more subdued due to the potential for increased regulation from Washington.

In 2020 alone, Tesla’s stock rose by 696 percent, making Tesla the most valuable car company in the world. Tesla’s market capitalization increased by more than $500 billion in 2020 and is now worth more than the 9 largest automakers combined, including Volkswagen, Toyota, Nissan, Hyundai, GM, Ford, Honda, Fiat Chrysler, and Peugeot. As of writing, Tesla’s shares are currently trading at about $800, up by about 6% in trading Thursday. The world’s largest electric car maker’s market value is now at $758.33 billion. 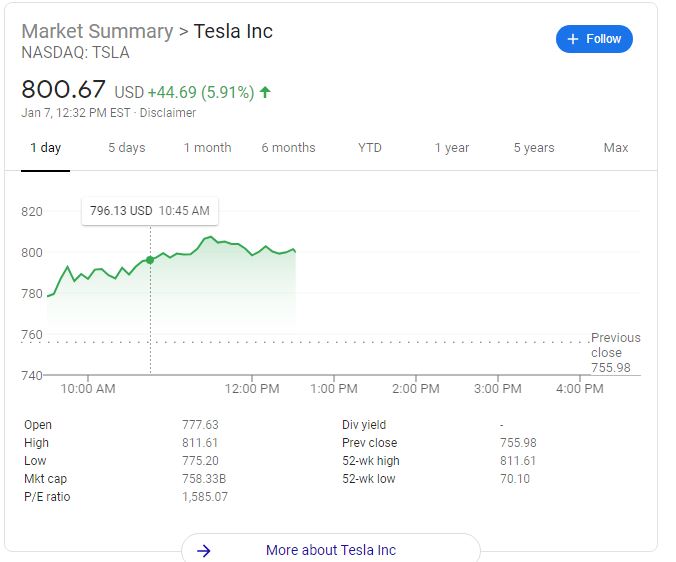 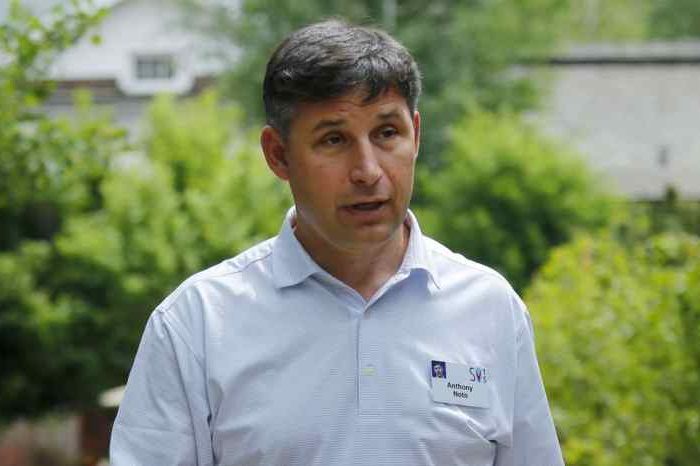 Elon Musk is now the world richest person with a net worth of more than $185 billion, surpassing Jeff Bezos