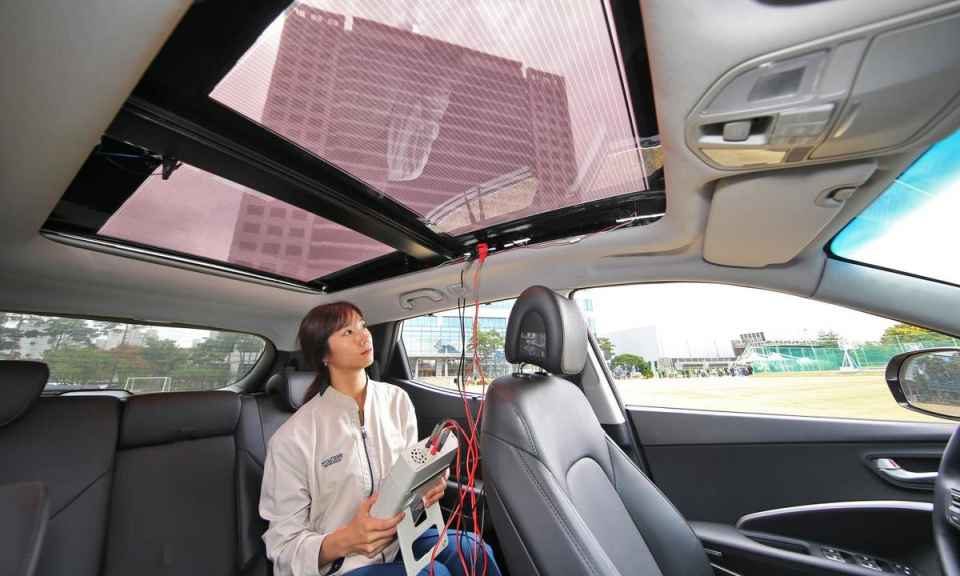 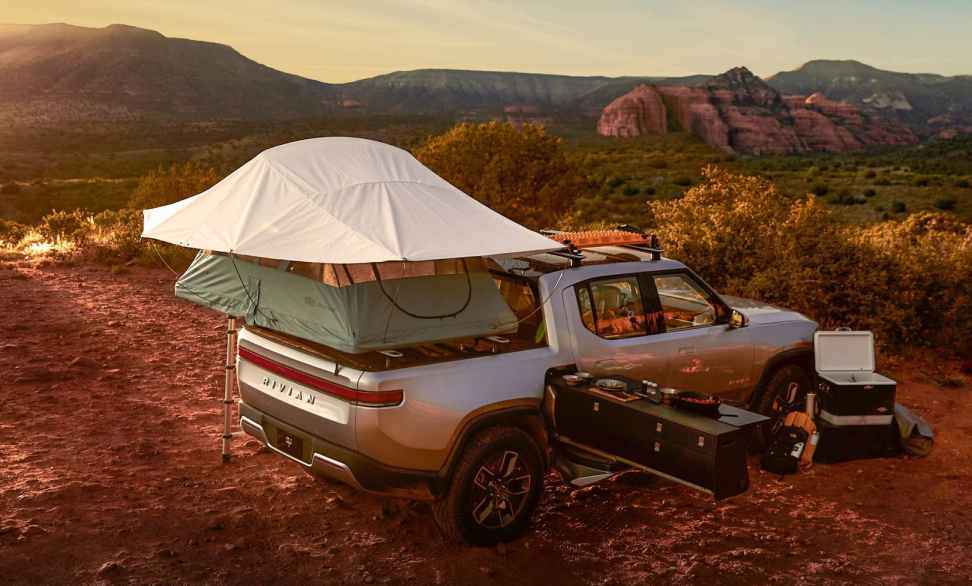 The secretive Electric truck startup Rivian has been in the news lately. With millions of gas guzzlers on the roads, Rivian believes it can reduce the Carbon dioxide emissions into the atmosphere, lower the carbon footprint and also make money doing good. Rivian wants to turn adventure vehicles–typically gas guzzlers–into fully electric cars. Late last year, the Plymouth, Michigan-based Rivian emerged from stealth mode with half a billion dollars in funding. Rivian announced it has raised additional $700 in equity investment round led by Amazon. The investment comes on the heels of Rivian’s reveal of the all-electric R1T pickup and R1S SUV at the LA Auto Show last November.

Founded in 2009 by Robert J. Scaringe, Rivian is the world’s first electric adventure vehicles. The company is developing vehicles, technology and services that inspire people to get out and explore the world. Rivian is an automotive technology company that develops products and services to advance the shift to sustainable mobility. With a team of more than 750 people, Rivian has development centers in Plymouth, Mich.; San Jose, Calif.; Irvine, Calif; and Surrey, England; along with a 2.6-million-square-foot manufacturing plant in Normal, Ill. Rivian plans to launch its R1T pickup truck and R1S sport utility in the U.S. in 2020, and begin introducing them overseas in 2021. Rivian is now accepting preorders on its R1T and R1S. 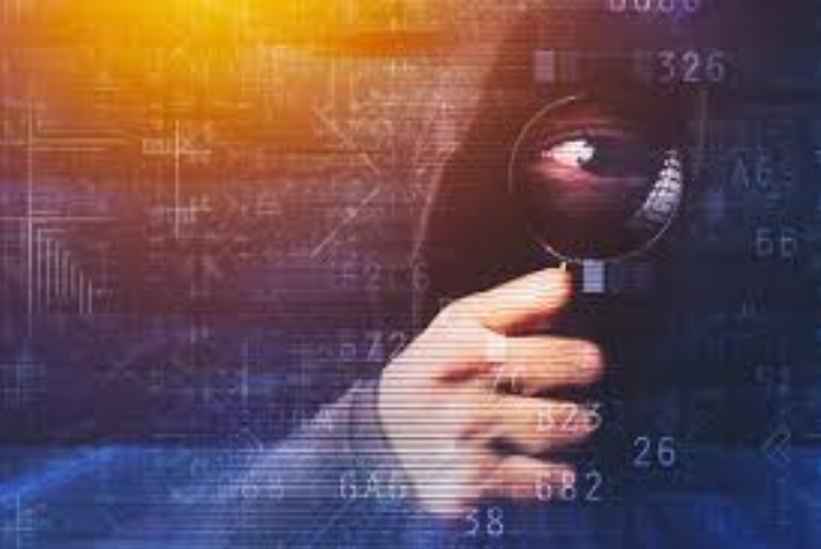 It’s time to kiss your privacy goodbye. We live in the age of social media where tech giants continue to track users’ activities across the internet without their consent. Just yesterday, FTC slapped Facebook on the wrist with a $5 billion fine that could potentially end an investigation into its privacy practices. This is a drop in bucket considering Facebook has a market capitalization of $585 billion. However, it turns out that Facebook has been tracking every images sent on its platform. Patrick Peccatte, a StackOverflow member, first raised the questions back in 2015. “Many images uploaded on Facebook contain IPTC/IIM fields which are apparently automatically added during the upload process: Special Instruction, a string beginning with “FBMD” and Original Transmission Reference, what is this?” Peccatte asked. 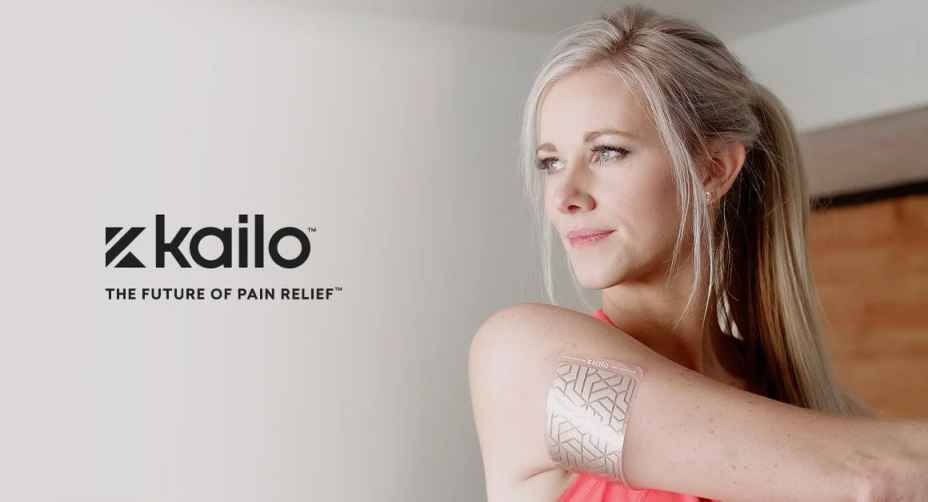 Kailo Labs, an Utah-based nanotech startup, has launched the world’s first nanotechnology-based bio-antenna for easy pain relief on the crowdfunding website, Indiegogo. With 9 days to go, KailoLabs exceeded its funding goal after raising over $200,000. Over 2,000 backers have now pre-purchased a Kailo, which begins shipping in July. “Pain is a huge problem,” says Kailo Founder, (and materials science engineer) Stuart Fetzer. “Thousands of people participated in our early research. Almost every one of them had the same reaction; ‘This is so weird!’ Kailo is astounding technology for relieving pain, naturally. Kailo is especially effective at reducing long-term, chronic pain,” Fetzer added. Kailo is the future of pain relief. Unlike other products, Kailo contains zero medication and adds nothing to the body. Instead, each Kailo contains billions of charged nano-capacitors that work like a bio-antenna. Kailo supports the body’s natural ability to relieve pain. 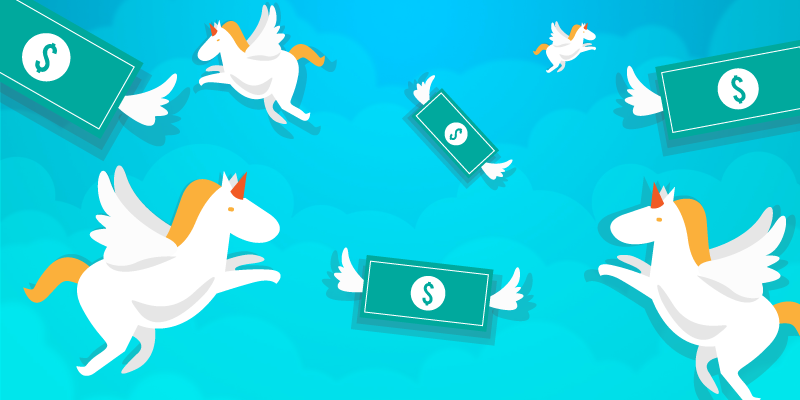 As of August 2019, there are now over 360 unicorns in the world. Variants include a decacorn, valued at over $10 billion, and a hectocorn, valued at over $100 billion. A unicorn startup or unicorn company is a private company with a valuation over $1 billion. These unicorns include industry leaders such as TransferWise, Monzo, AirBNB and SpaceX. We searched the Internet for publicly available data about these unicorns.  Using Linkedin, Bloomberg, Crunchbase, and Forbes. Most especially, we give credit to CB Insights for their invaluable insights. The lists of unicorn companies are maintained by The Wall Street Journal, Fortune Magazine, CNNMoney and CB Insights. If you know of any other unicorn startups, please contact us and we’d be more than happy to them to the list. 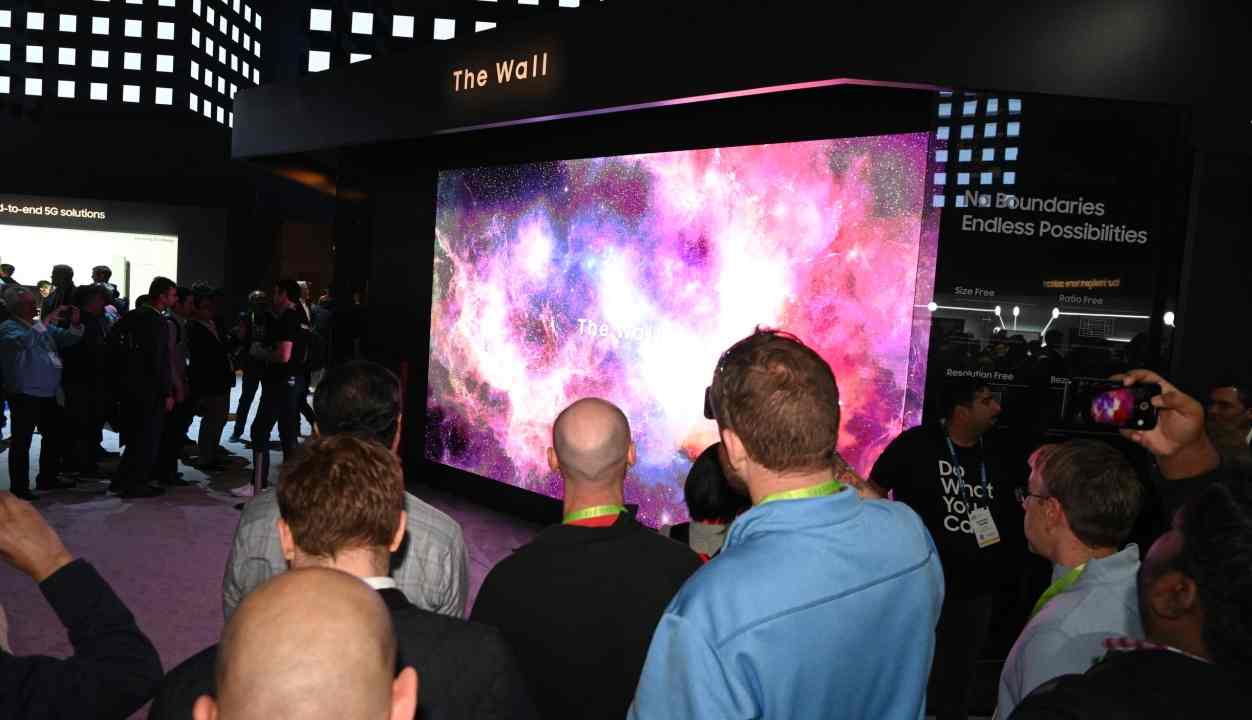 With prices of HDTVs coming down every year, an average American can now afford to have 50-, 60- and even 70-inch televisions in their homes. What about people dreaming 200-inch to watch their favorite sports? The 200-inch TV is here already. Don’t be surprised to see it at the electronic stores near you in about a year or two.  Samsung just unveiled a massive 219-inch TV called “The Wall.”

The company made the announcement during this week’s Consumer Electronics Show (CES) in Las Vegas. Samsung also launched a 75-inch version, which goes by a new moniker (The Window). Both TVs come with 8K resolution, which has four times the linear resolution as full HD and MicroLED technology. The Wall is getting closer in size to Titan Zeus, currently the largest TV in the world, a screen size of 370 inches and price tag of $1.6 million.

According to Samsung, “The Wall 2019” represents a new era in display innovation: a 219-inch modular Micro LED screen that can be tailored to consumers’ homes and lifestyles. The wall was launched in stealth mode in June 2018, the commercial industry version, The Wall Professional, has been providing viewers with exceptional immersive experiences, situated in large buildings and hotels. Yet ensuring that consumers can enjoy this superior picture quality in the comfort of their own homes presented its own unique challenges.

5. Andrew Yang will give $1,000 per month for the next 12 months to anyone who retweets his tweet and follows him by July 4th.

A little over a year ago, we wrote about Venture For America founder, Andrew Yang, when he announced he was running for president in 2020 and wants to give everyone $1,000 a month in free cash. Now, he’s back with a very genius idea to get followers on social media. Already, he has gained over 50,000 followers already from this tweet. At just $1,000 per month or $12,000 total, that’s the smartest advertising campaign of the year.

Yesterday, Yang said on Twitter: “I will give $1,000/mo for the next 12 months FREE to someone who retweets this and follows me by July 4th 😃 Let’s show why money is the answer & why this is the campaign for people. No purchase necessary. US citizens only.”

The offer is only available to US citizens only. You can see his tweet below. Yang is well-known in the tech community.

4. Most successful bootstrapped startups – 10 of the most profitable startups that started with little or no money. Every week we profile startups raising millions of dollars from investors, venture capitalists and startup incubators. However, you rarely see coverage of startups founded with little or no money. Starting this week, we want to start a new series featuring successful bootstrapped startups with over one million dollars in revenues that did not take money from venture capitalists (VCs) or external investors. The  founders of these startups overcame obstacles, persevered to build profitable companies with little or no external funding. Some started as a side project. Most of these startups started outside Silicon Valley. The secret to a successful bootstrapped startup is to first build an income generating business and use the profits to fund your startup’s first two year so you don’t have to raise external funding. You can see the entire list here. 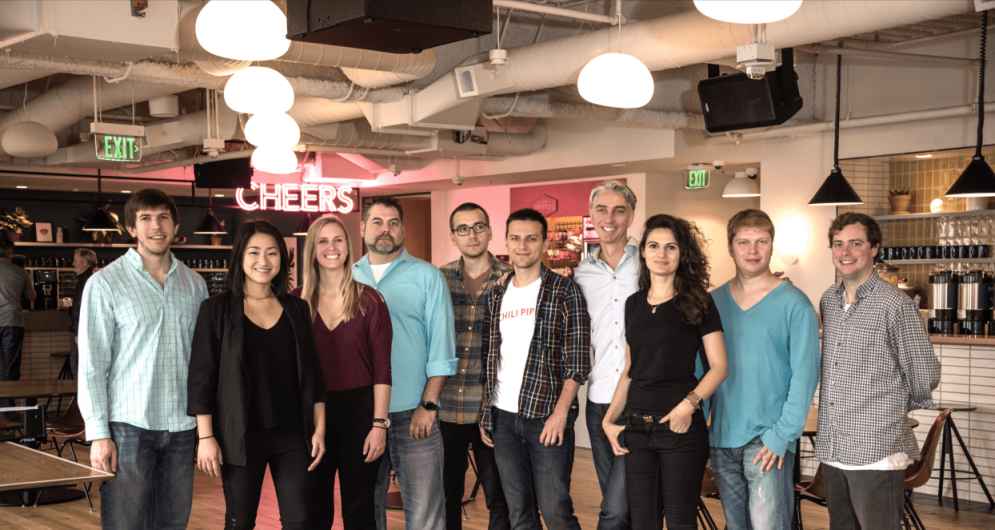 Chili Piper, an enterprise software startup that just bootstrapped past $2 million annual recurring revenue, has attracted a $3 million seed round led by Flashpoint Venture Capital. The fresh round will enable the company to support development of new solutions focused on “Buyer Enablement” – enabling businesses to help their buyers, extending its highly successful scheduling platform used by companies worldwide. Founded three years ago by Alina Vandenberghe, Ivan Dyachenko, and Nicolas Vandenberghe, Chili Piper is reinventing buyer engagement by enabling companies to book or connect prospects in real time from web forms. Chili Piper helps qualified leads automatically book a meeting or start a phone call right after they fill out a form on their website. Its scheduling platform is used by Square, Intuit, Twilio and more than 300 thought-leading companies for multiple use cases, from connecting prospects to sales reps instantly upon submitting a form to automating their on-boarding process. Chili Piper is a fully distributed company leveraging global talent with employees in 17 cities in 8 countries.

2. Jobot, a job startup founded by former CEO of Cybercoders and Co-founder of CareerBliss, is blending intelligent technology and experienced recruiters to help employers find the best candidates. 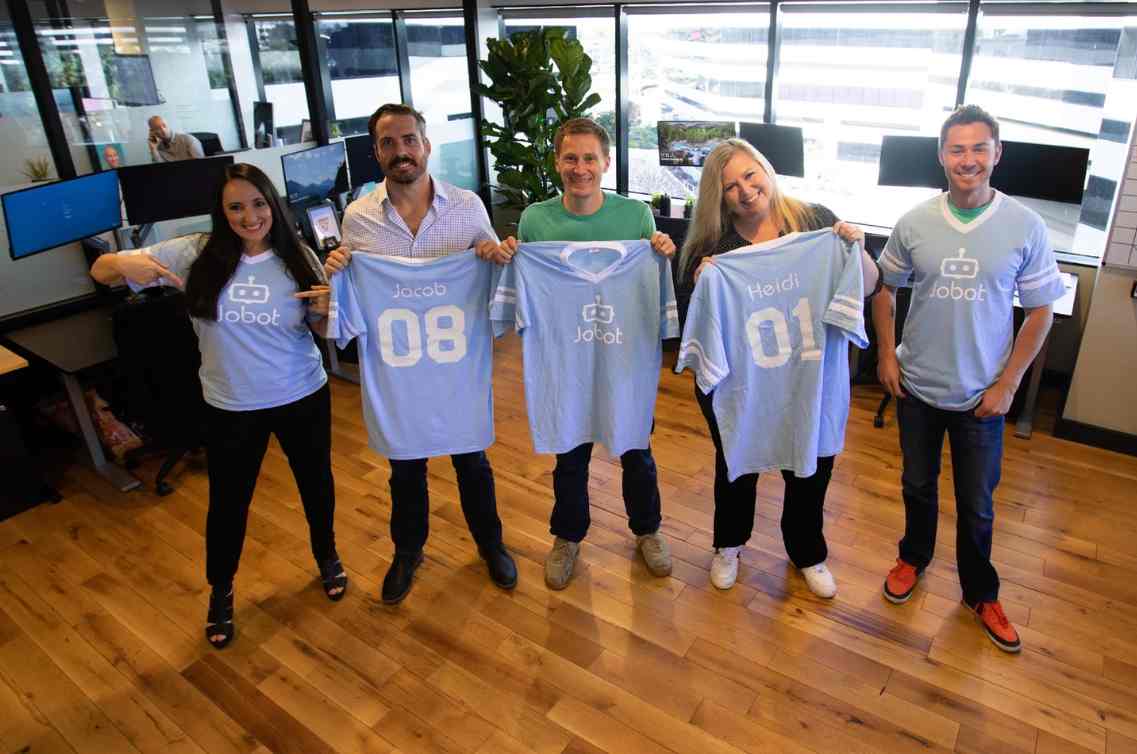 Finding the right job is like searching for a needle in a haystack. It is this problem that made Heidi Golledge, a renowned entrepreneur, Co-Founder and former CEO of CyberCoders and Co-Founder of CareerBliss, to start Jobot, a new job startup company. Unlike other job sites, Jobot is a career platform that blends intelligent technology and experienced recruiting pros to give employers the upper hand in finding the best candidates—even before they’re on the market. Launched last year, Jobot leverages intelligent technology and experienced recruiting pros to maximize candidate placements. Jobot also uses a recruitment model that makes for faster, more affordable hiring by providing tiered levels of assistance. Don’t let their simple website fool you. Behind the scene, Jobot utilizes advanced algorithms, the platform scours the web to identify ready-to-run talent and those likely to soon be on the market, then connects them with companies with or without the aid of real-life recruiters. 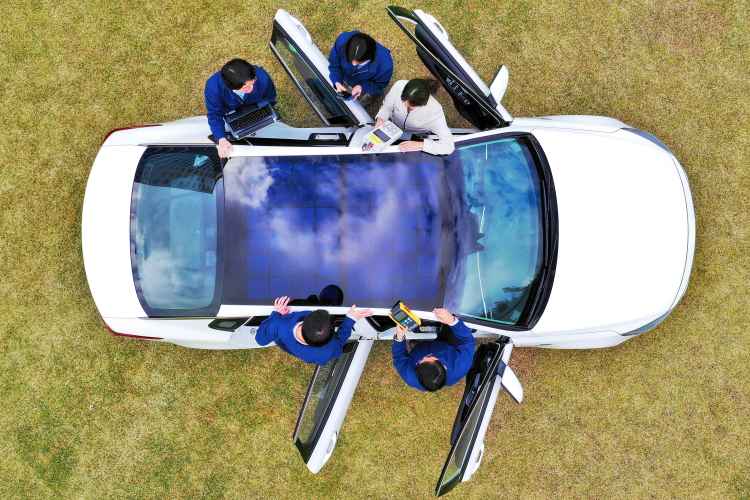 In August, Hyundai Motor Company announced the launch of its first ever car with a solar roof charging system. The company claimed the groundbreaking eco-friendly technology will provide vehicles with additional electrical power, as well as increasing fuel efficiency and driving range. According to the announcement, the South Korean car manufacturer said the technology would be used on the latest version of its New Sonata Hybrid and then introduced to other vehicles over the coming years. The system supports the vehicle’s electric power source, improving fuel efficiency and reducing CO2 emissions.

“The solar roof system includes a structure of silicon solar panels that are mounted on the car’s roof. Being able to charge even while driving, the solar roof system can charge 30 to 60 per cent of the battery per day. With 6 hours of daily charging, it is expected to increase drivers’ travel distance by an extra 1,300 km annually,” the company said. The system is composed of a solar panel and a controller. Electricity is produced when solar energy activates the solar panel’s surface, which converts this energy by using photons of light from the sun. This creates the electron-hole pairs in silicon cells, which generate solar electricity. 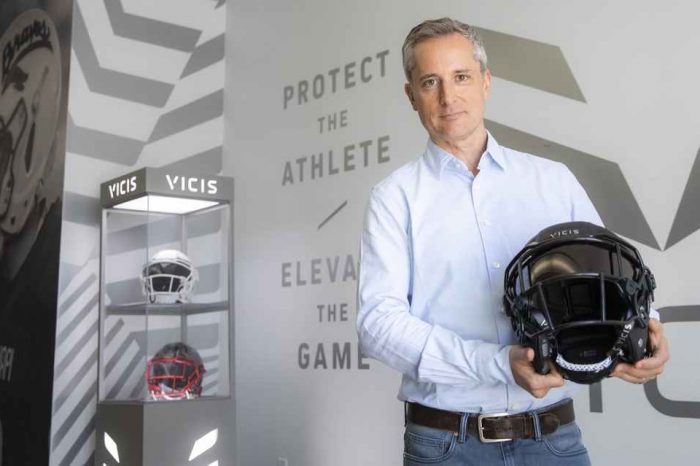