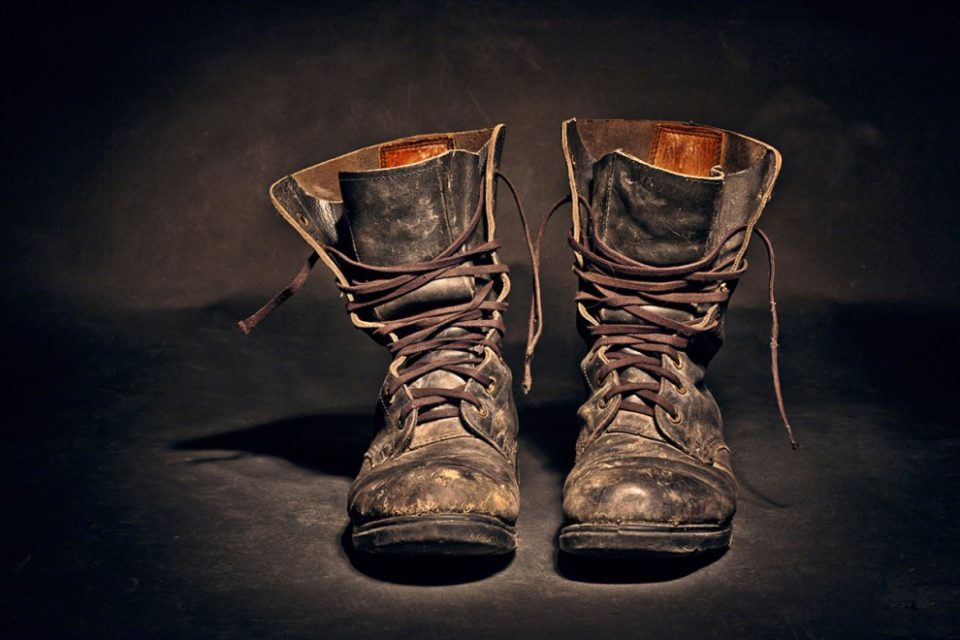 Every week we profile startups raising millions of dollars from investors, venture capitalists and startup incubators. However, you rarely see coverage of startups founded with little or no money. Starting this week, we want to start a new series featuring successful bootstrapped startups with over one million dollars in revenues that did not take money from venture capitalists (VCs) or external investors. The  founders of these startups overcame obstacles, persevered to build profitable companies with little or no external funding. Some started as a side project. Most of these startups started outside Silicon Valley. The secret to a successful bootstrapped startup is to first build an income generating business and use the profits to fund your startup’s first two year so you don’t have to raise external funding. Below is ten of the most successful bootstrapped startups.

About: MailChimp started as a side project funded by various web-development jobs. Now it’s the world’s leading marketing automation platform, and we send more than a billion emails a day. MailChimp democratize technology for small businesses, creating innovative products that empower our customers to grow.  As the backbone for customer relationships, they provide sophisticated tools anyone can use to grow their business and be successful. MailChimp is used to send marketing emails and automated messages, create targeted campaigns, facilitate reporting and analytics, and sell online. Over 15 million businesses and individuals – from community organizations to Fortune 100 companies – trust MailChimp to connect the right people with the right message, at the right time. The company is based in Atlanta, GA, MailChimp has 600+ employees and is still privately held.

About: The story of Kayako is one of the most inspiring and encouraging bootstrap stories I’ve ever read. It is a story of a young guy from a remote village in India. Kayako was founded in 2001 by Varun Shoor in Jalandhar, India. The startup later relocated its office to London, England. Varun Shoor started Kayako after dropping out of college. He learned to code when he was 13 years old, and started work on Kayako at the age of 17. Kayako has not taken any investment from external investors, which is rare for a Software as a Service (SaaS) startup. Kayako is a help desk software and customer service software that helps businesses be more productive and build customer loyalty. It currently has over 131000 customers.

About: Basecamp, formerly named 37signals, is a privately held American web application startup that started out of Chicago. The startup was co-founded in January 1999 by Jason Fried, Carlos Segura, and Ernest Kim. The company started as web design company with the popular Ruby on Rails-based app called 37Signals. Today, the company’s project management & team communication software is trusted and used by millions of customers around the world. The founders later became an icon of remote work and lean startup movements. Ruby on Rails, is a free web application framework created by David Heinemeier Hansson, one of the 37signals programmers. According to a 2017 article written by Jason wrote on article on LinkedIn titled: How one dollar made us worth $100,000,000,000 (that’s 100 billion), the company is npw worth over $100 billion. Yes, that is right, $100 billion, without a single dollar from external investors. Jason Fried is also of the author of the popular startup book called Rework. According to the founders, the success is attributed to developing a product, Basecamp, that customers love and also great product/market fit. Their product is also used by companies of all sizes.

About: Braintree is payment platform founded by Bryan Johnson. Johnson got the idea for Braintree while he was working at a part-time job selling credit card processing services to businesses. In 2003, he was hired for a commission-only job selling credit card services to businesses. “I was broke,” says Johnson. “The job was brutal. Business owners were tired of the industry’s deception and trickery and didn’t hesitate when given an opportunity to vent.” He took the work to help pay his bills while the real estate venture encountered difficulty. Johnson excelled and later became the top salesperson out of 400 nationwide, breaking previous sales records. He later moved from Utah to Chicago to attend graduate school at the University of Chicago Booth School of Business, he continued working for the same card-processing company. But by 2007, Johnson was sick of working for a big corporation. “I concluded that I’d rather live poor and hungry than work in a large, bureaucratic and political environment where I personally couldn’t see how my efforts created value,” He said. Then 9 months after accepting a management position at Sears, Johnson formed Braintree and approached some of his old customers to solicit their business. Braintree’s rapid growth was accelerated by clients in the technology industry including OpenTable, Uber, Shopify, Airbnb, Dropbox and others. While Johnson received $25,000 to start the company after winning a business plan competition from the University of Chicago in 2007, he otherwise bootstrapped the company before raising venture capital — $34 million in a Series A investment from Accel Partners — in June 2011. At the time, Braintree was processing about $3 billion in credit card payments annually and generating $10 million in revenue. The company was acquired by PayPal for $800 million.

About: ClickFunnels is an amazing story of how Russell Brunson, a Boise, Idaho-based founder, self-funded and built a $360 million dollar SaaS business. ClickFunnels is a fast-growing SaaS software company that helps entrepreneurs and online business owners build landing pages and sales funnels (sometimes called “marketing funnels”). Through the use of marketing sales funnels, good storytelling and offline engagement, Brunson’s company generated $30 million in revenue in 2016 earned between $70-90 million in 2017. Brunson also has  over 1 million people on his list to join his startup. ClickFunnels has been featured in Inc and Forbes Magazines.

About: BigCommerce was founded in 2009 by two Australians Mitchell Harper and Eddie Machaalani following a chance meeting in an online chatroom in 2003. In 2009, the two relaunched a hosted version of Interspire Shopping Cart called “BigCommerce” and opened its first U.S. office. They grew to 10,000 paying customers without money from external investors. The startup was 100% bootstrapped until July 31, 2011, when it closed $15 million in Series A funding from General Catalyst Partners. It was ranked the 14th fastest growing software company (#633 overall) on the Inc 5,000 list for 2010 and it now has 50 employees spread between its Sydney, Australia and Austin, Texas offices.

About: GitHub is a web-based hosting service for version control using git. It is mostly used for computer code. The idea behind GitHub is very simple: enables developer to share source code with everyone and make it public without having to pay anything. However, GitHub charges you if you need to hide your source code because it’s private and runs your business. GitHub started as a weekend project when Tom Preston-Werner discussed their idea for a git hosting site with his co-founders after a local programming meetup. The ideas was to create a platform to easily share code and learn about git, a git hub. It started more out of necessity than anything else. The startup bootstrapped for four years before raising funding. GitHub was also the winner of TechCrunch’s best bootstrapped startup of 2008. Over 12 million people now use GitHub to share code and build amazing things with friends and co-workers.

About: The story of iContact is the that of a founder who went from sleeping in his office and dumpster diving to running a $50 million email marketing and social media marketing software and services to small and mid-sized companies. Ryan Allis is the co-founder and CEO of iContact, a provider of e-mail marketing software. He dropped out of the University of North Carolina to launch iContact with co-founder Aaron Houghton. iContact currently has over 300 employees, 700,000 users, and $50 million in annual revenues. Ryan has been an entrepreneur since he started Allis Computing at age 11 in 1995.  Ryan is also the founder and chairman of Virante, Inc., a 15-employee Web marketing consulting firm based Raleigh, North Carolina, and the author of the book Zero to One Million. The founders bootstrapped in the early days of iContact before later sold to Vocus for $169 million.

About:  RightNow was founded in 1997 by Greg Gianforte in Bozeman, Montana.  Greg Gianforte does not believe in raising money from investors to build companies. “The best money comes from customers, not investors,” he said. Greg started the RightNow in 1997 without external capital and created a software product that was initially focused on customer service with an integrated knowledge base. As the company grew, it added marketing and sales functionality, voice automation, customer feedback management, analytics, and a social platform to its product, creating a full customer experience suite. Greg is a serial entrepreneur and also the author of the book titled: Bootstrapping Your Business. He was awarded the 2003 Ernst and Young Entrepreneur of the Year. RightNow employed over 1000 people as of 2011. The company had an IPO in 2004 and has passed $100 million in revenue. Greg later sold RightNow to Oracle for a reported $1.8 billion.

About:  The story of FusionCharts is a classic case study of a bootstrapped startup. Fusion Charts was founded by Pallav Nadhani at the tender age of 17. Fusion Charts started with the idea of Flash Charting- animated and interactive charts. What started as a way to earn extra income later turned into a huge business serving more than 21,000 customers across 118 countries. The company started out in Kolkata in 2011 when the company later opened up an office in Bangalore. The software is so popular that it was used by former President Barack Obama. Below is a photo of President Obama using Fusion Charts. FusionCharts’ flagship product, FusionCharts Suite XT, is used by over 80% of Fortune 500 companies. FusionCharts has 23,000 customers and 500,000 users in 120 countries, including technology giants such as Apple, Google, ZOHO, Cisco, Facebook, Intel, LinkedIn, Microsoft, Hewlett-Packard, IBM, EMC, Nokia, Tibco, as well as The Weather Channel, NASA, and the Federal Government of the United States. FusionCharts is 100% bootstrapped. The startup had $4.5 million in revenue in 2011.

Below are other bootstrapped startups: 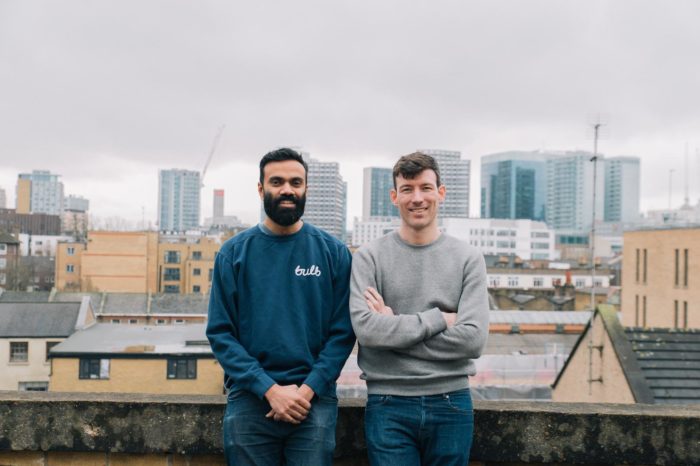 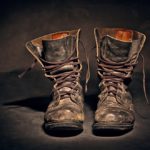