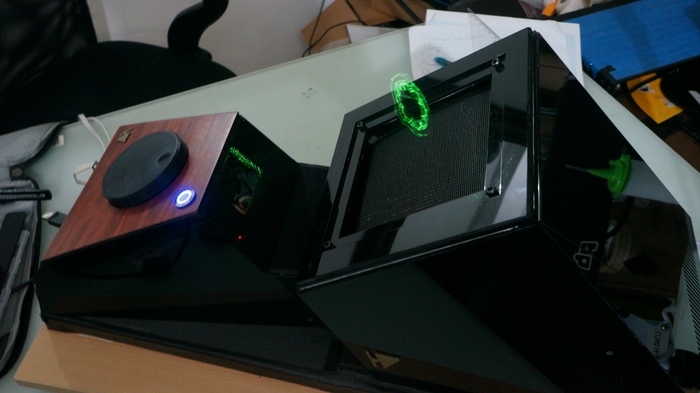 Holograms are cool  in science fiction – however there was no such attempts to take this thing mainstream. But with the help of a smart device for your computer, it’s now possible to make on-screen objects float in the air. It’s called Holovect, a holographic vector display which takes your digitally crafted objects and render them into touchable specks of light that seems to magically float in mid-air. It’s a tool designed to help CAD designers and 3D printing build makers to conceptualize their designs with the help of light. Not only it’s made for CAD, but games and other desktop applications will work with this as well.

The technology behind Holovect is advanced yet simply based on the principles of light phenomena. It’s a standalone laser-based holographic vector display, which is incidentally the first of its kind in the world. Thanks to its array of lasers, it is capable of transferring on-screen images onto the three-dimensional space by rendering a holographic light arrangement in air. It’s not some sort of a gimmick, since it displays a tangible 3D representation of a digital object in space with the use of light. There is an interplay of physical effects that make this possible: first, the refractive index of suspended materials in air create visible impressions of refraction, reflection, and diffusion, which enables our eyes to see light as it varies across a plane. Then, Holovect makes use of this refractive index to adjust and modify the intensity of light within certain air regions. The microprocessor built into Holovect then places a volumetric pixel that emits visible light within the air – this makes us see floating objects in mid-air.

What do vectors have to do with the tech behind Holovect? Holovect makes use of vectors, or simply coordinates, in order to locate air regions which it uses to project visible light. From your computer, you can use several 3D designing tools to plot vectors. From there, it takes adjusting these vectors depending on your chosen design to be sent onto the Holovect, and it does the rest. Thanks to this, Holovect can be used to visualize 3D objects from your design sheet, so you can easily see the end results even without printing them. By visualizing your on-screen designs, it’s easy to spot design errors and correct them before handing over to production or printing.

Holovect is made for open-source development, so third-party developers can make use of the holographic vector display for a variety of uses. These can include a glass-free holographic experience in games, art tool programs, and many other applications.

With the hardware capability to render holographic images in space, Holovect marks a step in helping creatives see their craft in a unique way. Its open-source development can help propel holograms to the mainstream. 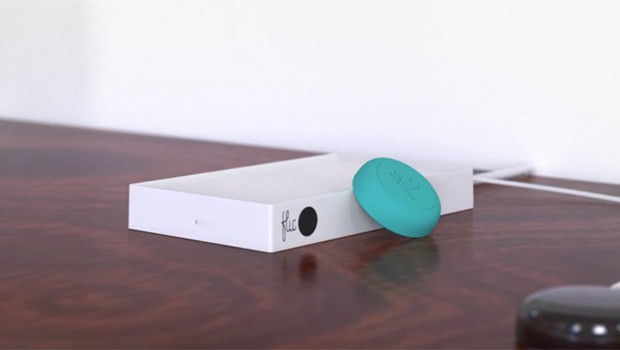 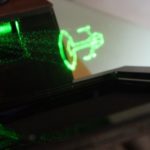