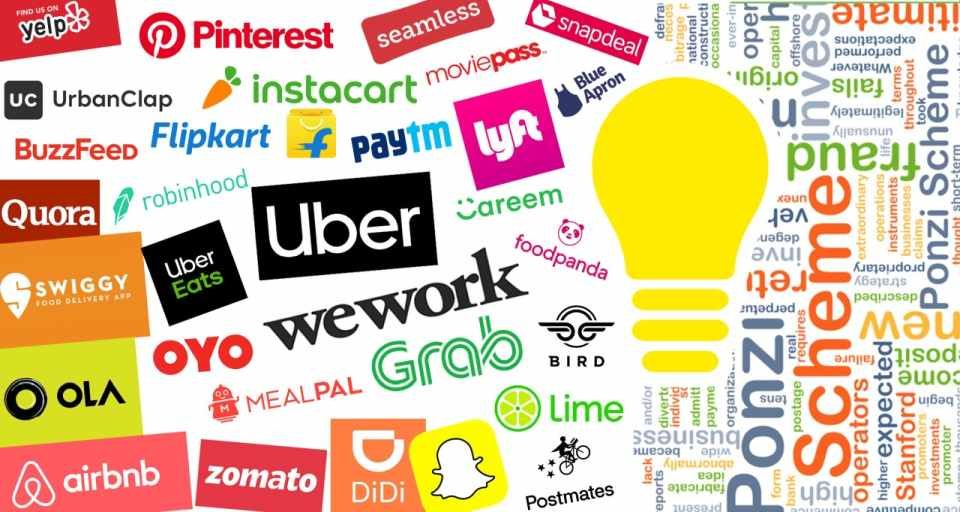 Every year, millions of startups are created globally. The story is no different in the United States where a record 5.4 million new business applications were filed in 2021 alone.

While Silicon Valley is known as a melting pot for entrepreneurial talent, big tech giants like IBM, Lockheed Martin, and Microsoft are established enough to produce a generation of new startup founders. But which companies are future entrepreneurs most likely to come from?

The infographic below shows, the majority of employees that go on to launch their own startups appear to come from just a handful of companies.

The relentless innovation culture within the tech industry makes it a hotbed of entrepreneurial talent. Major players in the sector, like Google and Microsoft, have produced several successful future business founders as a result of years at the top of the game. The OnDeck data also shows that 6.17% of former Twitter employees moved on to set up their own businesses. 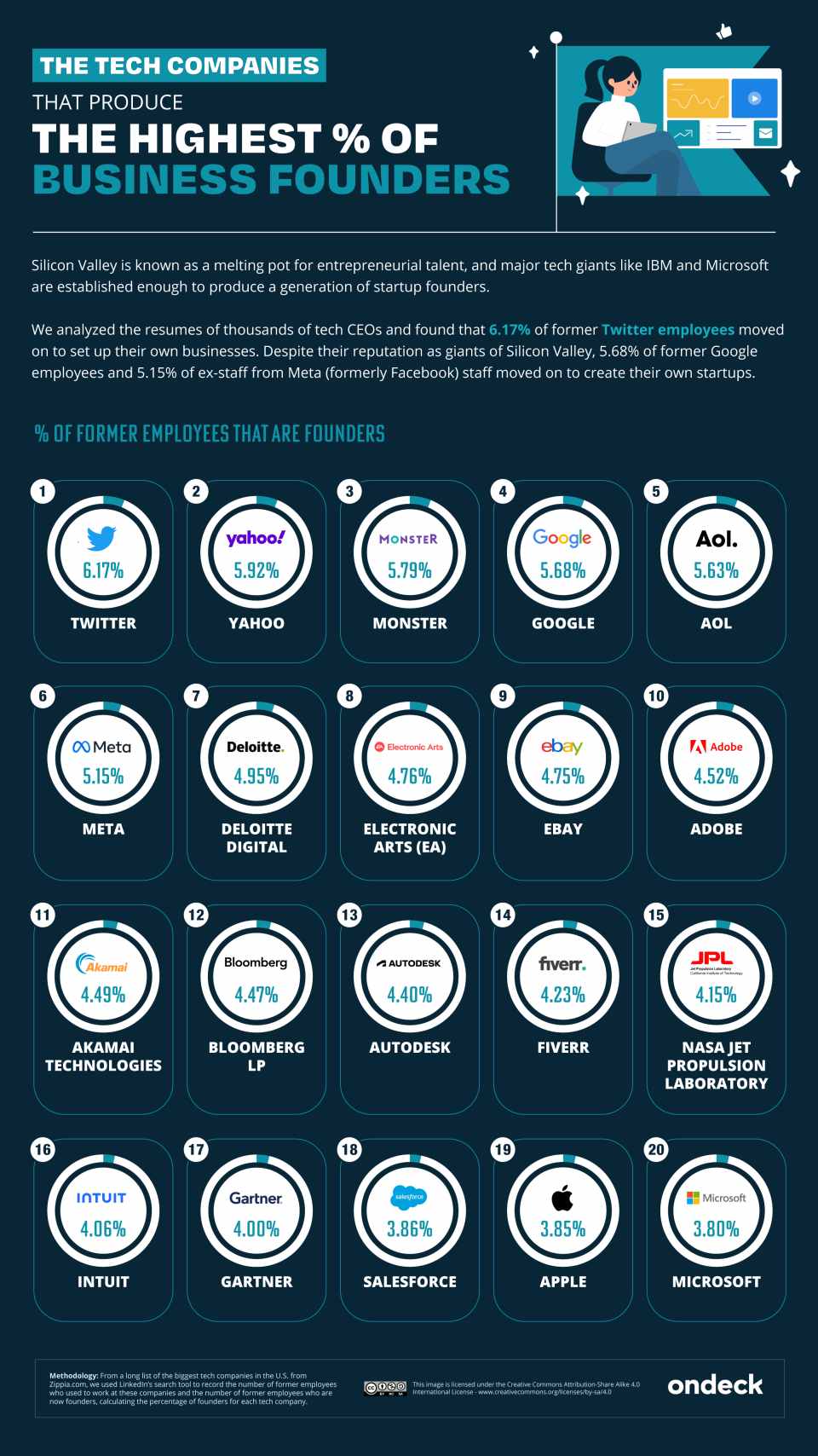 When it comes to entrepreneurship, one might think that future startup founders would cut their teeth in the big-tech world of Silicon Valley. After all, many of Apple’s former employees have left the company to form billion-dollar ventures over the years. However, our research shows that six of the ten businesses that produce future business founders are consulting firms.

Companies with former employees starting their own businesses

Finally, the OnDeck research also shows that at least one company in each state has seen 25 or more of its former employees start their own businesses. With 22,000 ex-staff in charge of their own ventures, IBM is the most prolific company in both their home state of New York and the U.S. overall at producing future startup founders. On the West Coast, 15,000 former staff at Washington-based Microsoft and 10,000 at California-based Google went on to start their own companies. 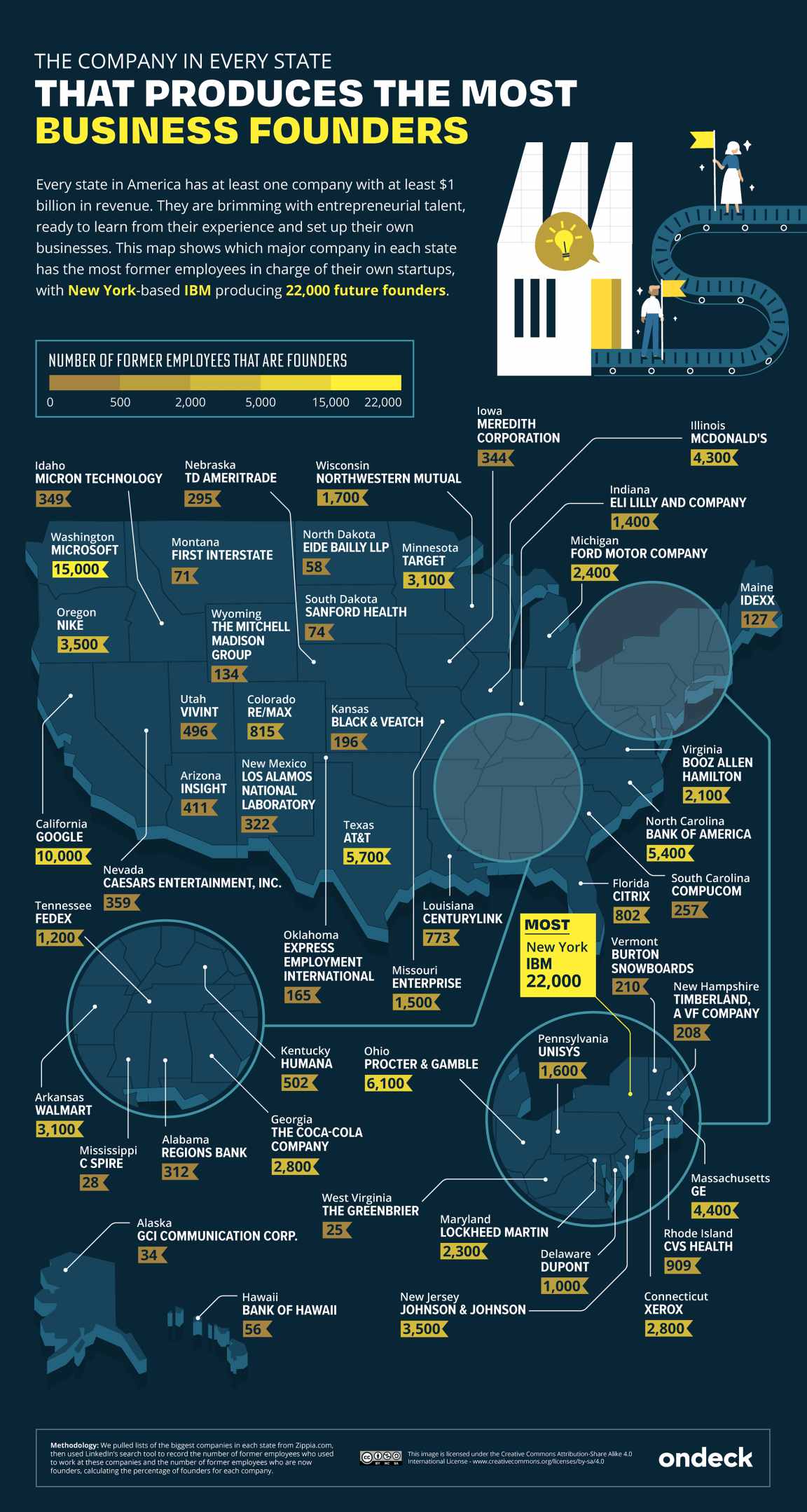 You can read the rest of the report here. 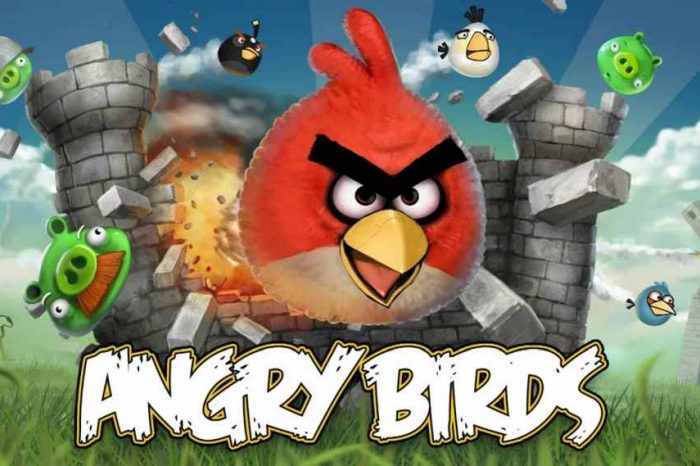 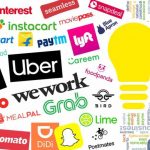