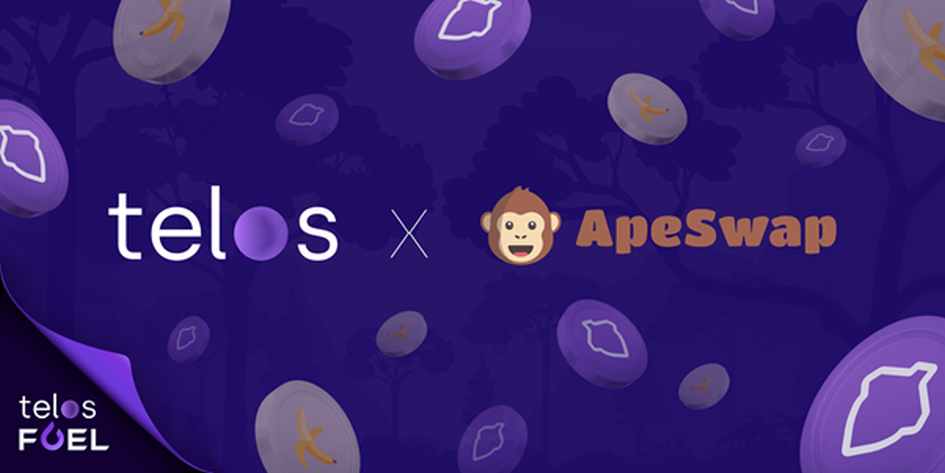 In May, blockchain platform Telos announced a strategic partnership with ApeSwap, an Automated Market Maker (AMM) trading platform on the BNB Chain. The partnership unlocks the ability for the Telos community to gain exposure to a litany of top-tier BNBc and Polygon projects.

Fast forward five months later, Telos announced today it has entered into an extended partnership with ApeSwap as part of its Telos Fuel Incentive Strategy and its ongoing exploration of the decentralized finance industry. ApeSwap is a decentralized exchange (DEX) platform that offers a full suite of tools to explore and engage with DeFi projects.

The news comes just a little over a week after Telos announced it has received a green light from its foundation and the Telos community to embark on the 54 Million TLOS incentivization plan to grow its DeFi ecosystem with Telos Fuel.

Following the partnership, Telos said that ApeSwap will roll out on its blockchain platform. The collaboration effort will also provide DeFi traders access to various new high-yield farming products. For the first time, all of these Apeswap products gain the benefit of Telos’ near-instant finality and no front running.

ApeSwap’s AMM will introduce new innovative capabilities and features to the Telos ecosystem and its users looking to optimize reward incentives.

With this news, Telos users can look forward to using ApeSwap DEX: extensive liquidity across six major tokens on Telos (BANANA, ETH, BTC, USDT, USDC, TLOS) and Telos Farms: the Stake LPs to earn TLOS. Telos users will also be to use Treasury Bills: Vest TLOS at a discount by selling your LPs and Bridging and Multichain, which enable Telos users can now easily and quickly bridge BANANA to Telos.

In addition, there will be a joint revenue share between ApeSwap and Telos for the first twelve months. That includes splitting 50% of all post-buybacks and burn DEX revenue. In addition, Telos transactions on ApeSwap DEX are subject to a 0.2% charge, used as follows:

Users who contribute liquidity to the Telos LPs on ApeSwap can earn the .05% LP provider fee on every transaction.

“Expanding to Telos will help ApeSwap further bridge the gap between web2 and web3. Through the incredibly fast transaction speeds and low fees available on Telos, we look forward to onboarding the next wave of new DeFi users on ApeSwap Telos!,” Julian from ApeSwap.

To fuel initial transactions, Telos will also airdrop 1 $TLOS to GNANA holders who have at least 1 GNANA in their wallet. A distribution snapshot will be taken on October 20 at 20:00 UTC to determine eligible wallets. Users who stake GNANA are also eligible.

The Telos EVM is the most powerful and scalable Ethereum Smart Contract platform built to power Web 3.0. Telos features a robust, third-generation, ESG-compliant evolutionary blockchain governance system, including smart contracts, advanced voting features, and flexible and user-friendly fee models. In addition, Telos supports the blockchain ecosystem by serving as an incubator and accelerator for decentralized applications through development grants.

Telos’ network can sustainably support hundreds of millions of transactions per day, produces blocks in 0.5 second intervals on a first-in-first-out basis (eliminating frontrunning on the network), offers a fee-less native and low per transaction cost EVM (<$0.10), and a fully decentralized block producer network.

ApeSwap is a leading decentralized exchange (DEX) on Binance Smart Chain and Polygon and offers users a top-tier trading experience. The platform features a wide range of DeFi products such as swaps, farming, and staking. Users are incentivized to pool liquidity on ApeSwap through yield farming to earn the native currency, $BANANA. Additionally, apes can use their earned $BANANA to stake and earn other tokens and unlock exclusive features. Built by DeFi apes, for DeFi apes, we have a dedicated team with years of experience who are committed to the DeFi community and growing the ApeSwap Jungle. 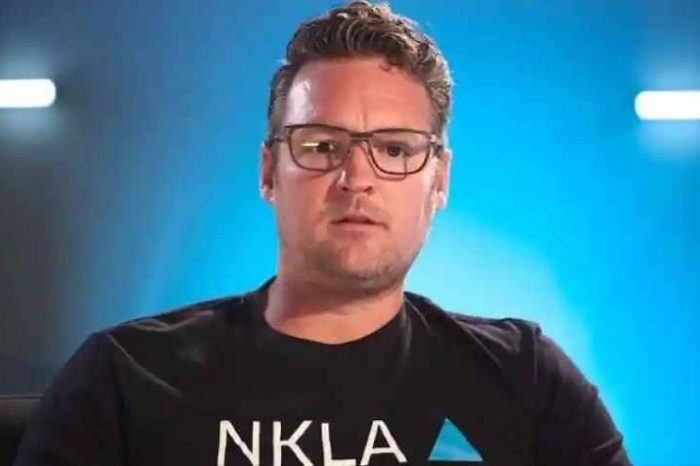 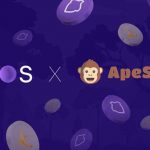