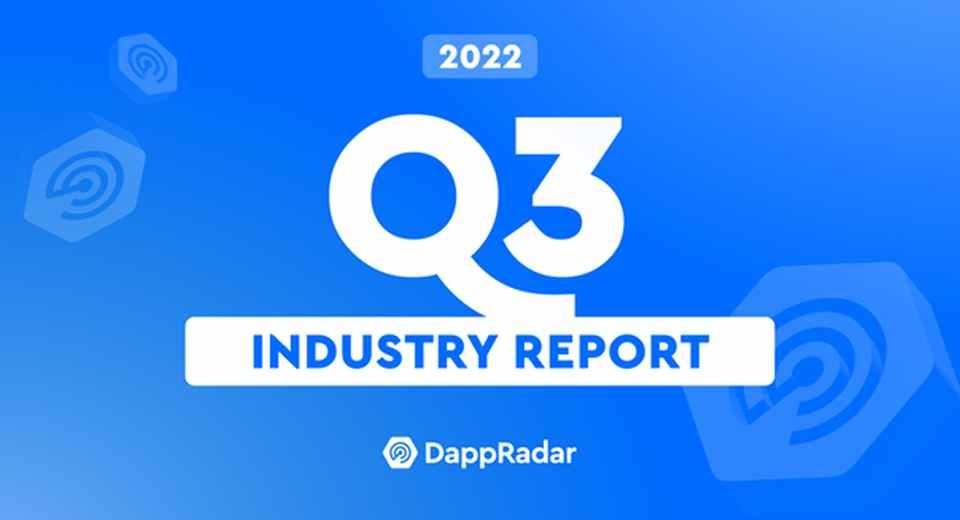 In August, we covered DappRadar’s blockchain industry report where we discussed how the crypto market has been seized by one piece of negative news after another. August was touched by several breaches, including the Solana wallet attack, the Acala and Nomad exploits, and the Tornado Cash sanctions, which significantly influenced DeFi TVL.

Nonetheless, August also brought some positive news, as the Ethereum network completed one of the largest test networks, Goerli, in preparation for the upcoming Merge. Now, DappRadar’s out with its Q3 Industry Report and the crypto industry appears to be riding out the bear market.

DappRadar‘s new Q3 Industry Report finds hopeful signs of recovery in the crypto economy despite a persistent bear market, with the market capitalization of cryptocurrencies still below $1 trillion.

While the impact of global interest rate rises and inflation continues to impact on crypto after the Terra crash, this report shows tentative signs of recovery with an 8.5% ($981M) increase in the market cap of cryptocurrencies in Q3, with DeFi’s TVL increasing by 2.9% ($69B), despite UAWs down 25% from Q2. The key crypto event of Q3, Ethereum’s merge, while a technical success, saw a 36% drop in Layer-2 transactions and a 27% drop in Layer-2 UAWs after the event. With Yuga Labs projects dominating the NFT market, NFT demand is still high with 21.9M trades in Q3. The dynamic GameFi continues to grow, with an increase of 912K UAWs compared to August.

The impact of the wider economy on crypto
The rising inflation and inflation rates within the global economy have impacted negatively on crypto markets despite a good start to Q3 for crypto as the total market cap reached over the $1 trillion mark. “Current macroeconomic conditions significantly influence the crypto market, making it impossible to foresee a worldwide expansion of cryptocurrencies without a general recovery in conventional financial markets,” the report concludes.

On a positive note, the EU’s approval of the Markets in Crypto-Assets (MiCA) regulations shows that governments are taking crypto seriously, In the US the White House published the “First-Ever Comprehensive Framework for Responsible Development of Digital Assets” in September, another sign that crypto has become a more mature industry. 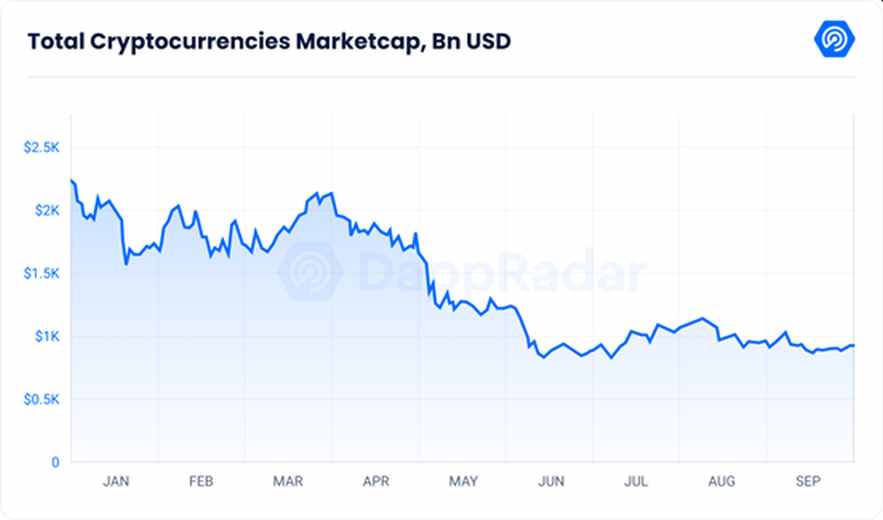 While Ethereum’s merge, moving to a proof of stake system, went as planned from a technical point of view it was unable to overcome a ten-month decline, indeed dropping 15.75% compared to the previous month. ETHW, the native asset of the Proof of Work chain that split from Ethereum at the Merge, continues to suffer as holders sell their airdropped coins in large quantities with a 76% decline in September. While Layer-2 activity, which rose before the merge, fell by 36% in transactions and 27% in UAW’s afterward. However, Optimism and Arbitrum have hit $1 billion in TVL, a significant increase from the previous quarter. Optimism climbed by 263%, whereas Arbitrum has increased by 35.555% both fueled by The Merge.

DeFi as a whole showed signs of recovery with a 2.9% growth in TVL from Q2. Ethereum remains the most dominant chain with its dominance increasing to 69% with $48 billion, a 3.17% growth from Q2. BNB is once again the runner-up with $6.6 billion in TVL, a 10.89% growth from Q2. Its dominance also grew, from 8% last quarter, to almost 10%. Tron’s TVL increased by more than 46% compared to the previous quarter, hitting $5.7 billion, making it one of the strongest quarters ever.

Crypto gains and losses in Q3

Crypto suffered losses amounting to $428,718,083 during the third quarter of 2022, with most stolen from Nomad Bridge, a cross-chain used for swapping tokens, which saw $190 million drained from the bridge contracts.In addition, an attack on Wintermute’s contracts, resulted in the theft of $160 million. Combined, these malicious events represent 79.85% of Q3 losses. “On a positive note, these figures indicate a decline of 62.9% compared to the third quarter of 2021, when hackers and fraudsters stole $1,155,334,775,” the report added.

The demand for NFTs is still high

Mirroring the picture displayed by the crypto market, the Q3 NFT market results had similarly mixed news, with $2.71 trading volume down 67% from Q2, while sales volume increased 8.3% from Q2. “The rise in sales indicates that the NFT business continues to be in great demand, whereas overall the drop in trading volume may be attributable to the decline in cryptocurrency values,” the report suggests.

While Ethereum’s NFT trading volume is down 76% from Q2, the number of NFT trades increased by 11%; Solana’s NFT trading volume is up 96% from the previous month, but still 63% down from Q2. Solana’s growth was driven by the launch of the y00ts collection, resulting in over $14.7 million in secondary sales. Overall during the bear market the top projects Yuga Labs: OtherSide, Bored Ape Yacht Club, Mutant Ape Yacht Club, and CryptoPunks constitute more than 46.21% of the whole NFT market cap.

The GameFi sector continues to grow
Blockchain-based games continue to be profitable with UAWs increasing by 8% (912K) compared to the previous month, indicating an upward trend. In August, The Sandbox Alpha Season 3 was launched, and till now over four million users registered with a wallet and more than 200,000 active users. Gameta was the best performer in gaming, it climbed the ranks in September, with over 1.9 million players.

While crypto is likely to be in a bear market for some time, the third quarter of 2022 was substantially better than the second, when the market had one of its steepest losses ever. It is also worth noting the steady trend of governments adopting cryptocurrency laws, particularly the efforts made to legalize stablecoin. “Undoubtedly, a further bull run will occur, and it may be much stronger than the last one. Each time the market has difficulties, it eventually becomes stronger and the quality of initiatives increases,” the report concludes. 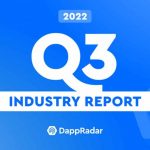