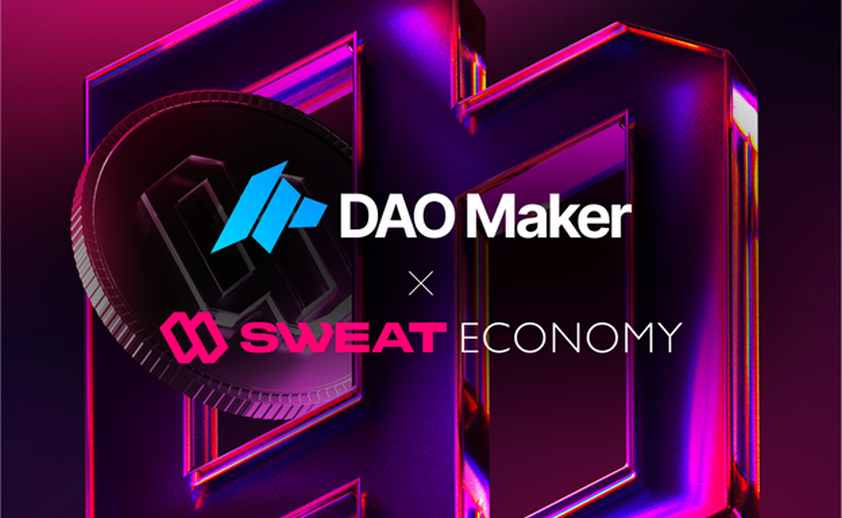 The Sweat Economy, the maker of the app that’s making a “healthier planet” and a “healthier, wealthier you,” is hosting its Web3 token sale for SWEAT on DAO Maker’s launch pad plus the release of its new Sweat Wallet product. The announcement comes less than a month after Sweat Economy raised $13M to accelerate its move into Web3.

For some of our audience who may not be familiar with Sweat Economy, it is one of the most popular online fitness ecosystems and the creator of Sweatcoin. More than 100 million people worldwide currently use Sweatcoin to turn their steps into “sweatcoins,” dubbed “airmiles for steps.”

Sweatcoin was launched in 2016, Sweatcoin and it’s the number one most downloaded health and fitness app of 2022, having spent time as the top overall app in 58 countries. The Web2 app incentivizes people to get more active through its native loyalty currency, sweatcoins.

What’s so great about Sweat Economy is that users earn sweatcoins for their daily steps, which they can then redeem for exclusive partner rewards and open access to special competitions, giveaways, and games. In Q1 2022 alone Sweatcoin users redeemed their sweatcoins for over $70 million worth of goods and services.

“The selection criteria is rigorous, with a focus on high potential projects or startups with a strong established user base. Sweat Economy has one of the highest user tractions ever among tokenized products. This gives it a brilliant fit for DAO Maker launch criteria,” said Hatu Sheikh, CSO and CMO at DAO Maker.

DAO Maker is the leading fundraising platform for tokenized startups with over 500,000 users and more than 100 projects funded, and an average peak performance of 4,000% for projects that launched in Q2 2022. Its launch process is compliant, intuitive, and speedy, ensuring the safety of end-users while enabling the process to be completed in mere minutes.

As you may remember, we covered DAO Maker back in April when it partnered with Unix Gaming. DAO Maker is one of the earliest crypto launchpads to enter the space. DAO Maker launched way back in 2019 – a very long time ago in the fast-moving world of blockchain development – and has become one of the most respected platforms for early-stage investors. Not only does it receive more traffic than any other launchpad, but the projects it has launched to date have raised just shy of $250 million, making it the third-biggest launchpad in the crypto industry in terms of market cap.

The launch of Sweat Economy’s new Web3 product, Sweat Wallet, along with a brand new cryptocurrency, SWEAT, is poised to disrupt the Web3 space and will see Sweatcoin’s proven and profitable economic model brought into the world of Web3, supercharging the value the app ascribes to movement. SWEAT will become the new coin of the realm in the Sweat Economy ecosystem, fueling its entire open economy of movement. Holders will be able to stake SWEAT within their Sweat Wallet to earn attractive yield and other amazing rewards, exclusive NFTs and games, and access to enhanced in-app features.

The Sweat Wallet app will allow for storing, sending and receiving SWEAT tokens. Its product roadmap includes a suite of features to turn the app into a Web3 portal, including a fiat gateway to buy SWEAT and other cryptocurrencies, crypto-to-crypto exchanges, NFT marketplace integration, and much more.

“We have been planning the launch of SWEAT since 2016, when we first thought about creating currency out of movement. We are delighted the day is finally here, yet we know that the launch is just the beginning. We cannot wait to keep building a product people love, to expand and develop a true open economy of movement, and thereby inspire everyone, around the globe, to move more,” said Oleg Fomenko, co-founder at Sweat Economy.

Upon launch, Sweatcoin users will receive one SWEAT for every sweatcoin they possess, while still retaining their original sweatcoins. This means no barrier to entry, enabling anyone to start minting SWEAT with their steps with no purchase required. This mechanic is poised to make Sweat Wallet the largest on-ramp of Web2 to Web3 users in history.

To date, over 12 million users have already opted in to receive SWEAT, which will be hosted on the DAO Maker launchpad on September 5 at 12:00 UTC.

Founded in 2015, Sweat Economy is on a mission to promote healthier living by encouraging people to move more. Over 110 million global users trust Sweatcoin to incentivize their daily movement with the app, currently the most downloaded Health and Fitness app in the world. The Web2 app awards ‘sweatcoins,’ dubbed “Airmiles for steps” that can be redeemed for branded products, digital services, and charitable donations.

Sweat Economy is now focused on leveraging Web3’s many opportunities to bring its users even more rewards. This year will see the release of SWEAT and the accompanying Sweat Wallet App, with a Token Generation Event scheduled for September 13th at 12:00 PM UTC.

DAO Maker is reinventing venture capital for the masses, becoming the go-to platform at the retail level in both equity and tokens. Launched in 2017, the DAO Maker ecosystem has rapidly grown to include more than 500,000 users, hosting successful IDOs/SHOs that resulted in more than 100 projects getting funded. DAO Maker’s ultimate goal is to transform how personal finance works by breaking down existing boundaries. 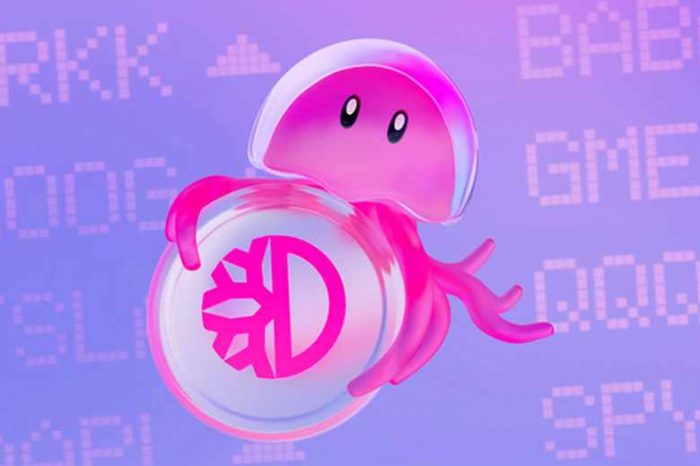 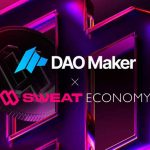