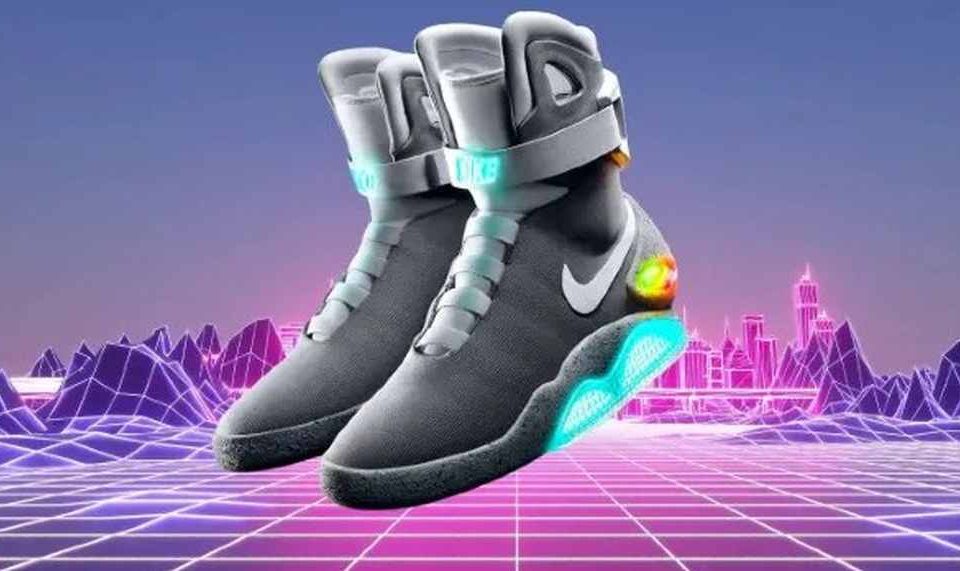 Non-fungible token (NFT) have become the new buzzword with ever-growing interest, both within and outside the crypto community. Since its popularity a year ago, crypto-enthusiasts, celebrities, and brand marketers jumped on the NFT train hoping to cash in.

However, the NFT entered a bear market early this year and sales have been in a freefall ever since. But not for Nike, the world’s largest and most valuable sports footwear brand. Nike, with its loyal fanbase, first entered the world of NFT and Metaverse late last year with the acquisition of an NFT startup called RTFKT Studios to accelerate its digital transformation. The terms of the deal were not disclosed.

RTFKT was founded in 2020 by Benoit Pagotto, Chris Le, and Steven Vasilev. The startup leverages the latest in game engines, NFTs, blockchain authentication, and augmented reality to create one-of-a-kind virtual products and experiences.

Then April of this year, the company introduced its first collection of virtual sneakers, Cryptokicks collection, which included 20,000 NFTs, one of which was designed by Takashi Murakami. One of the NFT sneakers in the collection was purchased for a staggering $134,000, according to a report by The New York Times.

“The mechanics around NFTs and sneakers are pretty similar,” said Jurgen Alker, who runs the NFT studio for Highsnobiety, the lifestyle site that covers streetwear and sneakers. “Both are created around scarcity and drops. It is about community, status, and belonging to something.”

Fast forward a few months later. The numbers are in. Nike rakes in a total of $185 million in NFT sales, according to statistics from Dunn Analytics. The athletic brand also dominated the list of highest-earning brands from NFTs, with earnings topping the combined NFT sales of the next four companies, including Dolce & Gabanna, Tiffany, Gucci, Adidas, and Budweiser. 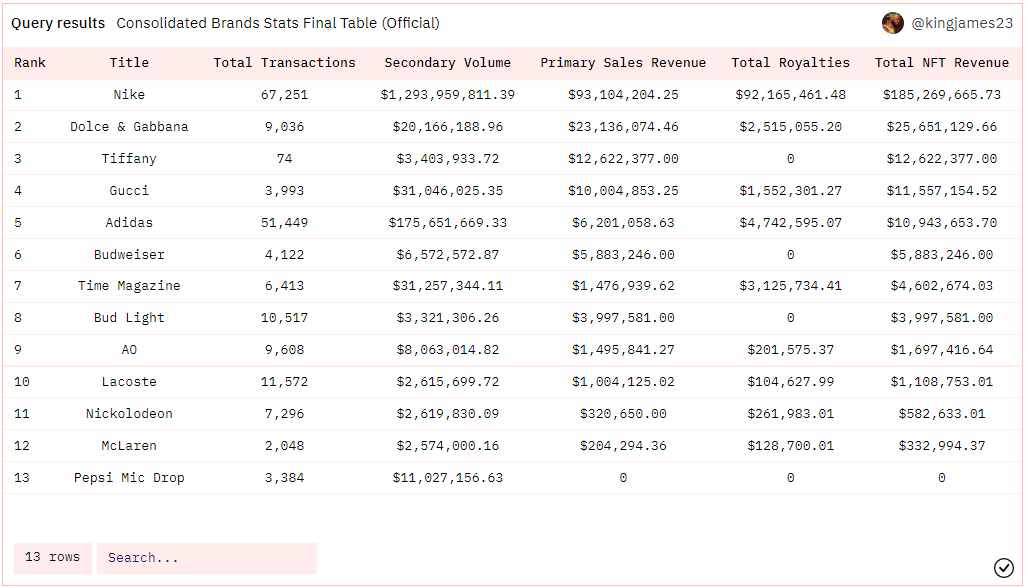 Although the $185 million in NFT revenue represents less than 1% of Nike’s $46.7 billion in annual revenue, the number is nonetheless impressive. It’s also further proof that NFT continues to gain traction and mainstream adoption considering a 95% drop in monthly trading volume, from total NFT sales of $800 million in August versus nearly $17 billion in trading volume across all platforms in January 2022.

Below is a breakdown of NIKE NFT sales.

Facebook's Meta agreed to pay $37.5 million for violating users' privacy and tracking their movements through smartphones without their permission 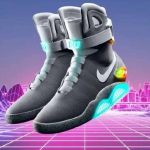