It was recently reported that 8 new users join TikTok every second, with an average of 650,000 new users joining on a daily basis. Now, Higher Visibility, an SEO firm that offers a full range of interactive marketing services, is now out with a new report about the future of TikTok growth.

In the report, Higher Visibility used predicted statistics and compared TikTok growth to population data for countries and continents worldwide to give a total predicted year-on-year growth figure to provide some extra context of just how significant the reach and influence of the app are now, and what could become of it in the future.

TikTok data was based on a recent prediction of 8 new users per second. Country data is sourced from ourworldindata.com with annual deaths subtracted from births to give total growth.

As of 2018, TikTok had already amassed a total of 271,188,301 users – surpassing the total populations of Spain, Italy, France, and the entirety of the UK combined in its first full year.

As of 2019, TikTok users had almost doubled to 507,552,660. Meanwhile, the world’s population increased at a slower rate with a growth of just over 1% on the previous year.

It was reported that TikTok celebrated a milestone of 1,000,000,000 users in 2021. As of this year, the platform had more users than the total population of Japan, the Philippines, Egypt, Vietnam, Turkey, Canada, Germany, Thailand, Spain, Italy, France, and the UK combined (977,106,058) after just 4 years in circulation. 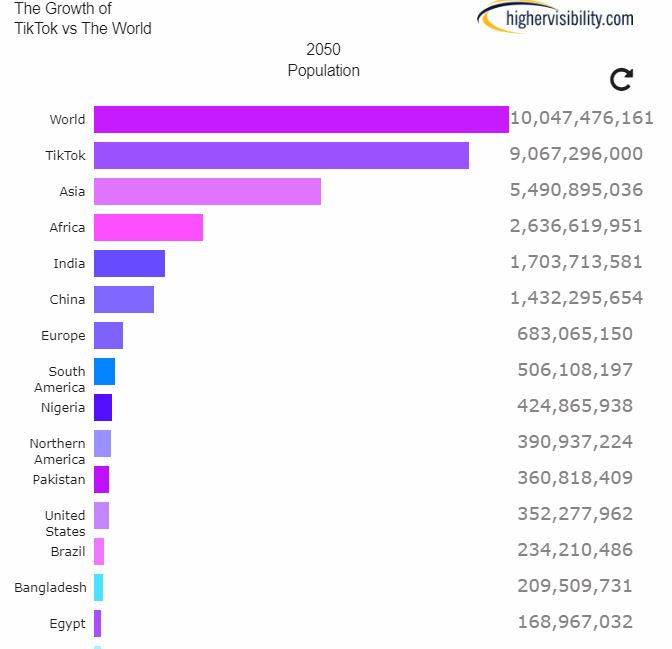 To really see how TikTok’s growth has the potential to progress in years to come, Higher Visibility took the study even further into the future and analyzed it every year from 2017 – 2050. The platform is predicted to reach an incredible 9,067,296,000 total users by 2050. To put this into context, that is equivalent to just over 90% of the entire world’s predicted population.

TikTok data was based on a recent prediction of 8 new users per second. Country data is sourced from ourworldindata.com with annual deaths subtracted from births to give total growth.

You can read a full write-up of the study here: https://www.highervisibility.com/blog/how-fast-is-tiktok-growing/ 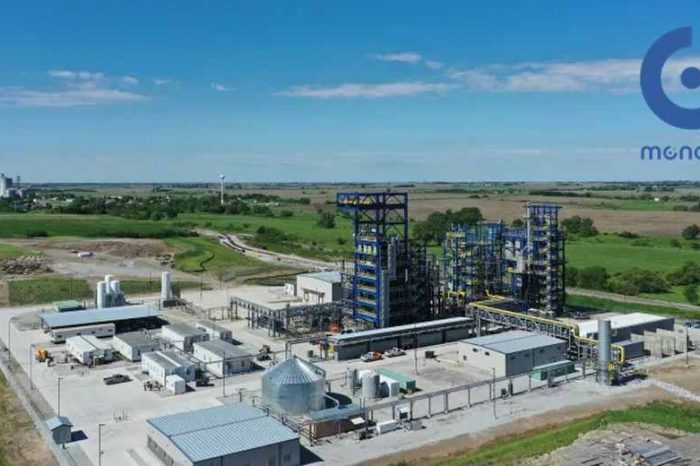