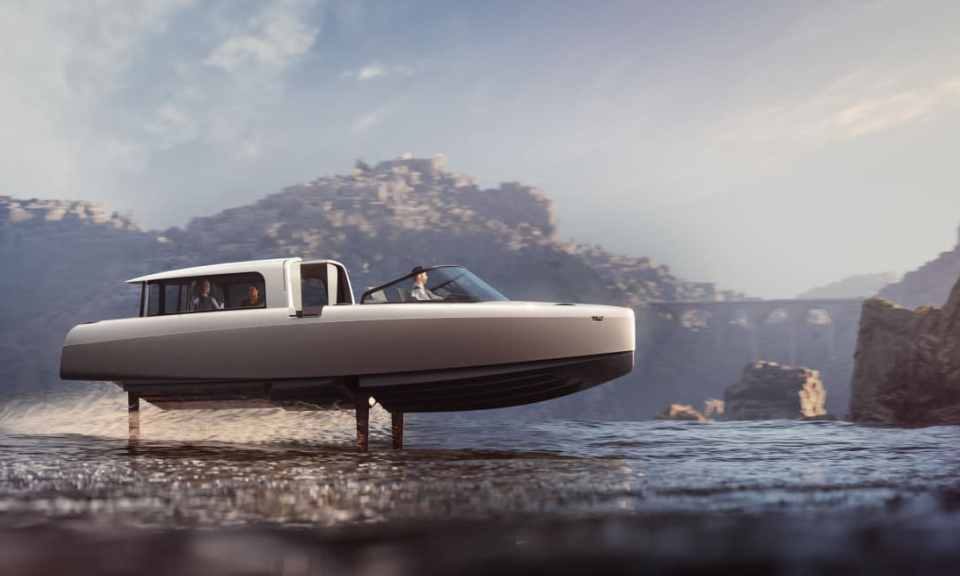 Candela first made the debut of the world’s first flying electric-powered hydrofoil speedboat in September 2020 on Switzerland’s lakes. With zero emissions, the Candela Seven can hit speeds of 55 km per hour when its foils lift it out of the water. As we reported back in March, Candela entered the US market with the opening of its first US test drive center in San Francisco to demonstrate its revolutionary hydrofoiling boats.

Today, Candela unveiled the next generation of its electric passenger boats in Venice. The new foiling Candela P-8 Voyager lets its passengers travel silently and comfortably through wake-sensitive areas or over delicate coral reefs, without leaving a trace.

To fully appreciate the efficiency of Candela P-8 Voyager, it’s important to first understand how conventional taxi boats or yacht tenders with big combustion engines work. As their hulls displace water, waves are formed that erode shorelines and damage coral reefs and other sensitive ecosystems. Other problems include oil spills, emissions, and sound pollution. According to reports on the Great Barrier Reef, the noise from boat engines can even cause fish to die prematurely from stress.

With all the adverse effects of the conventional speedboats and the problems they posed to the environment, there has been no sustainable alternative – that is, up until now.

To date, Candela is the fastest electric craft, with the longest range – yet it uses a staggering 80% less energy than traditional powerboats at high speeds. The startup is setting new standards for electric vessels with its hydrofoiling, long-range electric craft. 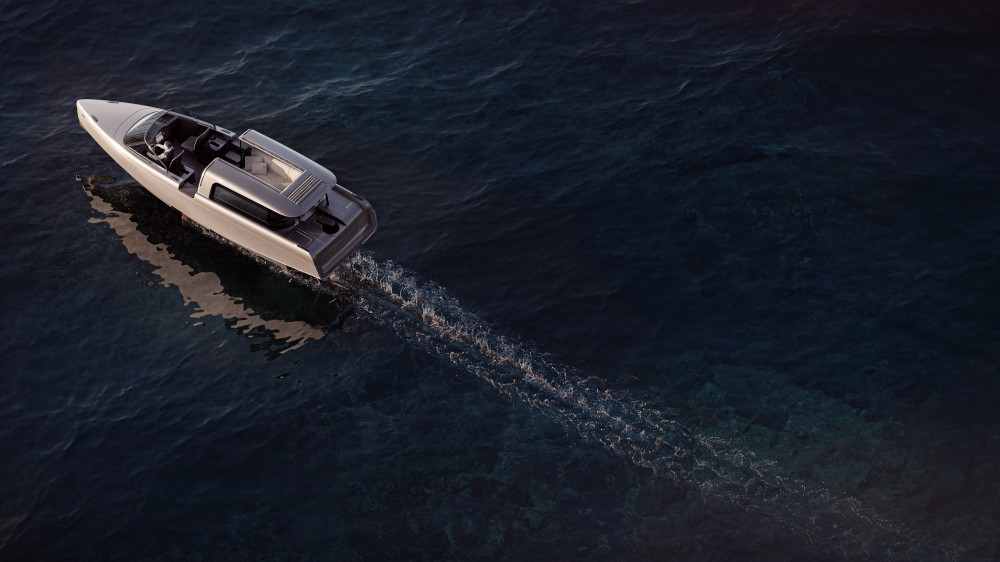 The wake of P-8 Voyager is only 5 cm high, thanks to the efficiency of Candela’s hydrofoils.

Leave no trace behind

Gliding silently across the water, Candela’s P-8 Voyager barely leaves a trace on the water’s surface. Its hydrodynamically shaped foils form a tiny 5 cm high wake that is hardly noticeable by marine creatures or causes erosion to beaches or coral reefs. Yet, with its Candela C-POD motor at full rev, it tops out at 30 knots and has a range of 50 nautical miles at cruise speed – going faster and further than any other electric boat. And it doesn’t have to slow down for waves either: 4-foot swells will hardly be noticeable for passengers enjoying the scenery from their air-conditioned panorama cabin. 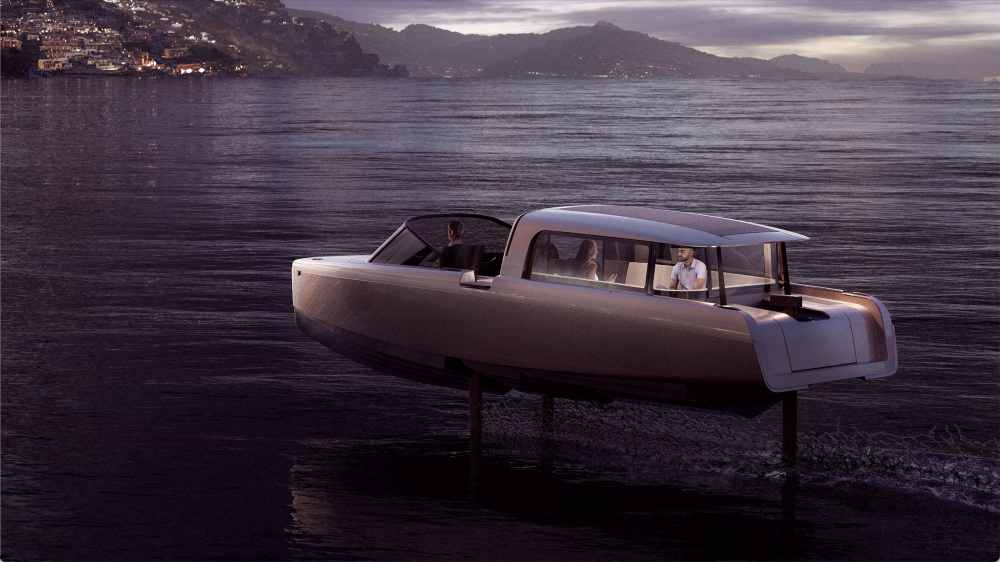 The P-8 Voyager is built in Sweden using Candela’s computer-guided foils, or underwater wings, that reduce energy consumption by 80% compared to traditional motorboats. Gliding above the friction of water, the P-8 Voyager draws only about 25 kW from its Candela C-POD motor when cruising at 20 knots.

The hydrofoils are the key to achieving long-range and high speed in electric boats – the P-8 Voyager has 2-3 times longer range than any other electric speedboat – but the technology’s big boon is to the fragile marine environment and its inhabitants.

“From Venice to the Bahamas, it’s absurd to travel in beautiful and fragile ecosystems in speedboats that burn 200 liters of petrol per hour and make huge wakes. With the Candela P-8 Voyager, we wanted to make a no-compromise electric exploration vessel. You have the performance, and can cruise for well over 2 hours, but there’s virtually no negative impact on the environment,” says Erik Eklund, Candela’s Chief Executive of Commercial Vessels. 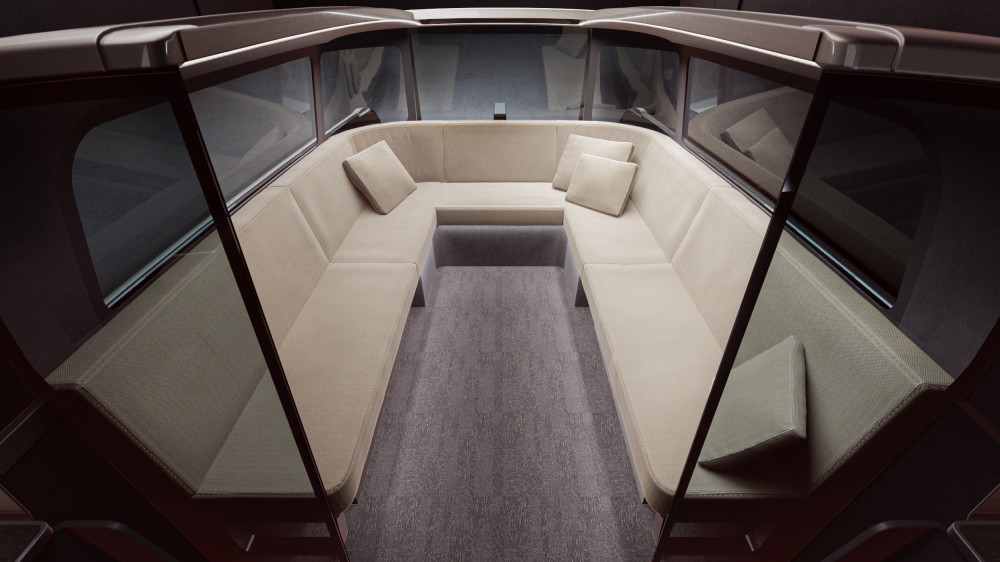 For passengers traveling in P-8 Voyager’s air-conditioned cabin, seasickness is a thing of the past. The computer-guided hydrofoils ensure a smooth ride even in waves.

Founded in 2014,  the Stockholm-based Candela is known for its revolutionary hydrofoiling electric vessels. From the Candela C-8 leisure boat (which also is debuting at Salone Nautico in Venice) to the flying electric ferries for the City of Stockholm, the Swedish marine tech company is rethinking and redefining waterborne transport.

The C-FOIL hydrofoil system on Candela P-8 Voyager has been developed by Candela’s 50+ engineers with experience from the drone, aerospace, and software industries. At 16 knots, the onboard Flight controller automatically changes the foil’s angle of attack to provide the lift needed for take-off. Once foilborne, the Flight controller relies on various sensors to gauge wave height and ensure a smooth flight even in adverse conditions. Reacting in real-time – adjustments to roll, pitch, and height are made 100 times per second – the system can fly in 4 to 5-foot chop without slamming. 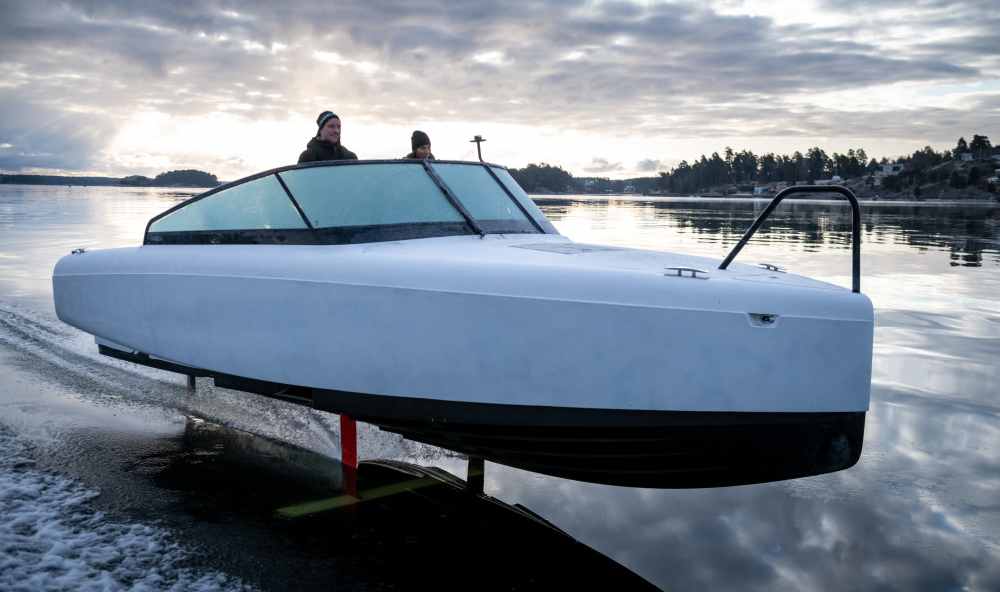 Below is a teaser video of Candela P-8 Voyager. 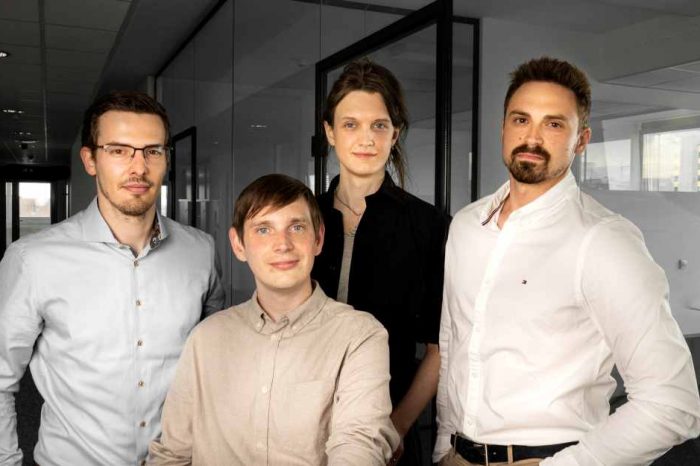 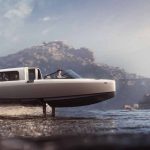