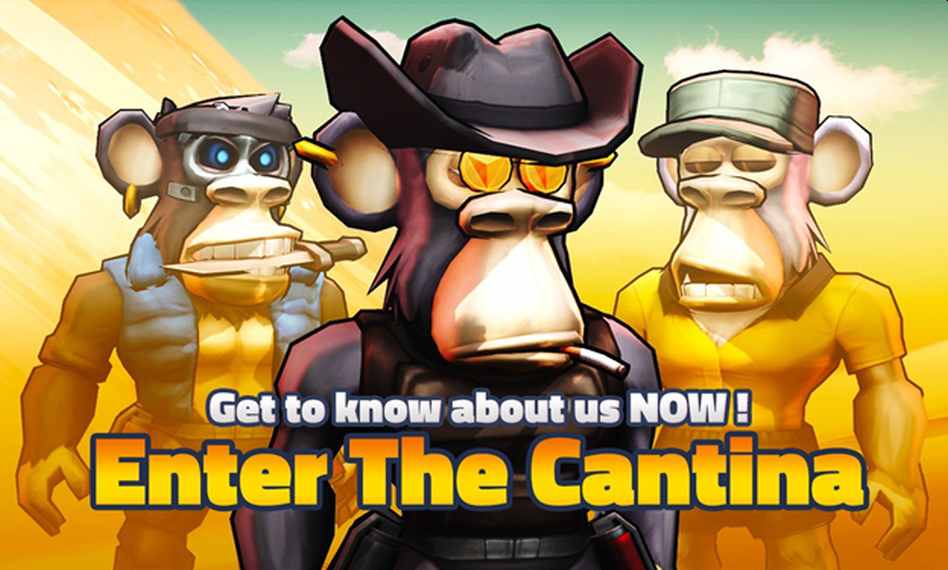 The popularity of NFTs has led to new blockchain platforms rising to offer play-to-earn games to help players earn more money.  Back in March, we covered Cross The Ages, a France blockchain tech startup that recently raised $12 million in seed funding for its free-to-play-and-earn metaverse gaming platform. Now, we have a new entrant in one of the fastest-growing blockchain gaming spaces.

Today, Elrond-based Cantina Royale announced it is launching its Free-to-Play P2E Game on iOS and Android.  Vaduz, Liechtenstein, One of the first real-time free-to-play and play-to-earn (P2E) shooter metaverse games on the market, Cantina Royale is the latest addition to the Elrond blockchain ecosystem, where it will push the boundaries of GameFi and web3. Cantina Royale is a shooter game that allows players to use different NFT collections and take them into PVP and PVE missions.

As Elrond is a high-speed, eco-friendly blockchain, the Cantina Royale team will utilize these capabilities to their full capacity. Playable like a traditional game on mobile (iOS/Android) and desktop operating systems, Cantina’s free-to-play model has been designed to eliminate friction while at the same time supporting the blockchain ethos of interoperability.

Cantina Royale ensures compatibility with Apple and Google stores policy by using Verko’s payment and wallet management system. Through this turnkey solution, users will be able to purchase NFTs directly through Apple and Google in-app purchases without having to host it on their devices. When a user wins in matches, Verko’s game server distributes the rewards directly to their wallets.

Cantina Royale introduces the first-ever play-to-earn blockchain gaming platform that is absolutely free to play for all users! The free-to-play feature allows players to get in on the action without having to shell out thousands of dollars to start playing.

Free-to-play users have the option to create an account with no wallet requirements, hidden fees, or costs to jumpstart their adventure. They will gain access to certain game modes where they can test their skills, and climb ranks against other Free-to-Play users.

Dan Bojan, Game Designer of Cantina Royale said that “Cantina Royale strives to bring together traditional gamers and the latest technological advances in order to make NFT games accessible for everyone. We are proud to collaborate with Elrond and Verko to fulfill this purpose.”

Cantina Royale takes the form of a metaverse game featuring unique, fully-modeled characters, that are complemented by compatibility with third-party NFT collections. This means that owners of existing partner PFP collections can enter the Cantina Royale metaverse and play with their favorite NFTs. If you’re fortunate enough to own a Bored Ape, for example, there’s a place for you and your simian friends in Cantina Royale.

“The adoption model put forward by Cantina Royale has very high chances of breaking through the relatively narrow blockchain gaming space and reaching global audiences, offering millions of gamers with exciting entertainment experiences and zero added friction from the crypto side of things, thanks to the seamless integration of Elrond’s internet-scale blockchain technology,” said Lucian Todea, Elrond Network Co-Founder and COO.

Andrew Kang, the co-founder of Mechanism Capital, said: “As Play-to-earn has barely penetrated the gaming market, this will change in the next few years with mobile leading the way.”

Led by game designer Dan Bojan and developer Paul Szanto, Cantina Royale is the product of a 15-strong team with decades of shared experience. Dan has previously worked with Angry Mob Games on successful projects such as Predators, Alien vs Predator, and Muffin Knight. He’s also collaborated with Facebook, Google, and Valve on VR and Android console projects. Paul, meanwhile, is head of engineering for Phenomenon Games and has worked for Gameloft and Angry Mob Games on major gaming projects. 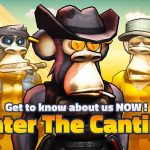