Bill Gates is back with more bad news about the Covid pandemic; “We haven’t even seen the worst of it,” Gates says

It’s been a while since we last covered Microsoft co-founder Bill Gates. That does not mean Gates has stopped making the headlines. This time, Gates is making the news after his comments about the negative outlook of the ongoing pandemic.

This week, Gates said that we’re not out of woods yet, adding that the risk of a more dangerous covid variant is ever-present. Gates’ comments came at a time when many are ready to put the pandemic behind them and move on with their lives.

Speaking to the Financial Times about the ongoing covid pandemic, Gates said that the next one could be even worse.

‘We’re still at risk of this pandemic generating a variant that would be even more transmissive and even more fatal,’ the philanthropist said.

Gates further suggested that the planet needs to urgently develop long-lasting vaccines to block infection. He also recommended the creation of two teams to address the crisis: the first to identify threats and the second to respond to them. He went on to say that the global epidemic response team “would be managed by the World Health Organisation and benefit from the extra investment.”

‘It seems wild to me that we could fail to look at this tragedy and not, on behalf of the citizens of the world, make these investments,’ he added.

Since retiring from his position at Microsoft a few years ago, Bill Gates has become a bit of an expert on climate change and diseases and also working to end polio and malaria in Africa with the Bill and Melinda Gates Foundation.

Gates went on to say that coronavirus pandemic’s ‘misery’ will ‘happen regularly’ if we don’t take action on climate change. In that same blog, Gates warns of another looming crisis that could be worse than the coronavirus. In fact, Gates has been very consistent with his views on climate change. In the 2010 TED talk show, Gates expressed his concerns about the danger of climate change and the consequence of a lack of action from the government, people, and institutions around the world.

During the 2010 TED talk presentation, Gates shared a mathematical formula that he believes could one day solve the climate change problem we are facing.  CO2 (carbon dioxide output) = P x S x E x C (= People x Services per Person x Energy per Service x CO2 per unit of Energy). You can read the story here.

Unlike his 2010 presentation, Gates uses the ongoing coronavirus pandemic to warn us about what could happen if we don’t address the climate change problem and reduce CO2 emissions.

“As awful as this pandemic is, climate change could be worse,” he wrote. “If you want to understand the kind of damage that climate change will inflict, look at COVID-19 and spread the pain out over a much longer period of time. The loss of life and economic misery caused by this pandemic are on par with what will happen regularly if we do not eliminate the world’s carbon emissions.:

Here is how Gates describes our current sense of complacency about climate change.

I realize that it’s hard to think about a problem like climate change right now. When disaster strikes, it is human nature to worry only about meeting our most immediate needs, especially when the disaster is as bad as COVID-19. But the fact that dramatically higher temperatures seem far off in the future does not make them any less of a problem—and the only way to avoid the worst possible climate outcomes is to accelerate our efforts now. Even as the world works to stop the novel coronavirus and begin recovering from it, we also need to act now to avoid a climate disaster by building and deploying innovations that will let us eliminate our greenhouse gas emissions.”

Gates went on to paint a picture of how a lack of action on climate change could become catastrophic.

“Let’s look first at the loss of life. How many people will be killed by COVID-19 versus climate change? Because we want to compare events that happen at different points in time—the pandemic in 2020 and climate change in, say, 2060—and the global population will change in that time, we can’t compare the absolute numbers of deaths. Instead, we will use the death rate: that is, the number of deaths per 100,000 people,” Gates explained.

Considering that at least 600,000 have died from the ongoing coronavirus worldwide, Gates projects that the deaths from climate change, if nothing is done to stop it, could reach as high as the current global deaths from coronavirus times five.

In other words, by 2060, climate change could be just as deadly as COVID-19, and by 2100 it could be five times as deadly. It is not all gloom and doom. In the end, Gates suggests that reducing CO2 emissions could prevent this disaster from opening. Gates concluded his blog post calling for drastic change and noted that flying or driving less wasn’t going to cut it.

“So just as we need new tests, treatments, and vaccines for the novel coronavirus, we need new tools for fighting climate change: zero-carbon ways to produce electricity, make things, grow food, keep our buildings cool and warm, and move people and goods around the world,” he said.

You can read the rest of his blog here. 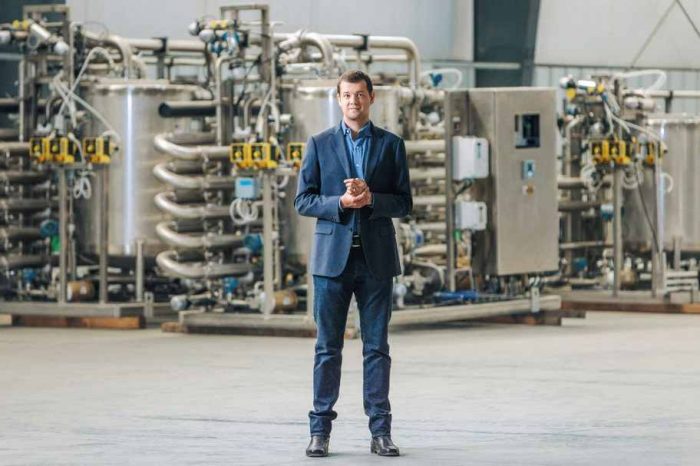 Bill Gates is back with more bad news about the Covid pandemic; “We haven’t even seen the worst of it,” Gates says