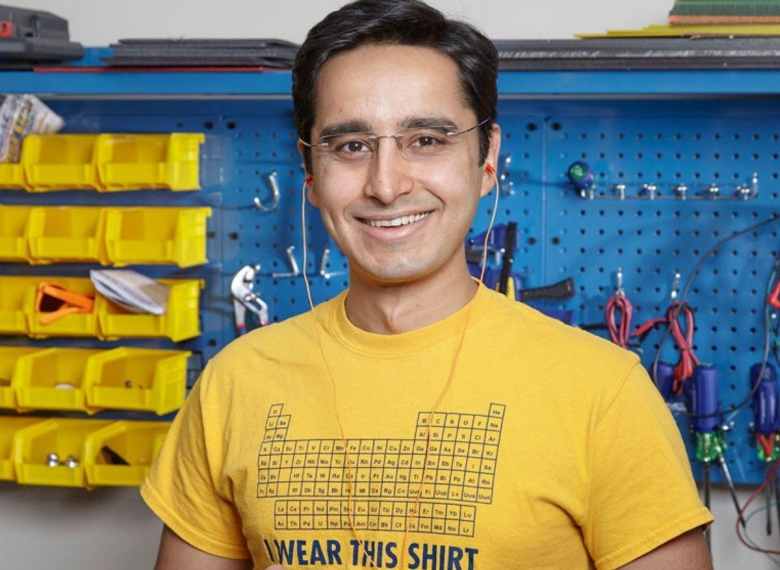 According to the World Health Organization (WHO), nearly 2.5 billion people worldwide are projected to have some degree of hearing loss by 2050. It is also estimated that by 2050 one in every ten people (over 700 million people)  will have disabling hearing loss.

Age-related hearing loss currently affects more than 200 million people over the age of 65 worldwide. As we get older, we lose our hearing. Hearing loss occurs when the tiny hair cells are damaged or die. However, unlike other cells in our body, the hair cells do not regrow, so most hearing loss caused by hair cell damage is permanent. According to scientists, there is no known single cause of age-related hearing loss. However, the consensus is that they’re commonly caused by changes in the inner ear that occur as you grow older.

Since we can no longer regrow our hair cells, scientists came up with a simple solution: a hearing aid. It’s a small electronic device that you wear in or behind your ear that makes some sounds louder so that a person with hearing loss can listen, communicate, and participate more fully in daily activities.

However, the adoption of hearing aid remains relatively low, especially in low- and middle-income countries where fewer than 3% of adults use the devices. According to the journal PLOS ONE, Age-Related Hearing Loss (ARHL) is one of the most prevalent chronic conditions in older adults with an estimated affected population of 226 million individuals over the age of 65 around the world, is projected to grow to 900 million by 2050. Countries in sub-Saharan Africa, South Asia, and the Asia Pacific have a prevalence of ARHL that is 4 times higher than in developed nations.

The average cost of a hearing aid is between $1,000 to $4,000. This is a cost most people in the developing world cannot afford to pay. That’s why Saad Bhamla, an assistant professor in the School of Chemical and Biomolecular Engineering at the Georgia Institute of Technology, embarked on a mission to build a low-cost hearing aid to help billions of people suffering from hearing loss.

As an undergraduate student in India, Bhamla wanted to do something nice to help his maternal grandparents suffering from ear loss. So, he went to buy them a pair of hearing aids. To his surprise, the prices were shockingly high—and far beyond his means.

Fast forward to 15 years later, now a bioengineer, Bhamla now wants to help the hundreds of millions of older people worldwide who can’t afford existing hearing aids to address their age-related hearing loss. In collaboration with other researchers, Bhamla’s hearing aid device could be built with a dollar’s worth of open-source parts and a 3D-printed case. The ultra-low-cost, prototype device is known as LoCHAid. The entire device can be built with a 3D-printed case and components that cost less than $1. 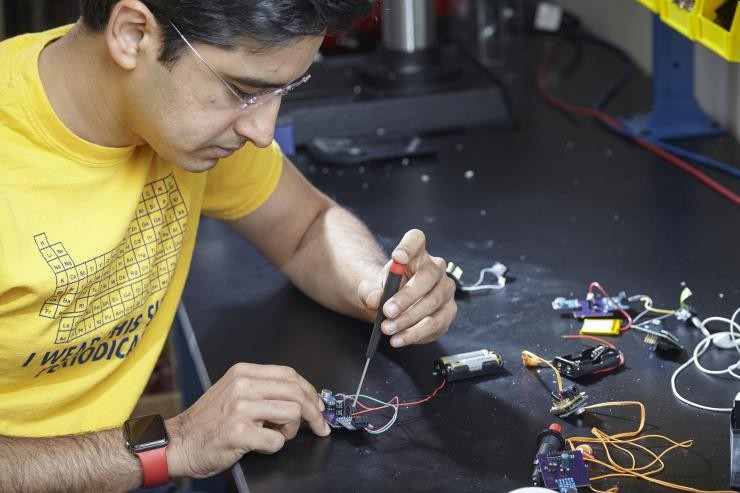 Bhamla says the production of the device would be just under $1 to make. Since the device is open-sourced, anyone with the freely available blueprints and a soldering iron can make their own for not much more—maybe $15 or $20, Bhamla says. According to LoCHAid parts are easy to source, he says. Bhamla added that putting the parts together takes less than 30 minutes.

Developing the device is not without challenges. The goal for Bhamla and his team of researchers is to build a minimalist device that is affordable and useful to millions of people around the world. Here is how Bhamla describes the challenges:

“The challenge we set for ourselves was to build a minimalist hearing aid, determine how good it would be, and ask how useful it would be to the millions of people who could use it. The need is obvious because conventional hearing aids cost a lot and only a fraction of those who need them have access.”

Modern hearing aids, the ones sold on the market for thousands of dollars, use digital signal processors to adjust sound, but these components were too expensive and power-hungry and make it an unviable option for Bhamla and his team. So, the research team, therefore, decided to go for a less expensive approach that was standard on hearing aids before the processors became widely available. The team instead builds their device using electronic filters to shape the frequency response.

“Taking a standard such as linear gain response and shaping it using filters dramatically reduces the cost and the effort required for programming,” said Soham Sinha, the paper’s first author, who was born in semirural India and is a long-term user of hearing aid technology.

“I was born with hearing loss and didn’t get hearing aids until I was in high school,” said Sinha, who worked on the project while a Georgia Tech undergraduate and is now a Ph.D. student at Stanford University. “This project represented for me an opportunity to learn what I could do to help others who may be in the same situation as me but not have the resources to obtain hearing aids.”

Below is a blueprint of their design, which addresses the challenge of affordable and accessible hearing technology for hearing impaired elderly individuals, especially in low- and middle-income countries. 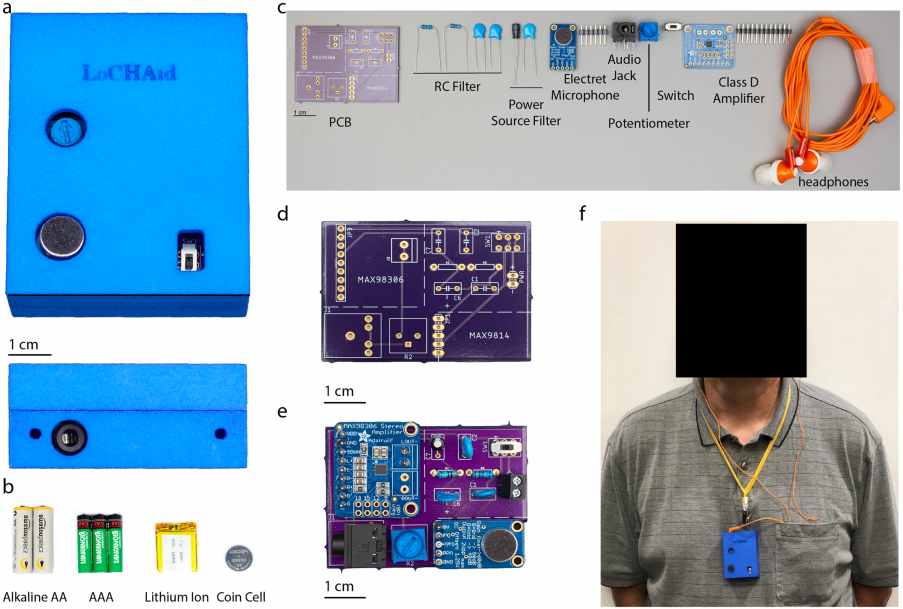 Below is the Abstract of their project

Hearing aids are the primary tool in non-medical rehabilitation for individuals with hearing loss. While the costs of the electronic components have reduced substantially, the cost of a hearing aid has risen steadily to the point that it has become unaffordable for the majority of the population with Age-Related Hearing Loss (ARHL) especially for those residing in low- and middle-income countries. Here, we present an ultra-low-cost, affordable and accessible hearing aid device (‘LoCHAid’), specifically targeted towards treating ARHL in elderly patients. The LoCHAid components cost 98 cents (< $1) when purchased in bulk for 10,000 units and can be personalized for each user through a 3D-printable case. It is designed to be an over-the-counter (OTC) self-serviceable solution for elderly individuals with ARHL. Electroacoustic measurements show that the device meets most of the targets set out by the WHO Preferred Product Profile and Consumer Technology Association for hearing aids. The frequency response of the hearing aid shows selectable gain in the range of 4-8 kHz, and mild to moderate gain between 200-1000 Hz, and shows very limited total distortion (1%). Simulated gain measurements show that the LoCHAid is well fitted to a range of ARHL profiles for males and females between the ages of 60-79 years. Overall, the measurements show that the device offers the potential to benefit individuals with ARHL. Thus, our proposed design has the potential to address the challenge of affordable and accessible hearing technology for hearing impaired elderly individuals especially in low- and middle-income countries.

Details of the project are described in the journal PLOS ONE. 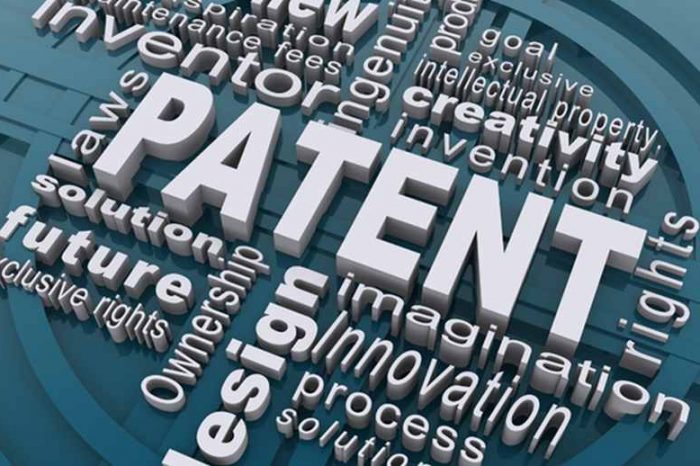 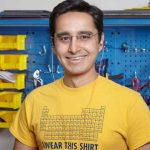