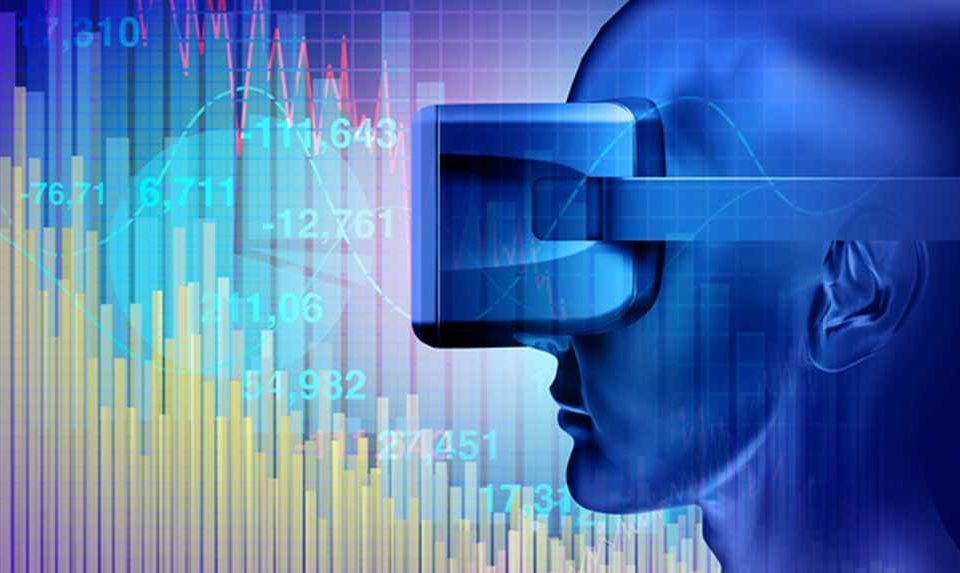 The metaverse is becoming inescapable, and not only to those who regularly read technology and cryptocurrency-related news and websites. These days, it’s attracting interest from anyone who has money to spend, big money in fact, with millions of dollars being thrown into every aspect of this emerging world.

We’ve all read about Facebook and its ambitions, prompting it to even rename itself “Meta” as part of what it insists is a transition from being a social media company to one that’s focused on the metaverse.

Facebook is however just one of a legion of big tech companies to have fallen head over heels with the promise of the metaverse.  Earlier this month, Epic Games, the creator of the epic Fortnite game, announced it had raised a hefty $2 billion in funding from Sony Corp., KIRKBI, and others to help accelerate its own vision for the metaverse. Epic said it intends to partner with Sony and KIRKBI, the company that owns LEGO Group, to combine their technologies and expertise to “influence the future of entertainment and digital play” through new “virtual production initiatives” and “digital fan experiences” in gaming, sports, and other areas.

The number of companies that have shown an interest in the metaverse or has some kind of connection to it is immense. In a blog post on Medium, Beamable CEO Jon Radoff published a comprehensive map of all of the companies that have some kind of stake in the metaverse and it’s an impressively huge one, a veritable who’s who of Silicon Valley and far beyond, encompassing almost every tech firm one could care to think.

As extensive as it is though, Radoff’s map is really just the tip of the iceberg if we consider the entirety of investments in the metaverse. For there are numerous companies that intend to build a metaverse presence, even if they’re not building the metaverse itself. Last month, HSBC Holdings made headlines when it announced it had acquired a plot of “virtual land” within The Sandbox metaverse, becoming the world’s second major bank to do so after JP Morgan Chase purchased land in a rival metaverse, Decentraland, in February.

HSBC said it has big ambitions for its virtual space, with plans encompassing building a digital footprint to e-sports, gaming, and sports, all of which will revolve around the idea of “creating innovative brand experiences” for customers.

As HSBC’s chief marketing officer for Asia-Pacific Suresh Balaji explained in a statement, “the metaverse is how people will experience Web3, the next-generation of the Internet, using immersive technologies like augmented reality, virtual reality, and extended reality.”

Balaji’s description of the metaverse is about as clear a definition of the concept as there is. The metaverse can be thought of as an evolution of the internet that combines augmented reality, virtual reality and video. It could be quite a game-changer.

Imagine, if you will, it’s 2027 and you’re preparing to meet your new date that you met on Planet Theta, a virtual reality dating platform that’s expected to launch next year. Getting ready for your date, you strap on your VR headset, perhaps one made by Meta-owned Oculus. Because it’s a first date you want to look as sharp as possible, so you dress up your avatar in your snappiest suit and sport a pair of Ray-Ban NFT sunglasses that you bought with ETH. You and your date spend time wandering through an otherworldly forest in the HyperVerse, before settling down to watch the latest Hollywood blockbuster, projected against the wall of a monolithic alien structure. 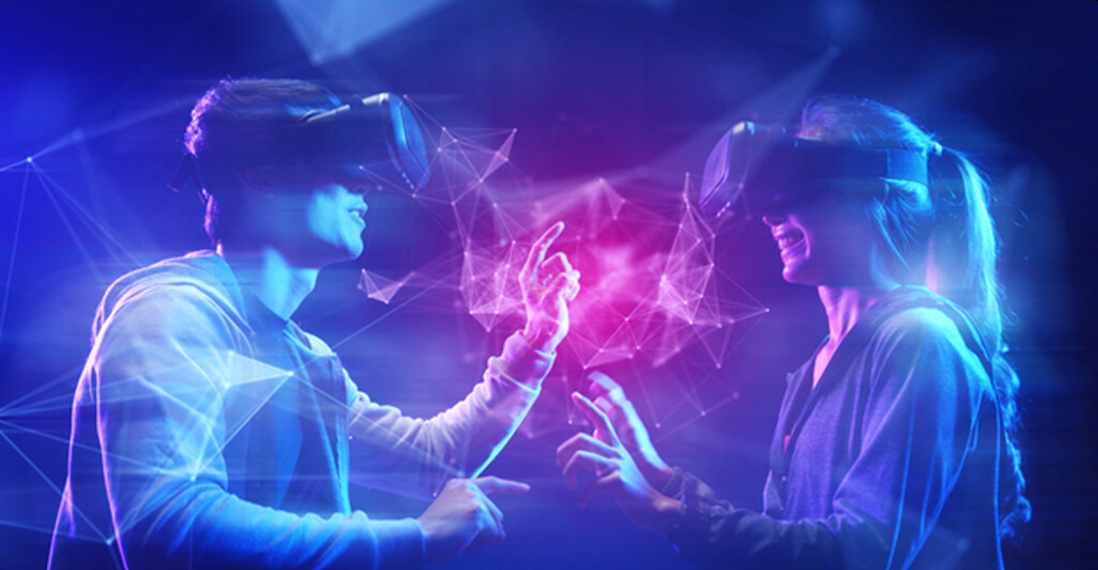 Readers of a certain age may feel similarly lost when they first heard about the world wide web in the early 1990s. These days though, the value of the Internet to the world’s economy is incalculable, but certainly in the trillions of dollars, and Internet-native companies such as Amazon, Google, Meta, Microsoft, and Netflix are some of the richest and most influential the world has ever seen.

Opportunities In The Metaverse

It’s no wonder that so much money is flowing into every aspect of the metaverse. Investors are in fact spoilt for choice – they can make safer bets by throwing their money into stocks of tech firms like Amazon Web Services, Cisco, Intel, and Nvidia, whose technologies are likely to become the building blocks of the metaverse. Widespread adoption will result in huge demand for the semiconductors, cloud services, devices, and networking technologies that power these virtual worlds.

Others are betting on device makers – companies like Oculus and others – who are building the headsets that many believe will become essential tools for users to properly navigate and experience the metaverse. Then there are software makers like Adobe, whose creative design software will be at the heart of designing many of these virtual worlds.

A bit riskier are the bets on emerging metaverses themselves. While The Sandbox and Decentraland are the early leaders with full-fledged metaverses up and running now, there are numerous up-and-coming metaverses that not only promise a better and more inclusive experience but also provide unique investment opportunities for their communities too.

One of the new metaverses making waves is Bit.Country, which recently secured the 14th parachain slot on Kusama after raising an eye-watering 209,000 KSM (worth over $100 million) via a crowdloan that saw a staggering 25,634 community members participate. Prior to that, it raised an additional $36 million from its community via the Metaverse Odyssey event.

The overwhelming support for Bit.Country stems from its inclusiveness, namely its promise to let anyone build a metaverse of their own. Bit.Country’s Metaverse Network is an application framework that encompasses all of the infrastructure one requires to build a user-generated metaverse, meaning anyone can create their own metaverse without technical knowledge. The metaverses powered by Bit.Country will feature tokenized economies, NFTs, maps, virtual land blocks and more. It’s not surprising that Bit.Country has attracted some serious backers, with more than 200 million fans following its various social media channels, including key crypto influencers such as Mr.Beast, CryptoGodJohn, KSI, LazarBeam, CryptoWizardd, Tobias31, LachlanYT, MrFreshAsian, and others.

Celebrities are investing in the metaverse too. Like HSBC they’re often taking the direct step of buying virtual land within an existing metaverse. One of the best-known examples is the rapper Snoop Dogg, who announced last September he had purchased land in The Sandbox. He has since constructed a virtual mansion on his plot in The Sandbox, where he regularly hosts virtual concerts and meets with fans in a virtual hangout lounge.

Snoop’s investment in The Sandbox has had a direct economic impact on the price of virtual land, with one anonymous user paying almost $500,000 for a plot right next door. The assumption is that having such a well-known virtual neighbor will create a spike in traffic for whoever is nearby. 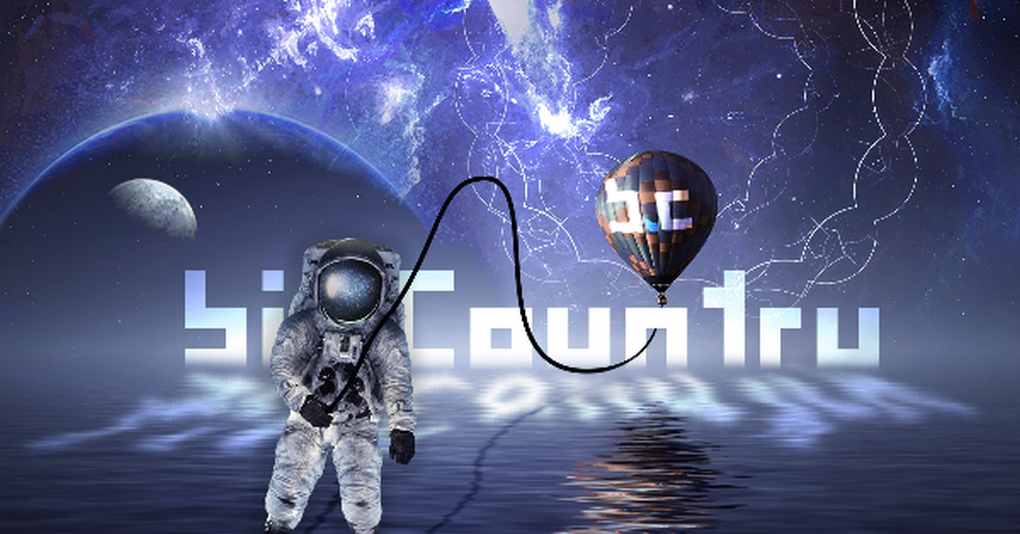 Too Big To Ignore?

At present, it seems as if investors can’t get enough of the metaverse, with news of more multi-million dollar investments in the space popping up every five minutes.

That’s not to say investing in the metaverse isn’t without risk. Like all new technologies, there’s the danger that it simply won’t catch on as everyone had anticipated. Investors need to beware because history is littered with the corpses of failed technologies that were once touted as the “next big thing” only to die quietly on the vine, taking investors’ capital with them. Barely ten years ago for instance, 3D televisions were set to take over people’s living rooms, and Google was confidently proclaiming that everyone would soon be strolling around donning Google Glass specs. Neither actually happened.

Still, the rise of technologies with as much potential as the metaverse is perhaps a once-in-a-lifetime event. Proponents argue that the practical use cases of the metaverse are, in all likelihood, simply too big for this to go away. The metaverse promises to address many of the existing challenges with remote work, providing employees with a virtual environment where they can meet colleagues, socialize, and even read one another’s body language, retaining that key in-person interaction that so many people miss.

It will be revolutionary for online gaming too, enabling concepts such as play-to-earn where players compete for cryptocurrency and NFT prizes. The idea of virtual tours is another much-touted use case. By this, we don’t mean viewing a home listed for sale (though that is one use case), but rather a virtual safari where someone can don a VR headset and instantly be transported to an African savannah and immerse themselves in a world of lions, elephants, hyenas, and hippos. Other applications include healthcare. For instance, a healthcare provider could build a virtual hospital on Bit.Country where people can drop by for consultations with medical professionals. It would mean medical experts become much more accessible to people living in remote areas, who wouldn’t normally have the time to go and visit them.

With the dawn of the metaverse, humanity is on the cusp of a new era, one in which virtual reality and virtual worlds will become embedded in our lives. As more money continues to pour into the space and more development gets done, it’s likely only a matter of time until the metaverse becomes an essential element of our work, healthcare, holidays, communications, social lives, and more. If all goes to plan, the metaverse will become as prevalent as the Internet is today. And that is all any smart investor really needs to know. 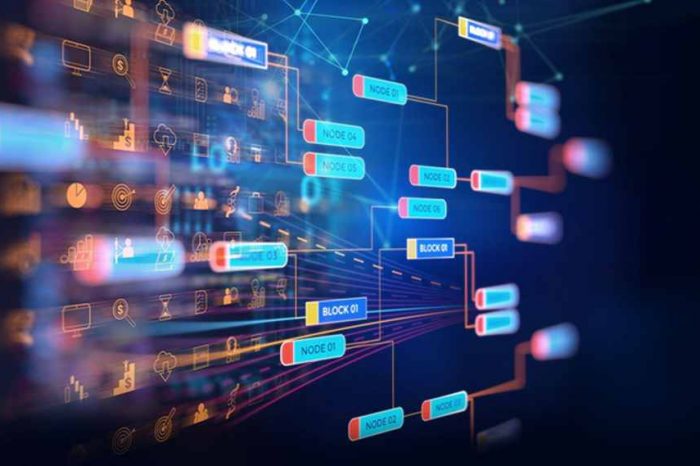 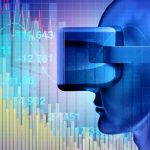