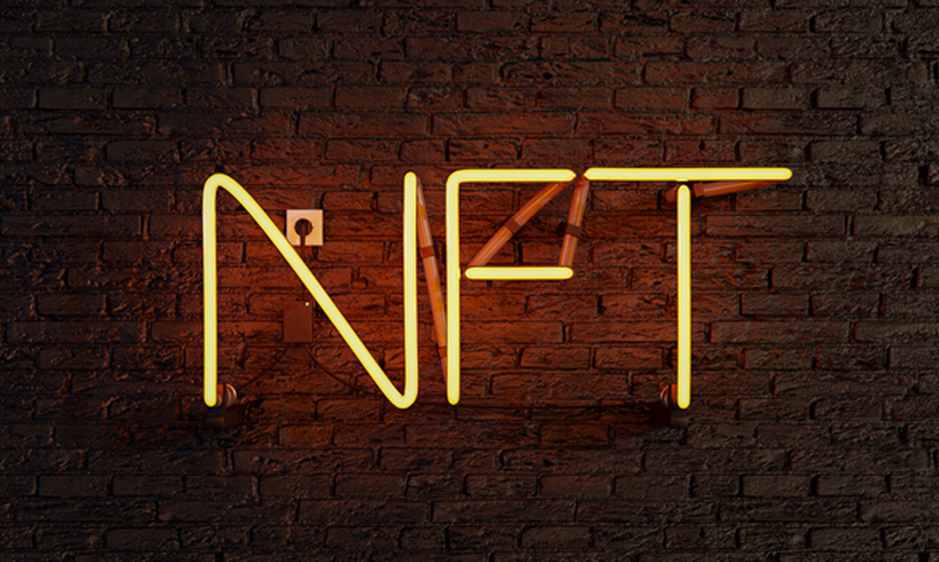 We might be hearing less about multi-million dollar token purchases these days but the NFT boom is far from over. While the cost of some high-profile NFTs might be returning to more realistic price levels, the tokens are expanding their utility into dozens of new industries, ranging from gaming and food to music and fashion, and more besides.

Many people have been dismissive of NFTs as some kind of craze. The most common reaction to the news that Beeple’s NFT selling for $69.3 million was one of incredulity – with the general consensus being that it was a waste of money. Since then though, the world has grown used to hearing news of artists and other celebrities paying big bucks for their NFTs. Eminem, Snoop Dogg, and Paris Hilton, to name just a few. But they’re not just buying into the craze – they are also creating new revenue streams using NFTs.

NFTs have shown they can be applied to multiple industries besides just art, implying they’re a long-term phenomenon that won’t be going away anytime soon.

NFTs are non-fungible tokens, essentially cryptographic assets that live on the blockchain with features such as unique identification codes and metadata that are used to distinguish one from another. Whereas each Bitcoin is identical to any other Bitcoin, NFTs are unique, meaning they cannot be traded or exchanged at equivalent prices.

NFTs have certain characteristics that make them valuable. Each one is authentic, with its own standard and identity based on its smart contract. So it cannot be copied, reducing the risk of fraud. The transparency of the blockchain ensures you can trust whoever holds an NFT is its legitimate owner. This ‘ownership’ can be applied to any asset that can be tokenized, be it art, real-world land, a song, or something else. Finally, NFTs are transferable, meaning they can be bought or sold at an agreed price, paid in cryptocurrency.

Thanks to these characteristics, people are quickly realizing that NFTs have practical applications in many more industries than the world of digital art. What follows are some of the most promising use cases where NFTs are already showing their disruptive potential.

It’s no surprise to see the gaming industry adopt NFTs, given its younger audience and its traditional enthusiasm to embrace new technologies. Many games had already created virtual economies by adding in-app purchases, so being able to tokenize those assets is a natural evolution. With NFTs, gamers will be able to keep their in-game assets – such as a new weapon, character, or skin. At present, when someone quits playing a game, whatever purchases they’ve made are lost forever.

NFTs give players a way to sell their in-game assets to other players, and in some cases even take them to other games. This will be revolutionary because it means games are no longer just about spending. In fact, many gamers are making a living from “play-to-earn” games by winning NFT-based prizes and rewards they can sell for cryptocurrency.

One of the most popular upcoming play-to-earn games is MIXMOB, a metaverse where a mysterious artificial intelligence has deleted the world’s culture. Humanity is enslaved by an army of bots and a strange energy field that wipes away people’s memories. Players can join the creative resistance group that has escaped into the Subdomains to hide from their overlords. From there, they aim to regroup, fight back and rechain our culture.

In MIXMOB there are two distinct games. The first is a card strategy battle game that sees players compete against each other, trade and remix for NFTs and other rewards. The second is an MMO ‘Battle royale’ style game where players compete in a virtual, 3D universe. In both games, players are required to own a “mask”, which are mutable NFTs that can evolve as players level up throughout their journey across the MIXMOB metaverse. Each MIXMOB mask is anonymous yet accountable, made from more than 200 unique components including sketches, stickers, candy, pop culture, music, science, and art.

Numerous fast-food restaurants have adopted “digital-first” strategies in order to better engage their customers, and one of the ways they’re doing so is by working with artists to create NFTs.

In November for instance, McDonald’s celebrated the 40-year anniversary of the McRib by launching its first official NFT through a sweepstake on Twitter. Its collection of just 10 NFTs was described as “digital versions of the fan-favorite sandwich”, and given its super rarity, it’s no surprise that the tweet was shared more than 89,000 times.

It’s not just McDonald’s. Burger King has shown a similar initiative, launching Real Meals NFTs that can be collected by scanning a QR code that appeared on almost six million meal boxes in the U.S. Each code unlocked some kind of digital collectible, with some of the rarer ones having real utility synch as a chance for winners to speak to celebrity sponsors such as the rapper Nelly, Brazilian singer Anitta, and American singer LILHUDDY on the phone.

NFTs also promises to create an entirely new business model in the fast-food space. FriesDAO, a decentralized autonomous organization that’s aiming to buy fast-food franchises and operate them under a community governance model, raised $4 million in February via an NFT sale, with the funds set to be used to acquire its first restaurant.

Another interesting use case for NFTs beyond simple marketing could be the wine industry. Counterfeit wine is a global problem that costs the industry billions of dollars a year. Proponents of blockchain say NFTs are the perfect tool to deal with it.

By placing an NFT on each bottle of wine, it is possible to prove both the provenance and authenticity of each one. When purchasing a bottle at the store, customers can scan the NFT on the bottle to check where it was made and how it was delivered. NFTs can also be used to market limited editions of win. That has already happened, in fact. In April 2021, the Yao Family Wines brand owned by former NBA star Yao Ming auctioned off a limited number of NFTs giving holders the right to claim a bottle in its The Chop Cabernet Sauvignon collection.

One of the hottest trends on the runway right now is NFTs. Digital tokens are fast gaining ground in the fashion industry because they enable brands and designers to obtain more data on consumer tastes and better connect with audiences.

Recently, Louis Vuitton decided to celebrate the 200th anniversary of its founder’s birthday by combining fashion and tech with its new “Louis the Game”, an adventure-style game in the metaverse where players could explore a dollhouse that once belonged to Vivienne. Searching through the dollhouse, players were tasked with collecting 200 candles – one for each year in the anniversary, plus 30 hidden NFTs, including ten made in collaboration with Beeple, one of the world’s most renowned NFT artists.

NFTs also made a big splash during Fashion Week. With the COVID-19 pandemic continuing to play havoc with in-person events, the French Fashion and Haute Couture Federation teamed up with the Arianee platform, creating NFTs that fans could exchange for access to this year’s men’s fall/summer fashion week event in Paris, as well as other fashion shows.

The fashion week NFTs give holders the chance to view exclusive new fashion collections, including one from the legendary digital artists Richard Haines.

Fashion houses are using NFTs in other ways too. Gucci, the iconic Italian fashion house, recently created a tokenized four-minute film in collaboration with Alessandro Michele that was sold through an auction at Christie’s with a reserve price of $25,000.

While big brand names get most of the attention, the versatility of NFTs is perhaps best exemplified by the revolutionary work of iZUMI Finance.

iZUMI is using veNFTs to enable DAO governance through quadratic voting on its most important community issues.

The system enables users to cast votes that better reflect their investment in an issue, more so than with traditional voting. It’s a complicated system that ensures no single ‘whale’ – an individual who holds thousands of tokens – can vote multiple times to overcome the general consensus of the community.

iZUMI’s veiZi NFTs can be minted by any wallet address simply by locking up iZi tokens for a certain period of time, though the tokens can still be traded, meaning veiZi NFTs can be acquired through NFT marketplaces. That makes them especially interesting investments for early-stage investors who may have been dumped on in the past. veiZi NFTs are unique in another way, as they’re also interest-bearing NFTs, where holders can stake them for rewards each month.

NFTs have the power to transform the entire music industry and distribute far greater profits to artists.

A lot has been written about the unfair distribution of revenues in the music industry. With most top artists, the revenues from sales are split 50/50, with half going to the performer and the rest going to the record label, agents, lawyers, and distributors. However, many lesser-known artists get worse deals than this, and in the case of streaming, they tend to make a lot less.

NFTs can make a real difference to that. Take DJ Steve Aoki, who recently revealed that he’s made more from NFT sales than he did in 10 years of earning royalties from his music sales on traditional media and streaming sites. Aoki explained that prior to embracing NFTs, his live DJ gigs made up around 95% of his income and that without those he’d likely need to find a “job” to support himself.

NFTs empower musicians because there’s no limit to what can be tokenized. Song tracks, art, bits of text, applications, even real-life objects such as concert tickets and merchandise, can all be accompanied with an NFT. Musicians who create their songs as NFTs and sell them directly to their fans will be able to earn more revenue from subsequent sales of those tokens, without losing a huge percentage to middlemen such as streaming services. Artists can also use NFTs to engage with their fan base through airdrops and even arrange to hang out with them in virtual worlds. Snoop Dogg has already done this, selling NFTs for those wanting to meet him in his The Sandbox hangout sessions. 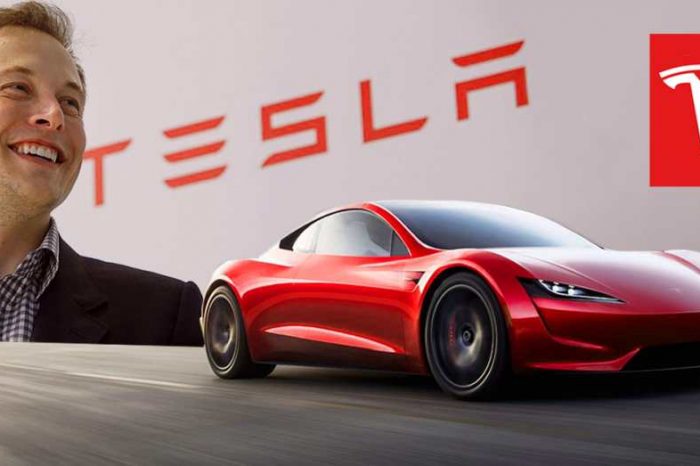 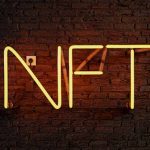