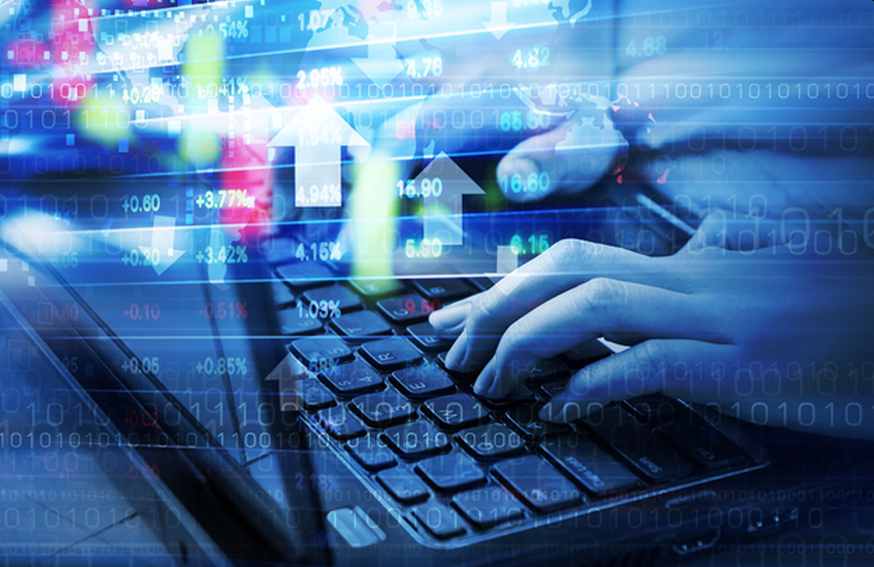 There’s a new decentralized exchange in the crypto trading space called Dexalot and it’s making waves for its unique trading model, based on a central limit order book (CLOB), as opposed to an automated market maker like most other DEXs.

Multiple DEXs have emerged over the past couple of years as an alternative to centralized exchanges such as Binance and Coinbase. The premise of DEXs is that they can solve the problems that have long-plagued CEXs, such as the lack of privacy, the danger of hacking, deposit limits, KYC demands, and high fees.

One of the most popular DEX platforms around is Uniswap, which does a great job of eliminating the middleman, making it possible for users to trade directly from their wallets without making a deposit in a centralized wallet first. It does so thanks to its use of automated market maker (AMM) protocol based on smart contracts that eliminates the need for an order book.

Uniswap has seen a lot of success with its AMM, but the platform isn’t without complaints. The fact it uses an AMM makes it suboptimal for a lot of high volume traders due to problems such as high slippage, uncertain price execution, and low capital efficiency.

Dexalot aims to overcome those problems. Built on the Avalanche blockchain to take advantage of the C-Chain’s high speed, throughput, and near-instantaneous finality, Dexalot is based on a classic CLOB system that ensures users can place their orders at a precise price level with guaranteed optimal execution. Armed with $7 million in a recent funding round, Dexalot’s Discovery mechanism combines classic CLOB with a unique auction system that makes it possible for users to enter no slippage orders. It allows users to see buy and sell demand transparently, with all orders matched fairly.

How Does Dexalot’s CLOB Work?

Order books have been around for years. They are the traditional mechanism used by centralized stock markets, FX exchanges, and cryptocurrency exchanges to accept buy and sell orders.

Dexalot’s order book lists all of the orders from buyers and sellers for each type of cryptocurrency it supports. In the system, a buying order is known as a “bid” while a selling order is known as an “ask”. When a buyer places an order on Dexalot. The order book is responsible for finding a suitable seller with a related price order. So, the buyer’s order will be executed when Dexalot’s order book successfully matches it with that of a seller’s.

A buyer or seller’s order can be treated as a “taker”, similar to a market order on classic exchanges, wherein it’s instantly matched with an opposing buy or sell order and executed immediately. If Dexalot cannot find a matching order, it’s instead treated as a “maker” and placed on the order book until a suitable matching order can be found, similar to a limit order in classic trading.

It’s important to note that Dexalot’s CLOB is not all-or-nothing. Taker orders can be partially filled, with the remainder of the liquidity treated as a maker order that will sit on the book until a match is made.

How Does Uniswap’s AMM Work?

The AMM is the underlying protocol of Uniswap that replaces the traditional order book with what’s known as a liquidity pool.

AMMs rely on smart contracts, which are self-executing programs that are able to define a digital asset’s price and then provide the liquidity for a trader to buy or sell that asset. So on Uniswap, users are not trading with other users per se, but with the liquidity pool that’s locked into a smart contract. The price of assets is determined by a formula based on supply and demand.

The liquidity pool is supplied by “liquidity providers”, which are other DEX users. LPs, as they’re known, lock tokens into a pool, and in return, they’re able to earn profits from the transaction fees paid on each trade. With Uniswap, LPs are rewarded with the platform’s governance token, UNI.

The biggest advantage of Dexalot is that it offers guaranteed price execution in liquid markets, which are those that have a large number of bid orders and ask orders with a low bid-ask spread on the books. If an order matches one that’s already on the order book in terms of price, it removes liquidity and executes immediately. If an immediate match can’t be found, it’s simply added to the order book until one is

Users are able to trade large volumes with no slippage, meaning they can place orders with a high level of price precision.  Slippage is one of the major problems of AMM-based DEXs, defined as the difference between the expected price of a trade and the actual price at which it’s executed. Slippage occurs most often during periods of high volatility and can be disastrous for high-volume traders.

The lack of slippage is far from being Dexalot’s only advantage though. Its order book-based exchange is optimal for investors wanting to surface market prices to place large orders and is widely accepted by institutional and retail investors. Dexalot also provides users with a big say over the platform’s future through community-based governance and is planning to create incentives to reward loyal users of its platform.

It’s also worth mentioning that Dexalot is led by a very experienced team, with its co-founder and CEO Nihat Gurmen boasting more than 20 years of experience in the oil and gas industry, while co-founder and CTO Cengiz Dincoglu spent the previous two decades building trading systems for Wall Street investment banks such as JP Morgan and Morgan Stanley. Dexalot’s COO Timothy T. Shan possesses the similar experience, having served as a Wall Street financial operations executive for more than 25 years.

Dexalot may not be perfect for all cryptocurrencies. If a market is illiquid, then its order book doesn’t work exactly as it’s designed. The main problem of CLOB systems in illiquid markets is that it can mean long waiting times to find a match when an order has been made. Sometimes a match may never be made. In such situations, traders may struggle to escape market volatility and large spreads.

Some traditional CLOBs have also been subject to manipulation in the past. The order book publicly lists bid and ask orders, giving clues into the direction the price of the asset is going. Traders can use software to analyze these clues and try to predict the price direction of a particular cryptocurrency in the short term.

As an example, if there’s a big number of ask orders but very few bid orders, that indicates the token’s price is likely to decrease. So traders who spot this may try to sell their assets immediately before it loses their value. That said, this kind of manipulation is not easy and the clues are not always accurate, as the orders on a bid-ask list can change very rapidly. Moreover, Dexalot’s order book only displays limited records of orders, so trying to infer the direction of an asset’s price is far from being a perfect science.

The biggest advantage of Uniswap by far is its AMM provides liquidity in illiquid markets, without the need to rely on a centralized exchange. No matter if a trader’s order size is large or small, the liquidity pool will always provide enough liquidity to ensure that trade goes through swiftly.

Because Uniswap’s AMM always has liquidity, traders are always able to get a price quote on any supported asset, irrespective of the number of active orders.

The downside of Uniswap is the risk of high slippage for larger orders, which is especially common for less popular tokens where the liquidity pools are often much smaller.

The second major concern with Uniswap is the risk of impermanent loss for LPs. Impermanent loss is the difference in value between simply holding tokens in a cryptocurrency wallet, versus putting them in a liquidity pool. LPs may earn higher profits when tokens are traded at around the same price as when they first provided their liquidity. However, if the price of token changes drastically, impermanent loss disincentives LPs. For Instance, if an LP puts ETH into a pool and the price rises dramatically, their earnings from transaction fees would be lower than the value they gain simply by holding those tokens in a wallet.

When Uniswap first arrived on the scene, it provided a solution to the biggest obstacle preventing DEXs from succeeding – the problem of liquidity. AMMs represent extremely innovative use of blockchain’s smart contract functionality, but unfortunately, they create their own problems, with the risk of slippage and impermanent loss being too high for many crypto investors to bear.

Dexalot, with its unique ability to support partially filled orders and the community-based governance model that sets it apart from centralized exchanges, is perhaps the best attempt so far at trying to bridge the gap between CEXs and DEXs. While its CLOB-based trading model won’t be suitable for every trader, it’s an idea that clearly has lots of potential. Add that to its recent funding round and a vastly experienced team of Wall Street veterans, and we can expect to see continuous improvements being made to its model as it tries to strike the right balance.

If that happens, we’d be surprised if Dexalot doesn’t rapidly emerge to become one of the most viable DEX platforms around in the next few months. 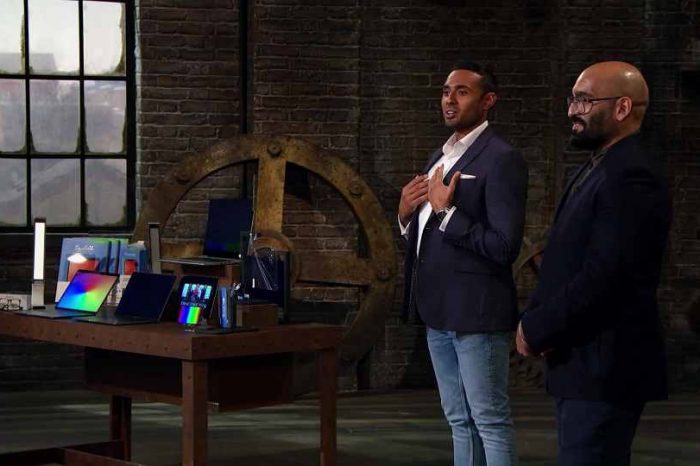 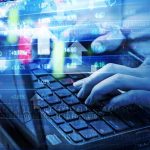