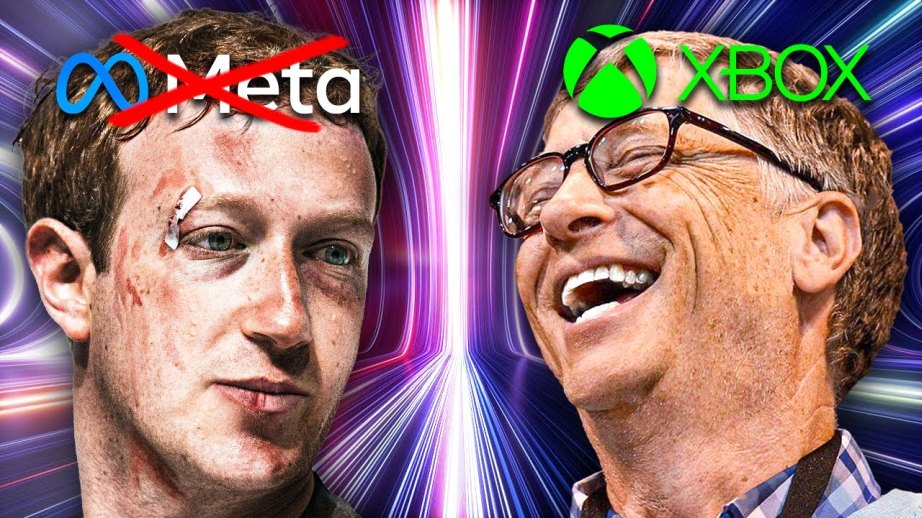 Facebook is a company everyone loves to hate and many think CEO Mark Zuckerberg is ahead of his time. In a widely celebrated news event on October 28, 2021, Facebook rebranded to Meta to reflect Mark Zuckerberg’s ‘metaverse’ vision. While speaking at a live-streamed virtual augmented reality conference, Zuckerberg said the new reflects its focus on building the “metaverse” platform.

“In the metaverse, you’ll be able to do almost anything you can imagine — get together with friends and family, work, learn, play, shop, create — as well as completely new experiences that don’t really fit how we think about computers or phones today,” said CEO Zuckerberg in Founder’s Letter 2021. He added that the world’s largest social network will continue to be called Facebook.

Now, many now see Facebook as a company in decline. To millennials and GenZ, Facebook is dead. But Facebook’s name change could also be a bad omen for the company. Why? The name “Meta” in Hebrew means “is dead.” Maybe that’s just a superstition. But Meta’s real problem was revealed last week after it reported for the first time declining users causing the company to lose 20% in market shares and wiping $200 billion off its market cap.

In the earnings call on February 1, Meta revealed 500,000 fewer daily log-ins and declining profits. Zuckerberg said Facebook users’ decline was partly due to the boom in popularity of the competitor platform TikTok. That’s not all. Meta also blamed the woes on a combination of other factors, including privacy changes to Apple’s iOS and economic challenges, for Wednesday’s decline in stock prices.

However, Apple and TikTok are the least of Meta’s problems. Meta also reported in its fourth quarter and full-year 2021 results that it lost $10 billion building the metaverse through its Reality Labs division. So here is the question everyone is asking: Is Zuckberg’s Metaverse dead on arrival? Unfortunately, Meta might be on its last legs.

Apart from the fact that millions of people hate Facebook, everyone is terrified of the Facebook metaverse due to its record on privacy and censorship. Experts also warned that Facebook’s VR Metaverse (VRChat) has become a cesspool for predators who prey on children. Researchers at CounterHate, an international not-for-profit NGO that seeks to disrupt the architecture of online hate, found that Facebook’s VRChat is rife with abuse, harassment, racism, and pornographic content.​

So, if I was to bet I’d put all my monies on Microsoft. In fact, Microsoft just killed Zuckberg’s Metaverse before it even launches and it won’t even need to build a VR headset. This idea may sound crazy but as John Coogan, founder of two startups Soylent and Lucy explains in the video below, Zuckerberg’s plan is flawed right from the beginning.

Although Zuckerberg is so invested in the metaverse that he renamed his entire company just to focus on the effort and also plans to invest $180 billion over the next 10 years building the metaverse, Coogan explains in this video that that are many factors at play and most of them are in favor Microsoft.

As you probably recall, we reported on January 18 when Microsoft bought video game giant Activision Blizzard in a $68.7 billion all-cash deal. So what does the “metaverse” have to do with the Microsoft-Activision Deal? Unlike Meta which just bought Oculus a few years ago, Microsoft owns the Xbox and has been a major player in PC and console gaming for more than 20 years. So, the Redmond, WA-based company isn’t just betting $70 billion on another buzzword of the week.

On the same day that the acquisition of Activision Blizzard was reported,  NYTimes Columnist/Editor and
@SquawkCNBC Co-Anchor Ross Sorkin described the Microsoft-Activision deal as a coup for the metaverse. In a tweet, Sorkin said:

“This deal is about one thing and one thing only: The battle for the metaverse. It would catapult MSFT way ahead of Meta (formerly Facebook.) Will companies like Meta, Apple, Amazon + Alphabet go to DC to object? Can they do so given the scrutiny on them?”

This deal is about one thing and one thing only: The battle for the metaverse. It would catapult MSFT way ahead of Meta (formerly Facebook.) Will companies like Meta, Apple, Amazon + Alphabet go to DC to object? Can they do so given the scrutiny on them? https://t.co/1l3o5xeuKC

But Coogan thinks this is not just a coup but the death of Zuckberg’s Metaverse. Coogan goes into the details in the video below. Enjoy! 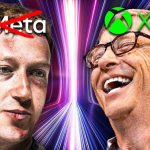