Early this month, Pfizer CEO Albert Bourla said fourth Covid vaccine doses may be needed sooner than expected to fight the Omicron variant. However, that may no longer be necessary if the latest report from the US Army were to be true.

According to a report from Defense One, Walter Reed military scientists are testing vaccines that could protect against Omicron and future COVID variants. Researchers said the single vaccine is effective against all covid and SARS variants.

In what is described as the culmination and achievement of almost two years of work on the virus, scientists at the Walter Reed Army Institute of Research are expected to announce within weeks that they have developed a vaccine that is effective against COVID-19 and all its variants, including Omicron, as well as from previous SARS-origin viruses that have killed millions of people worldwide.

According to Defense One, the Army lab received its first DNA sequencing of the COVID-19 virus in early 2020. That was when Walter Reed’s infectious diseases branch decided to focus on making a vaccine that would work against not just the existing strain of the virus but all of its potential variants as well.

Unlike other vaccines, Defense One wrote, “Walter Reed’s SpFN uses a soccer-ball-shaped protein with 24 faces for its vaccine, which allows scientists to attach the spikes of multiple coronavirus strains on different faces of the protein.”

Dr. Kayvon Modjarrad, director of Walter Reed’s infectious diseases branch, told Defense One in an exclusive interview that the new vaccine will still need to undergo phase 2 and phase 3 trials.

“It’s very exciting to get to this point for our entire team and I think for the entire Army as well,” Modjarrad said.

Dr. Modjarrad said the vaccine’s human trials took longer than expected because the lab needed to test the vaccine on subjects who had neither been vaccinated nor previously infected with COVID.

“With Omicron, there’s no way really to escape this virus. You’re not going to be able to avoid it. So I think pretty soon either the whole world will be vaccinated or have been infected,” Modjarrad said.

The next step is seeing how the new pan-coronavirus vaccine interacts with people who were previously vaccinated or previously sick. Walter Reed is working with a yet-to-be-named industry partner for that wider rollout.

“We need to evaluate it in the real-world setting and try to understand how does the vaccine perform in much larger numbers of individuals who have already been vaccinated with something else initially…or already been sick,” Modjarrad said.

Dr. Modjarrad said nearly all of Walter Reed’s 2,500 staff have played some role in the development over the last two years.

“We decided to take a look at the long game rather than just only focusing on the original emergence of SARS, and instead understand that viruses mutate, there will be variants that emerge, future viruses that may emerge in terms of new species. Our platform and approach will equip people to be prepared for that.”

Meanwhile, the news of one-vaccine-treats-all should not come as a surprise to those who have been following the ongoing research within the US military. As some of you may recall, back in April, US government scientists revealed they have developed a new implantable microchip that continuously monitors your body for covid.

In an interview on the CBS show “60 Minutes,” Retired Army Col. Matt Hepburn, an army infectious disease physician who worked for years with the Defense Advanced Research Projects Agency, explained the technology.

Holding up a vial of green tissue-like gel, which contains the chip, Hepburn proclaimed “You put it underneath your skin and what that tells you is that there are chemical reactions going on inside the body, and that signal means you are going to have symptoms tomorrow.” Hepburn showed off the implant to Bill Whitaker of CBS, who noted how the device could be used.

“Consider a ship like the USS Theodore Roosevelt — hobbled last year when 1,271 crew members tested positive for the coronavirus. What if everyone on board had their health monitored with this subdermal implant, now in late-stage testing?” Whitaker said. “It’s not some dreaded government microchip to track your every move, but a tissue-like gel engineered to continuously test your blood.”

“It’s like a ‘check engine’ light,” Hepburn added, noting that those with the chip “would get the signal, then self-administer a blood draw and test themselves on site.” 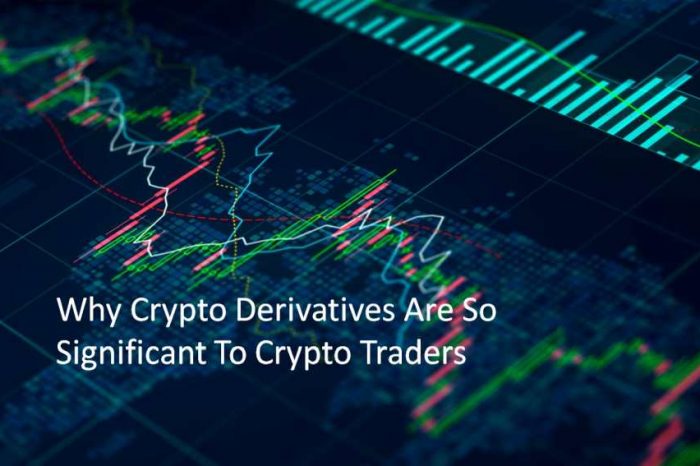 Here's why crypto derivatives are so significant to crypto traders