Elon Musk: “I came to the US with no money & graduated with over $100k in debt, despite scholarships & working 2 jobs while at school”

There are two kinds of people in the world: Those who are happy for someone else’s success and achievements and those who are resentful and jealous of others’ success. On January 7, 2021, Elon Musk surpassed Amazon founder Jeff Bezos to become the world’s second-richest person with a net worth of more than $185 billion.

However, what most people failed to see is how he got where he is today. You can read our piece on 10 things you probably didn’t know about Tesla and SpaceX CEO Elon Musk to learn more. Musk was born in South Africa but always wanted to move to the U.S. He emigrated to the United States in 1992 with no money and graduated with over $100k in debt. Looking back at his life, Musk said the following in a tweet:

“I came to the US with no money & graduated with over $100k in debt, despite scholarships & working 2 jobs while at school”

I came to the US with no money & graduated with over $100k in debt, despite scholarships & working 2 jobs while at school

Musk founded SpaceX in 2002. In February 2004, Musk became Tesla’s largest shareholder company’s chairman via a $6.5 million investment from X.com, a company Musk co-founder. Reflecting back on his life, Musk in part credits his success to the opportunity he found here in the United States. In a 2012 interview with Kelvin Rose, Musk said:

“It always seemed like when there was cool technology or things happening, it was kind of in the United States. So, my goal as a kid was to get to America basically,” Musk told Kevin Rose in 2012. In a more recent 2020 interview with Bloomberg, Musk said, “America is still the land of opportunity more than any other place, for sure.”

Then, in 2008, Tesla and SpaceX were on the brink of bankruptcy. Musk went through a “moksha moment.” He put everything he owns on the table and success is the only option of survival. After the sale of PayPal and with all his savings he had 180 million. He put 100 million in Space X, 70 million in tesla, and 10 million in Solar-city. But the $70 million cash infusion turned out not to be enough for Tesla.

So in January 2010, Tesla received a $465 million loan from the US Department of Energy (DoE) as part of a 10-year repayment program. According to the information on DOE’s website, the loan was “issued a $465 million loan to Tesla Motors to produce specially designed, all-electric plug-in vehicles and to develop a manufacturing facility in Fremont, California to produce battery packs, electric motors, and other powertrain components for powering specially designed all-electric vehicles.”

Although the loan was supposed to be paid back over a 10-year period, in May 2013, Tesla repaid the $465 million government loan back with interest, nearly a decade before it was scheduled to do so. Fast forward almost a decade later, Tesla is now the world’s largest electric car company and Musk is the world’s richest person with a net worth of about $300 billion even with falling Tesla’s stock price.

However, Musk’s rise to the top has also led many people to associate his success with a $465 million loan Tesla received from the US government eleven years ago. These people include politicians (Sen. Elizabeth Warren and Sen. Bernie Sanders), Economist and Nobel laureate Paul Krugman, and many others.

“Says the guy whose company was bailed out by the Obama stimulus and currently has a multi-billion dollar government contract.”

Says the guy whose company was bailed out by the Obama stimulus and currently has a multi-billion dollar government contract pic.twitter.com/1kCxUdGieI

In closing, although Musk is the world’s richest person, he experienced many failures that would have caused many to give up. Instead, he persevered even when his investors abandoned him. We recommend you watch the video below if you hate Elon Musk — It will probably change your mind.

Also listed below is a list of Musk’s successes and failures you probably didn’t know.

1. Elon Musk taught himself how to code, and created his very first video game, Blastar when he was 12 years old. He later sold the game for $500.

2. When he was in college he fed himself for less than $1 a day.

3. Academic career (Ph.D. in economics and physics); although he dropped out of his applied physics Ph.D. course after two days to pursue his visions.

4. He started a business with his brothers called zip2.

5. He borrowed $28,000 from his father and founded a software company designed as a city guide for a newspaper publisher, that was before google maps when yellow pages were still a thing – He later sold it for 28 million dollars

6. Musk read for 5 hours a day when in his early days.

7. Musk was a co-founder and member of the PayPal mafia. It didn’t take him long to pick his next target, the banking industry, so he started x.com He was ousted as CEO of the company because of leadership decisions. But when they sold PayPal his cut was 165 million.

8. He used to have a fear of darkness but he cured it by studying basic physics. He later learned that darkness is the absence of photons in the visible wavelength.

9. He went through a “moksha moment”- monk moment when more or less someone puts everything he owns on the table and success is the only option of survival. After the sale of PayPal and with all his savings he had 180 million. He put 100 million in Space X, 70 million in tesla, and 10 million in Solar-city.

10. His basic tesla salary is $1 a year – he wasn’t a founder at tesla, he discovered the company and bought himself in. Model 3 comes soon at an affordable price.

11. Musk has said that he wants to die on Mars, not earth – Space X is planning an ambitious mission on Mars with a view to making our lives interplanetary. His goal is to drop the cost of interplanetary travel to close to $100,000, the current price is at around $10 billion. He wants to put people on Mars 6 years from now, but before he will be sending several rockets with resources in order to get the colonization process started.

12. Musk thinks that AI is the most serious threat to the survival of the human race and believes the world is coming after AI in the wrong way.

13. He is building the second largest building in the world from a footprint point of view, it’s called a giga-factory. Because he is serious about shifting the world from fossil fuels to sustainable energy he will be needing a lot of batteries, more than the rest of the world combined could produce so he built his own factory. Once this place is created he will be to create more batteries in one year than the entire world ever created. “If there were 99 giga-factories the entire planet could be completely sustainable from an energy standpoint.”

14. He used to have a fear of darkness but he cured it by studying basic physics. He later learned that darkness is the absence of photons in the visible wavelength.

15.  He wants to bring the entire world online. Elon asks the government to allow him to put 4425 satellites in Earth’s orbit so he can provide free internet for the entire world. Both Facebook (with solar drones) and Google (via helium balloons) are trying to solve the internet problem. But Elon has the best shot at getting this done because he has the infrastructure in place.

Below is a summary of Elon Musk’s failures. 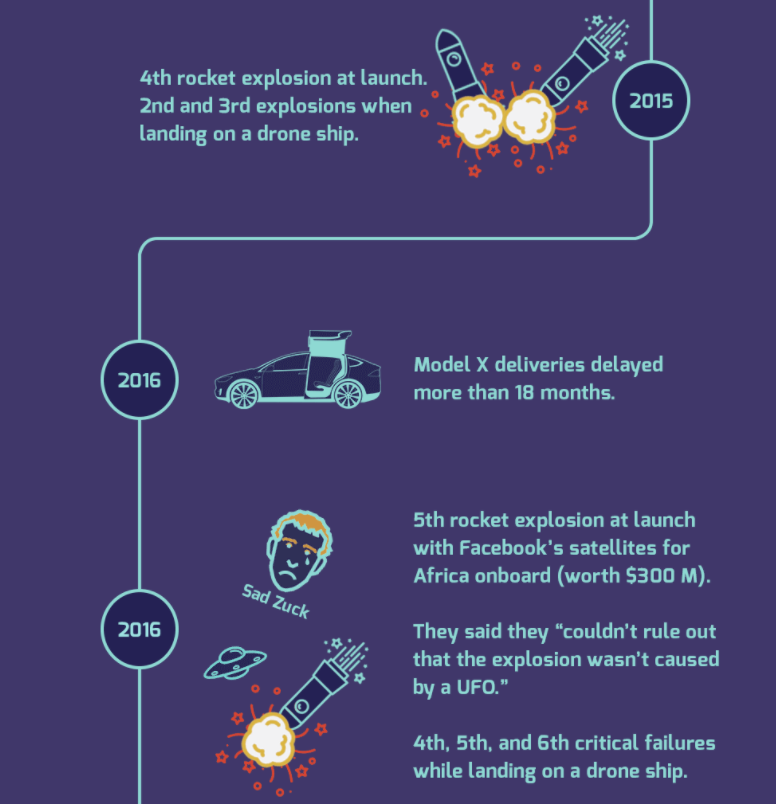 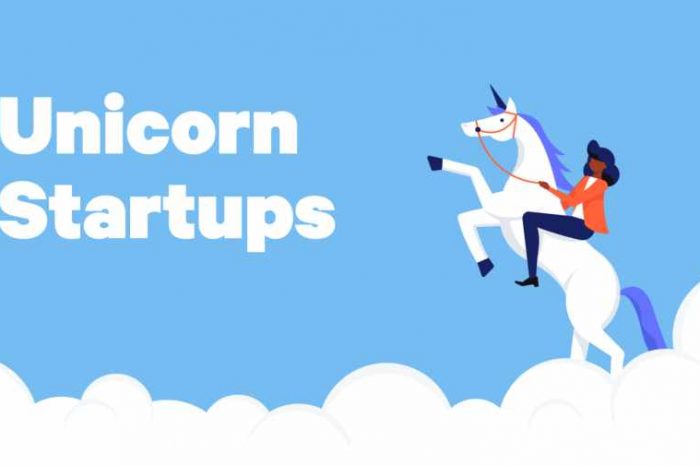 The world's biggest startups: Most valuable unicorn tech startups in the world 2021

Elon Musk: “I came to the US with no money & graduated with over $100k in debt, despite scholarships & working 2 jobs while at school”