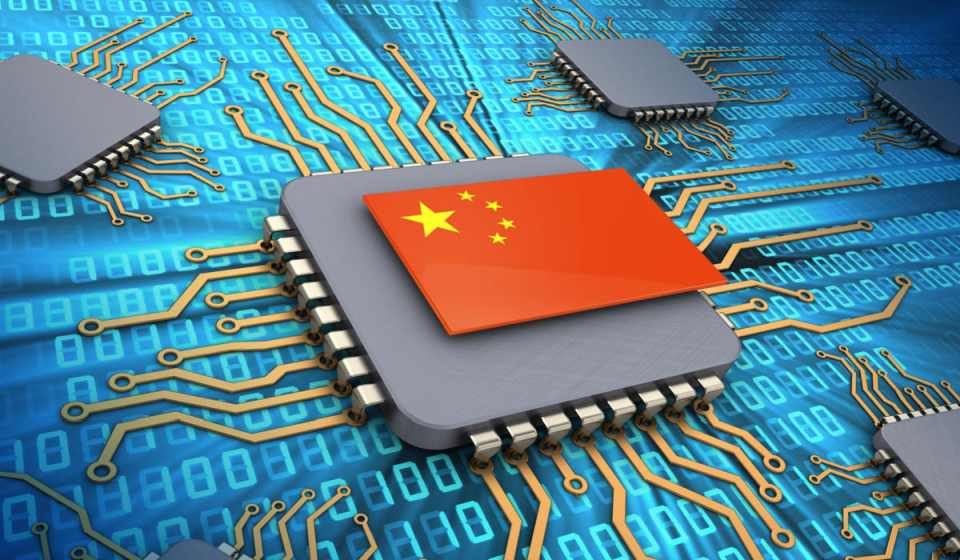 The tiny island of Taiwan currently accounts for 63% of the global semiconductor market share. So why are U.S. venture capital (VC) firms ramping up investments in Chinese semiconductor companies instead of Taiwan with a track record of chip manufacturing? Do they know something that the rest of the world doesn’t know about? With the constant drumbeat of war between China and Taiwan, it sounds like the VC firms are betting on a quick demise of Taiwan.

According to a new report from the Wall Street Journal (WSJ), U.S-based VC firms have been “ramping up investments” in Chinese semiconductor companies despite the obvious national security risks. For example, according to a 2018 Bloomberg report, Chinese spies were able to infiltrate and attack almost 30 U.S. companies, including Amazon and Apple, “by compromising America’s technology supply chain” using “a tiny chip” made by a Chinese company.

According to multiple investigations, Bloomberg found a case of how a Chinese subcontractor implanted a tiny microchip on another chip manufactured by a US-based chip company Elemental.

Here is how Bloomberg explains the attack, “In late spring of 2015, Elemental’s staff boxed up several servers and sent them to Ontario, Canada, for the third-party security company to test, the person says. Nested on the servers’ motherboards, the testers found a tiny microchip, not much bigger than a grain of rice, that wasn’t part of the boards’ original design. Amazon reported the discovery to U.S. authorities, sending a shudder through the intelligence community. Elemental’s servers could be found in Department of Defense data centers, the CIA’s drone operations, and the onboard networks of Navy warships. And Elemental was just one of hundreds of Supermicro customers.” Here is the shocking part from Bloomberg.

“During the ensuing top-secret probe [Elemental], which remains open more than three years later, investigators determined that the chips allowed the attackers to create a stealth doorway into any network that included the altered machines. Multiple people familiar with the matter say investigators found that the chips had been inserted at factories run by manufacturing subcontractors in China.”

Now back to The Journal story. Again, why are the U.S. venture capital firms investing in Chinese chip companies despite China’s history of hacking, hardware tampering, and infiltration into US companies using chips made in China?

To make matter worse, the WSJ further noted that these VC firms have helped raise “billions” for Chinese chip tech startups instead of investing the billions in US-based chip tech startups. For instance, from 2017 to 2020, there have been more than 58 deals in China’s semiconductor industry, the report says. 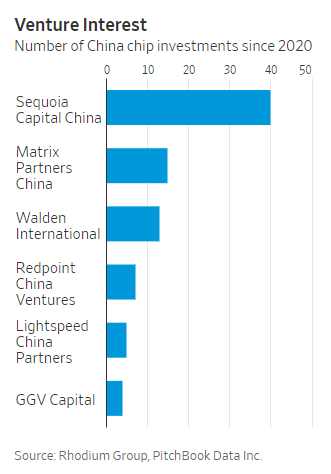 According to the WSJ report, VC heavyweights including Sequoia Capital, Lightspeed Venture Partners, Matrix Partners, and Redpoint Ventures have made “at least 67 investments” in Chinese chip companies since the beginning of 2020. Again, Sequoia and Redpoint tried to downplay the WSJ report saying their deals have been done “independent” of their U.S. offices in Silicon Valley. The Journal added that “Sequoia Capital’s China unit has made at least 40 investments in Chinese chip-sector companies since 2020”.

However, investments in Chinese semiconductor companies are not limited to VC firms alone. Big Tech giants and private investors are also investing in Chinese chip startups. Among the “active investors” is Intel, the Santa Clara, California-based tech giant that has invested in a Chinese company called Primarius Technologies Co., which makes chip-design tools that the U.S. currently holds the lead.

However, Intel tries to downplay the report. The company told the WSJ that its China investments “are less than 10% of the deals in a global portfolio designed to support its business and generate a return.” 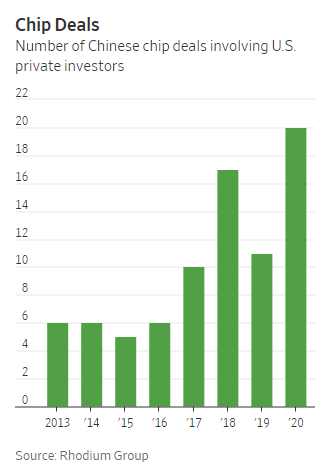 Meanwhile, the billion-dollar investments in Chinese chip startup companies have gotten the attention of do-nothing politicians and bureaucrats in Washington. US National Security Adviser Jake Sullivan said this summer that the Biden administration is “looking at the impact of outbound U.S. investment flows that could circumvent the spirit of export controls or otherwise enhance the technological capacity of our competitors in ways that harm our national security.”

Below is a video of how China used a tiny chip to infiltrate U.S. companies. 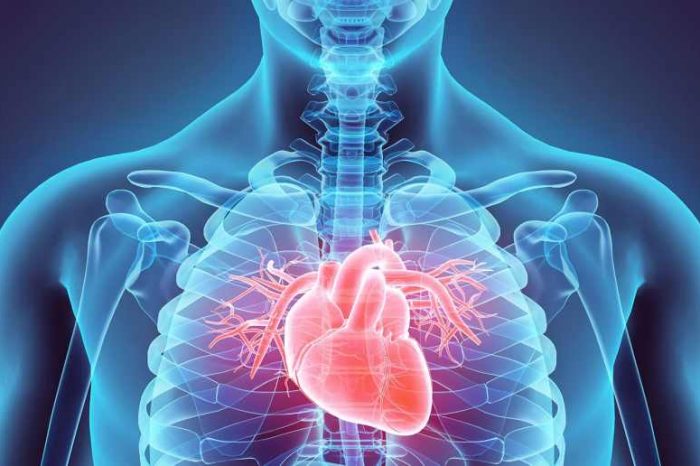 Why are some young people dying of heart attack after taking covid vaccines? Here is a video of at least 20 high school athletes in the US and Europe who died after collapsing during games 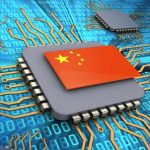