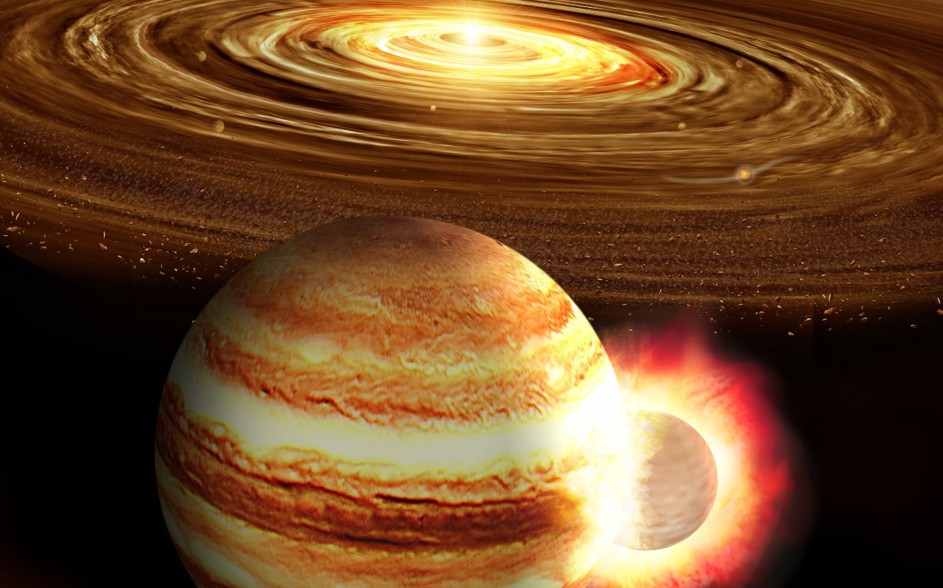 Have you ever wondered why asteroids have not hit our planet? Asteroids are small, rocky, or metallic objects orbiting the Sun. Most Asteroids are usually a little over 1 meter in diameter. The largest asteroid is Ceres, which has a diameter of 965 kilometers (600 miles). But most asteroids, including Ceres, are located in the asteroid belt between Mars and Jupiter, but some come near to or cross Earth’s orbit.

So how is our planet protected from these asteroids? The answer lies in Jupiter’s gravity. We all know that Jupiter is the largest planet in our solar system. Jupiter is also a gaseous beast of a planet 318 times more massive, 11 times larger than Earth, and 2.5 times bigger than all the other planets combined. Surprisingly, most planetary systems don’t have a gas giant like ours; only about 15 percent of planetary systems appear to.

For a long time, scientists haven’t exactly known what lies beyond the violent swirling clouds in the atmosphere. As it turns out, Jupiter is more than just an enormous ball of gas spinning a few hundred million miles farther out in the solar system–Jupiter protects Earth and the other inner planets from destruction by deflecting comets and asteroids.

According to a paper published in the Proceedings of the National Academy of Sciences in May 2015, two scientists are suggesting that the inner solar system once played host to a bunch of “super-Earths” — planets that were larger than our own but smaller than Neptune. Jupiter, however, put an end to those early occupiers of the inner orbits, bulldozing in and sweeping them into the sun.

The two scientists suggested that the inner solar system once played host to a bunch of “super-Earths” — planets that were larger than our own but smaller than Neptune.

The planet is so vast that its gravity helps to pull and interrupt most potential asteroids from hitting Earth. There is more gravity on Jupiter than on Earth. Someone who weighs 100 pounds on Earth would weigh about 240 pounds on Jupiter.

Konstantin Batygin of Caltech, one of the authors of the paper said:

“Our work suggests that Jupiter’s inward-outward migration could have destroyed the first generation of planets and set the stage for the formation of the mass-depleted terrestrial planets that our solar system has today.”

Jupiter, however, put an end to those early occupiers of the inner orbits, bulldozing in and sweeping them into the sun, according to a paper published this week in the Proceedings of the National Academy of Sciences.
Jupiter’s epic, the planet-shattering journey toward the sun and back out again laid the foundations for the creation of Earth and the other smaller planets nearby — Mercury, Venus, and Mars.

So next time when you look at the sky, take a moment to thank Jupiter. Below is a video of how Jupiter saves Earth from destruction. 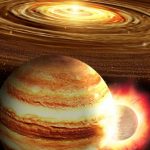