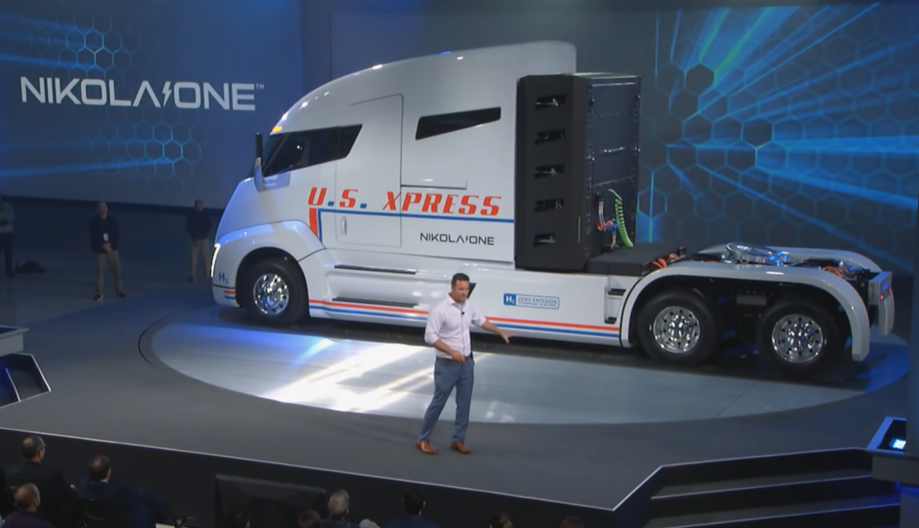 In July, we wrote about the founder of hydrogen truck startup Nikola Trevor Milton after he was charged with criminal fraud and two counts of securities fraud. About a year before the charges, Trevor Milton resigned from the company he founded as the U.S. Securities and Exchange Commission (SEC) continued its investigation over the short seller’s claims that the hydrogen-electric truck startup misled investors.

After about a year of investigations into the company’s business activities, a US Federal grand jury returned an indictment against Trevor Milton that included three counts of criminal fraud, including “lying about ‘nearly all aspects of the business,” and two counts of securities fraud. In defiance, Milton pled not guilty to the charges and has been freed on a $100 million bond.

Judge Strauss confirmed that Milton’s false claims occurred between November 2019, when Milton took steps to take Nikola public, and September 2020, when he left the company. During that period, Milton became “increasingly preoccupied” with keeping Nikola’s stock price high, enabling his own holdings to top US$7 billion (S$9.4 billion) when Nikola shares were at their peak, she said.

In her ruling, US Attorney for the Southern District of New York Audrey Strauss said:

“In order to drive investor demand for Nikola’s stock, Milton lied about nearly every aspect of the business.” At a news conference held after her office released a 49-page indictment of Milton on three counts of fraud, judge Strauss said “Milton brazenly and repeatedly made false and misleading claims about the status of Nikola technology.”

However, the story of Milton’s deception is far worse than we originally thought. Now, a new video documentary sheds more light on how Milton became a billionaire using a fake video of a driving prototype to swindle both individual and institutional investors into the alleged Tesla killer.

At its peak, Nikola received $2 billion in funding from General Motors using what hedge fund Hindenburg Research report said was based on an ‘intricate fraud’ that faked an ad by rolling one of its trucks downhill because it didn’t have an engine, and then edited footage to make the road look flat. “Nikola admits to faking video of the driving prototype in weak response to allegations,” Electrek wrote. The scathing report also claims that Nikola is an ‘intricate fraud’ based on years of lies and fake products.

That was not all. Nikola was also accused of staging a promotional video for its Nikola One truck that reportedly didn’t have an engine. In response, Milton called the report a ‘hit job’ and asked the public to ‘give me a few hours to put together responses to their lies.’ In a tweet, Milton said:

“It makes sense. Tens of millions of shares shorted the last day or two to slam our stock and a hit job by Hindenburg. I guess everything is fair game in war, even a hit job. I know who funded it. Give me a few hours to put together responses to their lies. This is all you got?”

“Trevor appointed his brother, Travis, as “Director of Hydrogen Production/Infrastructure” to oversee this critical part of the business. Travis’s prior experience appears to have largely consisted of pouring concrete driveways and doing subcontractor work in Hawaii. $NKLA,” Hindenburg wrote.

Trevor appointed his brother, Travis, as “Director of Hydrogen Production/Infrastructure” to oversee this critical part of the business. Travis’s prior experience appears to have largely consisted of pouring concrete driveways and doing subcontractor work in Hawaii. $NKLA pic.twitter.com/V3eLoguEZx

One of Hindenburg’s most striking claims comes from the allegation that Nikola faked a promotional video for its Nikola One truck in 2018. Titled “Nikola One in Motion” and published on Nikola’s official YouTube page, the video appeared to show the truck driving on a level road at a high rate of speed. See the video below.

But according to Hindenburg, the truck didn’t actually have a working engine. Instead, the company rolled the prototype along a downhill stretch of a highway and filmed it as if it was being driven.

Hindenburg is not alone. A former employee who reportedly spoke with Nikola Chief Engineer Kevin Lynk, also corroborated the video. He said Lynk told them “how it was going to work and he said they would tow it to the top of a super low-grade hill and let it roll.”

Another person familiar with the video also told the Financial Times the video demonstration was fake. The person claimed the video was shot on a hill in an isolated area of Utah. The footage was then edited to make the terrain look flat, the source said. Below is a screenshot of the location in Utah. 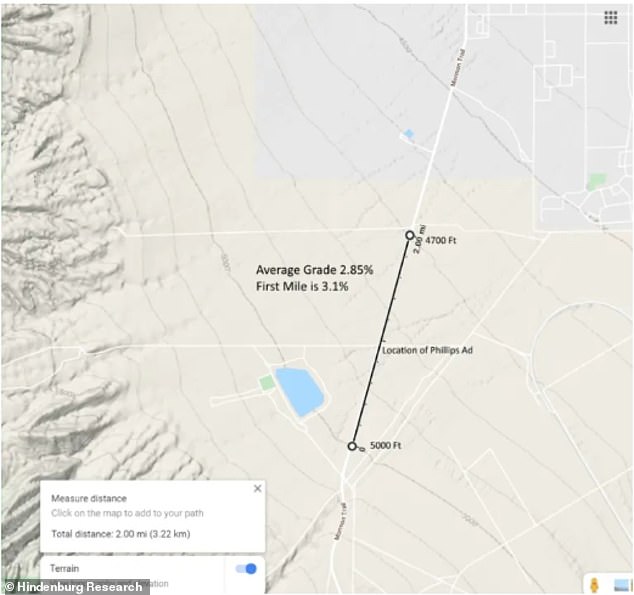 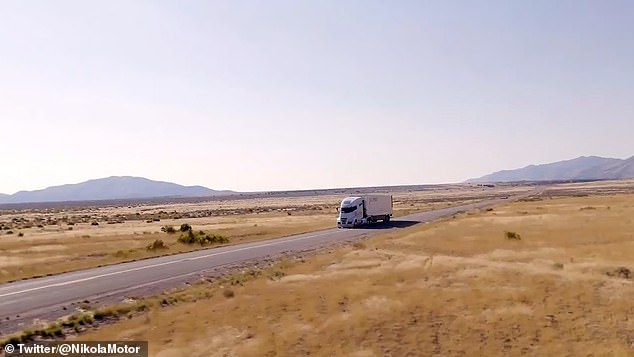 What’s even more shocking is another claim from Hinderburg. The firm said that Nikola never had any intentions of finishing the development of the Nikola One, which was first unveiled by the company in December 2016. Instead, Hinderburg claimed that Nikola’s promotional video was merely a stunt to appease skeptical investors.

Milton billed the Nikola One as “by far the most state of the art truck ever built in history.” He also assured in a tweet that the truck unveiled at the event would be ‘functioning’ and ‘fully built.’ However, Nikola One later fell subject to much scrutiny by the media and Wall Street after it was unveiled.

During the unveiling, Milton said:

‘I don’t want someone to end up doing something and driving this truck off the stage…so we’re going to try to keep people from driving off. But this thing fully functions and works, which is really incredible.’

Milton also insisted three times at the close of his presentation that the truck was real.

‘For every doubter out there that said there’s no way this is true. How can that be possible? We’ve done it. It’s my pleasure to actually let you guys enjoy the night, see the truck, know it’s real, touch it, feel how sturdy it is. You’re going to see that this is a real truck. This is not a pusher. Thank you so much everyone!’

Others familiar with the launch told the network they were concerned by Milton’s claims about the truck. “I never deceived anyone,” Milton said in an interview. “There wasn’t a fuel cell in the truck. We never claimed there was,” Milton explained, while confirming the motors and gears weren’t in the vehicle for safety reasons.

Gears and motors were reportedly missing, and while the words ‘H2 Zero-Emission Hydrogen Electric’ was emblazoned on the side of the vehicle, there was no fuel cell on board. 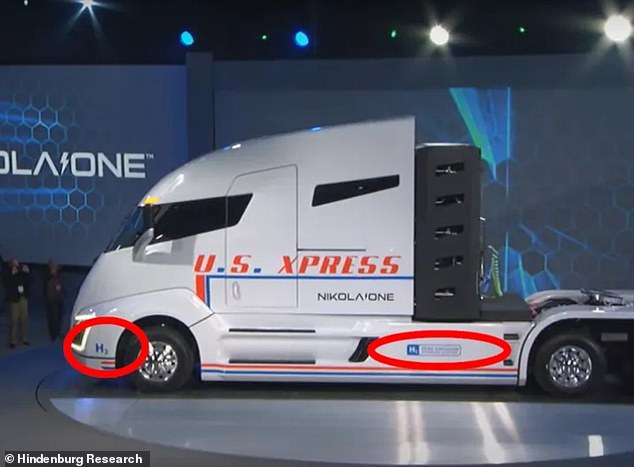 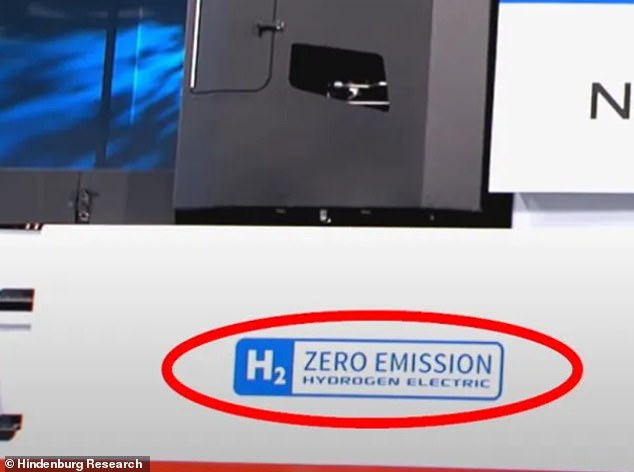 A close-up of the H2 decal on the truck from the night of the launch is seen close up above. 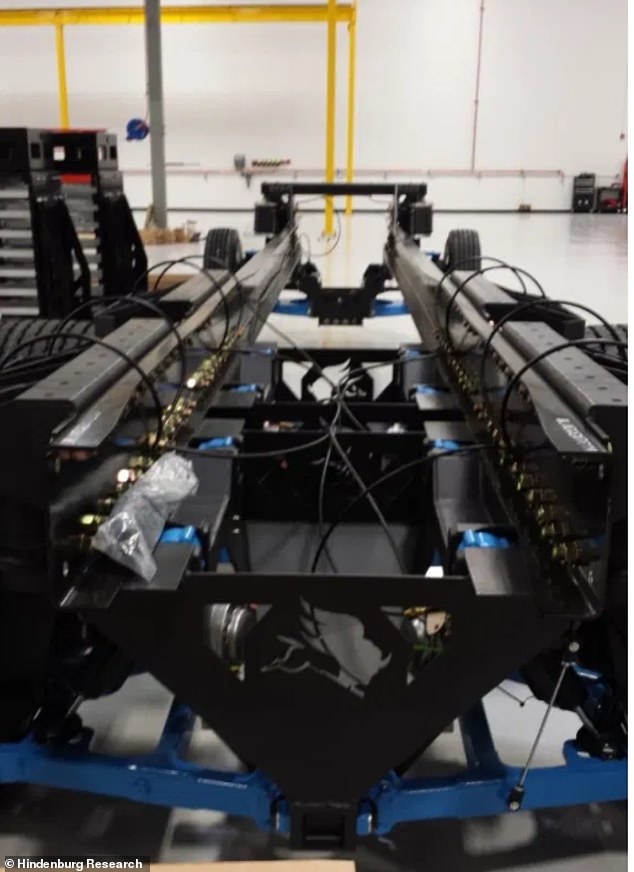 The behind-the-scenes photos of the launch acquired by Hindenburg purportedly show how incomplete the truck actually was in the build-up to the launch. 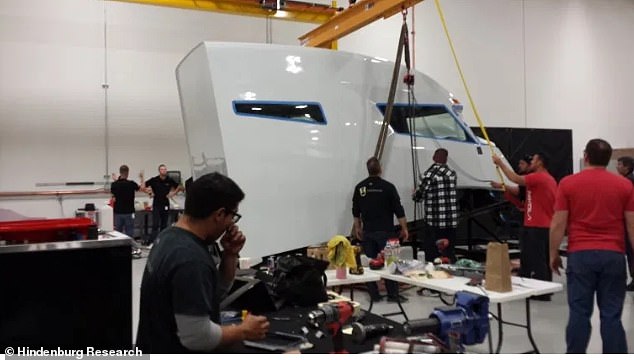 The body of the Nikola One truck reportedly arrived in late November, roughly a week before the show. In the end, the demonstration turned out to be a lie. Below is a video from Jake Tran about it all started.

Milton founded Nikola in 2015 with the primary goals of manufacturing semi-trucks that run on alternative fuels with low or zero emissions and building an alternative fuel station infrastructure to support those vehicles.

After raising billions in several private offerings, and then in connection with a business combination with a special purpose acquisition company (“SPAC”), Nikola raised more than $1 billion dollars, most of it from institutional investors.  Nikola began trading on the Nasdaq on June 3, 2020, under the ticker symbol NKLA. 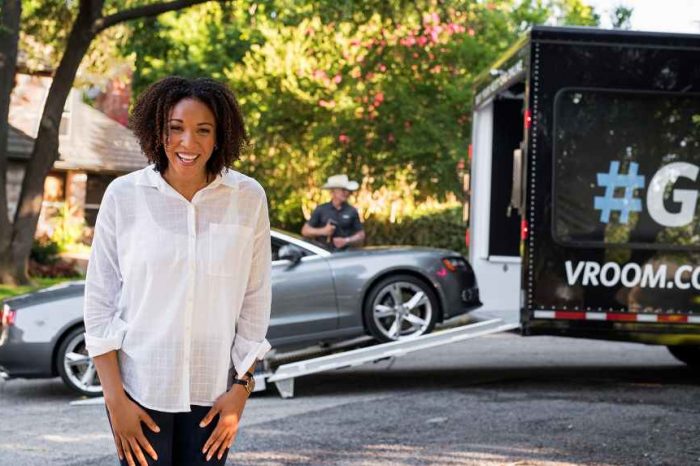 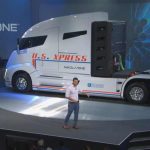