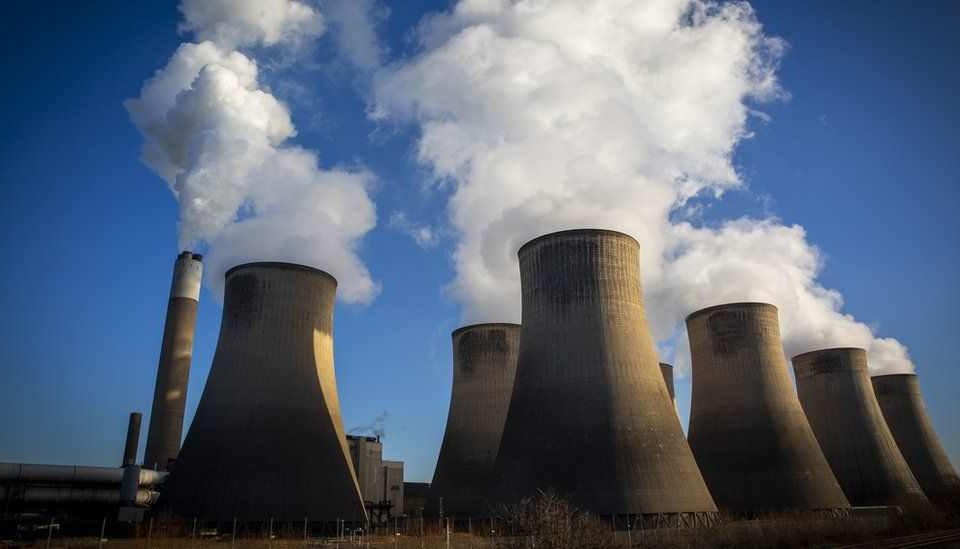 Over the past two decades, at least $3 trillion has been invested in renewable energy sources including solar, winds, hydropower, and battery storage. A 2019 report from UN Environment Programme (UNEP) found that investments in renewable energy were set to surpass $2.5 trillion between 2010 and 2019.

In 2019 alone, renewables grew by a record amount and provided the largest contribution (41%) to growth in primary energy, with the level of renewable power generation exceeding nuclear power for the first time. In 2020,  the world’s renewable energy capacity jumped 45% as part of “an unprecedented boom” in wind and solar energy, according to a report from the International Energy Agency.

However, with so much noise being made about renewables, it’s very easy to lose perspective on where our energy supply is really coming from. So for climate change activists and everyone fighting to solve the climate crisis, it’s time for a stark reality check and highlights our addiction to fossil fuels and their devastating consequences on the planet.

Despite record growth in renewables and trillion dollars investments in renewable energy, fossil fuels still account for 84 percent of the world’s energy supply. A landmark report finds that a staggering 84% of global primary energy consumption in 2019 was still produced by the burning of fossil fuels, with oil being the single biggest contributor at 33%, followed by coal and natural gas at 27% and 24.3% respectively.

What is most sobering about this number is that we’ve only reduced fossil fuels as a share of global primary energy by 1.8% in… two decades! The burning of fossil fuels still accounts for around 75% of global greenhouse gas emissions. which is the largest driver of climate change.

“Despite record growth in renewables and trillion dollars investments in renewable energy, the sobering fact is that we’ve only reduced fossil fuels as a share of global primary energy by 1.8% in… two decades!“

Titled, “2020 Statistical Review of World Energy,” the report finds that oil remains the dominant fuel in Africa, Europe, and the Americas, while natural gas dominates in the Commonwealth of Independent States (CIS) and the Middle East, accounting for more than half of the energy mix in both regions. The report also finds that coal is the dominant fuel in the Asia Pacific region.

The report further found that the share of both natural gas and renewables rose to record highs of 24.2% and 5.0% respectively. Renewables have now overtaken nuclear which makes up only 4.3% of the energy mix. The share of
hydroelectricity has been stable at around 6% for several years.

Below is a table of shares of primary energy and contributions in 2019. 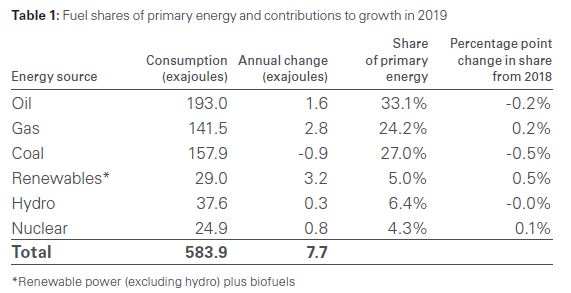 Below is a chart of global primary energy consumption by source from Our World in Data. The primary energy is calculated based on the ‘substitution method’ which takes account of the inefficiencies in fossil fuel production by converting non-fossil energy into the energy inputs required if they had the same conversion losses as fossil fuels. 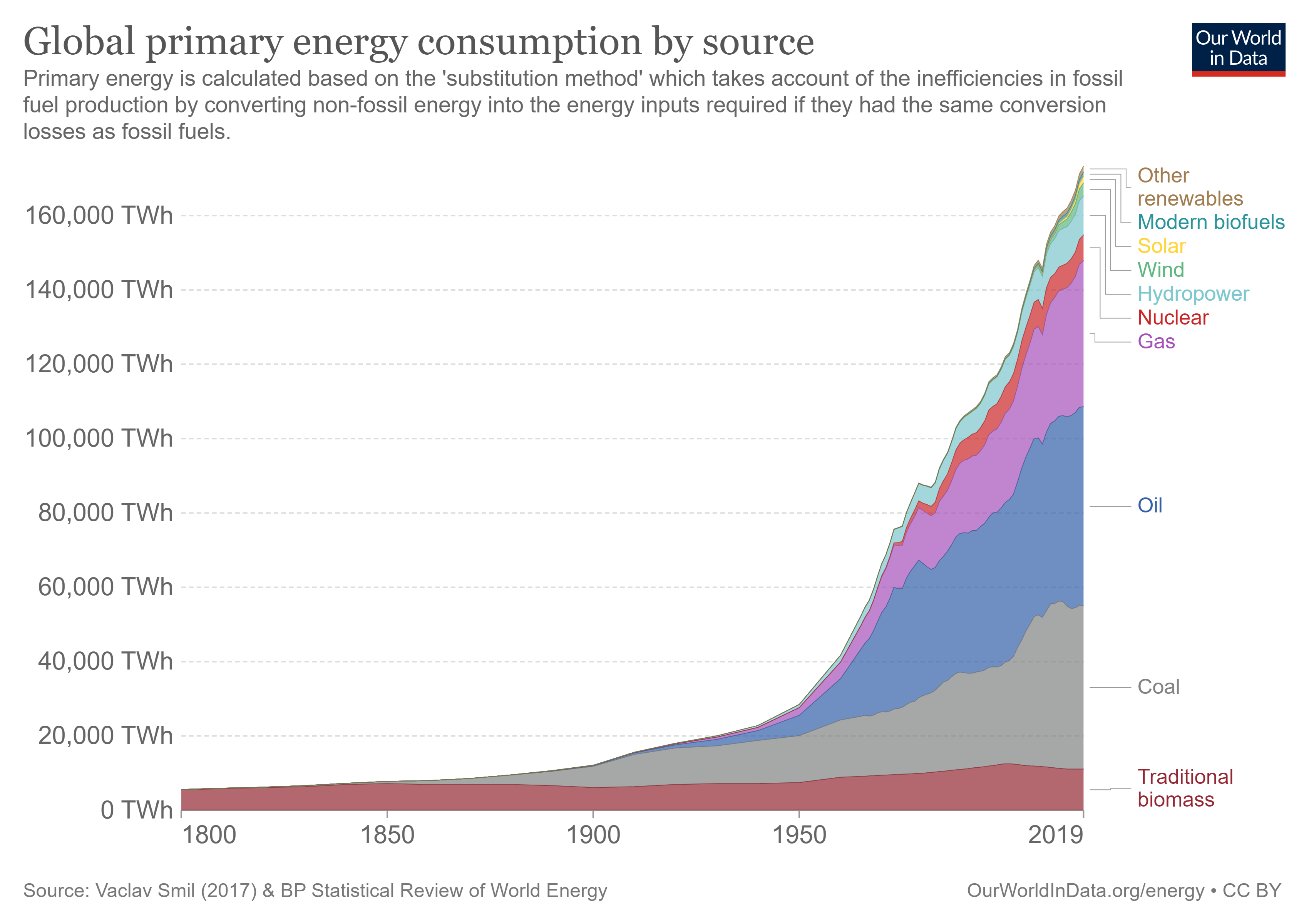 Primary energy consumption rose by 1.3% last year, less than half its rate in 2018 (2.8%). Growth was driven by renewables (3.2 EJ) and natural gas (2.8 EJ), which together contributed three-quarters of the increase. 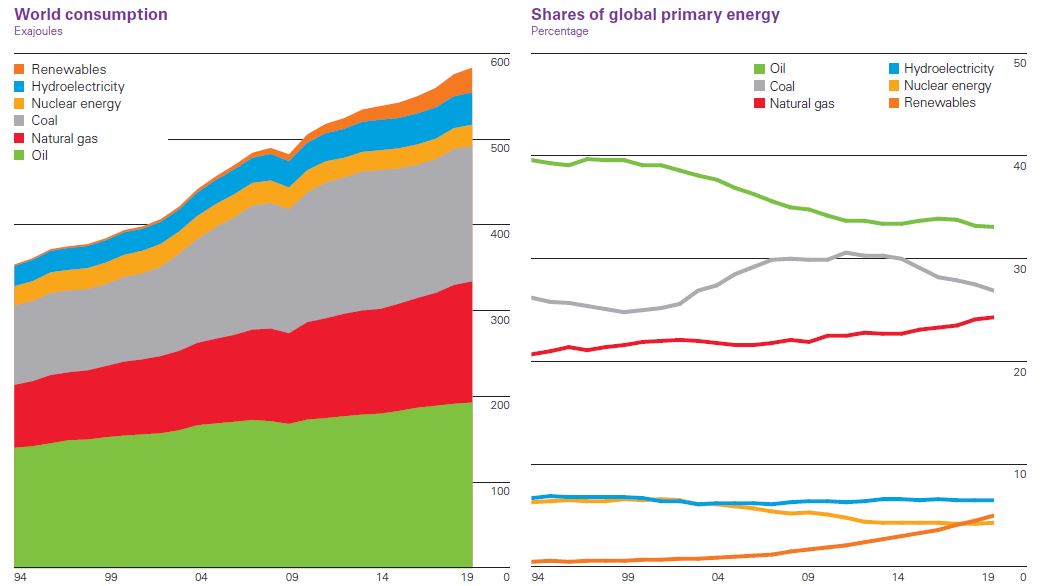 Meanwhile, oil is shooting back up in price and natural gas has exploded in prices in Europe, creating havoc all over the continent. Europe’s energy crisis exposes the fragility of renewable energy and continued dependence on fossil fuels as prices of natural gas increased by 180% from a year ago

Below is a video from Vox on The End of Oil, Explained.

Below is the full report.
bp-stats-review-2020-full-report 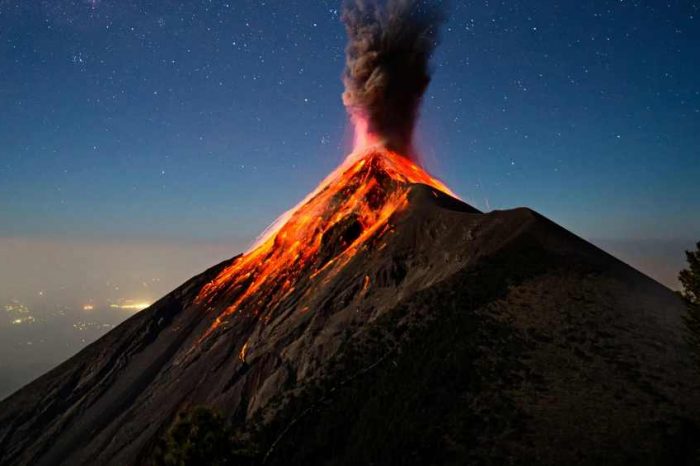 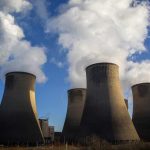