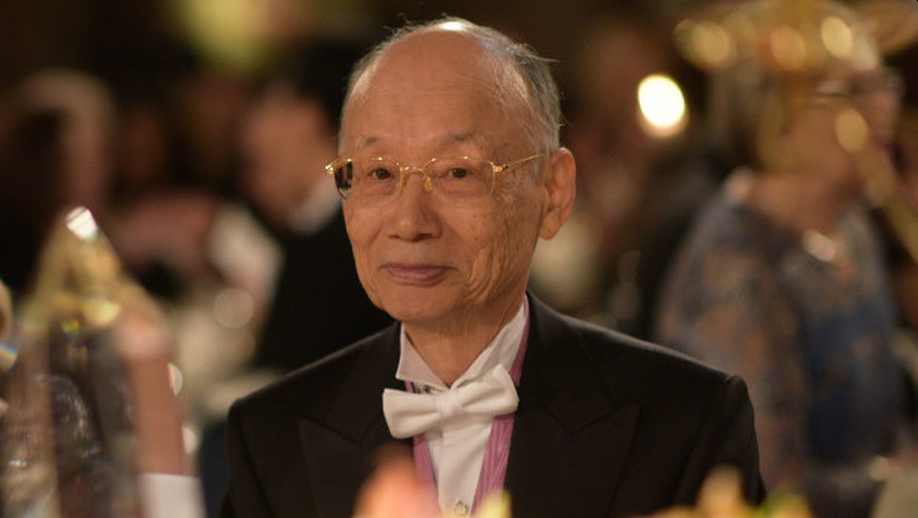 In early August, a double-blind study from Israel found that Covid-19 could be treated for under $1 a day using the Nobel Prize-winning drug Ivermectin. Unfortunately, the news about the study received little to no attention from the mainstream media in the U.S even after Israeli scientist, Professor Schwartz, found that nearly 72% of volunteers treated with Ivermectin tested negative for the virus by day six. In contrast, only 50% of those who received the placebo tested negative.

First discovered in 1975 and has been in use since 1981, Ivermectin was approved by the FDA on November 22, 1996, as an anti-parasitic drug used to treat river blindness and intestinal roundworm infection in humans and to de-worm pets and livestock.

In 2018, two years before the coronavirus pandemic, Ivermectin was the 420th most commonly prescribed medication in the United States, with more than one hundred thousand prescriptions, according to drug usage statistics from the ClinCalc DrugStats Database.

Almost a month after the results of the Ivermectin study in Israel, the drug is back in the news after Joe Rogan, the popular podcast host and archnemesis of the mainstream media, revealed that he was tested positive for the coronavirus. However, instead of getting the vaccine, Rogan decided to use Ivermectin and a cocktail of other drugs.

Within three days of taking Ivermectin and other cocktail drugs, Rogan bounced back saying: “I Feel Good.” Rogan said, “So we threw the kitchen sink at it, all kinds of meds,” adding that he took a Z-Pak (aka the antibiotic azithromycin), prednisolone (a corticosteroid used to treat inflammation), and Ivermectin.

Below is a video of Rogan himself talking about his recovery.

From the man himself pic.twitter.com/aUN1jgpSIi

About a week before, the FDA posted this from its official Twitter account explaining “why you should not use Ivermectin to treat or prevent COVID-19.” The agency said: “You are not a horse. You are not a cow. Seriously, y’all. Stop it.”

So, what’s the real truth about the human use of Ivermectin? The best way to answer this question is to hear from the horse’s mouth–the man who invented the drug, Nobel Prize winner Satoshi Omura.

Professor Satoshi Omura explained the human use of Ivermectin in Proceedings of the Japan Academy Series B, Physical and Biological Sciences, also published in Europe PubMed Central, an open-access repository that contains millions of biomedical research works. Also, during the Nobel Prize award, Professor Omura also said that “Ivermectin is safe and effective for human use against the  for the treatment of River Blindness.”

In an article titled, “Ivermectin, ‘wonder drug’ from Japan: the human use perspective,” Professor Omura said that Ivermectin “has had an immeasurably beneficial impact in improving the lives and welfare of billions of people throughout the world.”

“Discovered in the late-1970s, the pioneering drug ivermectin, a dihydro derivative of avermectin–originating solely from a single microorganism isolated at the Kitasato Institute, Tokyo, Japan from Japanese soil–has had an immeasurably beneficial impact in improving the lives and welfare of billions of people throughout the world.”

“In the early-1970s, a novel international Public Sector–Private Sector partnership was initiated by one of us (Ōmura, then head of the Antibiotics Research Group at Tokyo’s Kitasato Institute), forming a collaboration with the US-based Merck, Sharp, and Dohme (MSD) pharmaceutical company. Under the terms of the research agreement, researchers at the Kitasato Institute isolated organisms from soil samples and carried out preliminary in vitro evaluation of their bioactivity,” he wrote. 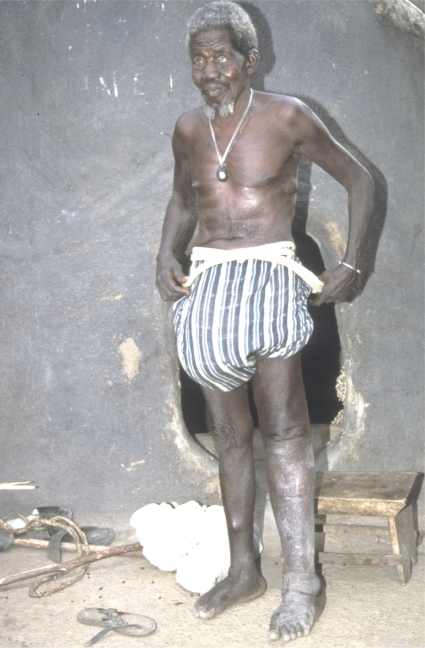 Ivermectin is used to treat human diseases caused by roundworms and ectoparasites, especially in Africa and other third-world countries. It is used primarily to treat parasitic infections which were difficult to treat with other anti-parasitics.

“The origins of ivermectin as a human drug are inextricably linked with Onchocerciasis (or River Blindness), a chronic human filarial disease caused by infection with Onchocerca volvulus worms. The parasites are transmitted via the bite of infected blackflies of the genus Simulium, which breed in highly oxygenated, fast-flowing rivers and watercourses. In the human body, immature larval forms of the parasite create nodules in subcutaneous tissue, where they mature into adult worms. After mating, female worms can release up to 1000 microfilariae a day for some 10–14 years. These move through the body, and when they die they cause a variety of conditions, including skin rashes, lesions, intense itching, oedema, and skin depigmentation (photo on the right),” Ōmura wrote.

He added, “Microfilariae also invade the eye, causing visual impairment and loss of vision, onchocerciasis is the second leading cause of blindness caused by an infectious disease.17) The disease causes visual damage for some 1–2 million people, around half of who will become blind.18)”

As you can see, Ivermectin is not used in the treatment of horses and cows, it is also in savings millions of human lives around the world, especially in Africa and other developing nations. That being said, the FDA has NOT Ivermectin for the treatment of covid-19. In the same token, the media and the FDA are not being fully truthful by saying the drug is used for horses and cows.  We’re are almost at a point where the level of ignorance caused by the media about Ivermectin may never be reversed.

Below is a video of Professor Satoshi Omura at the Nobel Prize award ceremony for his discovery Ivermectin.

Below is the abstract of the study

Discovered in the late-1970s, the pioneering drug ivermectin, a dihydro derivative of avermectin—originating solely from a single microorganism isolated at the Kitasato Intitute, Tokyo, Japan from Japanese soil—has had an immeasurably beneficial impact in improving the lives and welfare of billions of people throughout the world. Originally introduced as a veterinary drug, it kills a wide range of internal and external parasites in commercial livestock and companion animals. It was quickly discovered to be ideal in combating two of the world’s most devastating and disfiguring diseases which have plagued the world’s poor throughout the tropics for centuries. It is now being used free-of-charge as the sole tool in campaigns to eliminate both diseases globally. It has also been used to successfully overcome several other human diseases and new uses for it are continually being found. This paper looks in depth at the events surrounding ivermectin’s passage from being a huge success in Animal Health into its widespread use in humans, a development which has led many to describe it as a “wonder” drug.

There are few drugs that can seriously lay claim to the title of ‘Wonder drug’, penicillin and aspirin being two that have perhaps had greatest beneficial impact on the health and wellbeing of Mankind. But ivermectin can also be considered alongside those worthy contenders, based on its versatility, safety and the beneficial impact that it has had, and continues to have, worldwide—especially on hundreds of millions of the world’s poorest people. Several extensive reports, including reviews authored by us, have been published detailing the events behind the discovery, development and commercialization of the avermectins and ivermectin (22,23-dihydroavermectin B), as well as the donation of ivermectin and its use in combating Onchocerciasis and lymphatic filariasis.1–6) However, none have concentrated in detail on the interacting sequence of events involved in the passage of the drug into human use.

When it first appeared in the late-1970s, ivermectin, a derivative of avermectin (Fig. ​(Fig.1 )1 ) was a truly revolutionary drug, unprecedented in many ways. It was the world’s first endectocide, forerunner of a completely new class of antiparasitic agents, potently active against a wide range of internal and external nematodes and arthropods. In the early-1970s, a novel international Public Sector–Private Sector partnership was initiated by one of us (Ōmura, then head of the Antibiotics Research Group at Tokyo’s Kitasato Institute), forming a collaboration with the US-based Merck, Sharp and Dohme (MSD) pharmaceutical company. Under the terms of the research agreement, researchers at the Kitasato Institute isolated organisms from soil samples and carried out preliminary in vitro evaluation of their bioactivity. Promising bioactive samples were then sent to the MSD laboratories for further in vivo testing where a potent and promising novel bioactivity was found, subsequently identified as being caused by a new compound, which was named ‘avermectin’.7) Despite decades of searching around the world, the Japanese microorganism remains the only source of avermectin ever found.1) Originating from a single Japanese soil sample and the outcome of the innovative, international collaborative research partnership to find new antiparasitics, the extremely safe and more effective avermectin derivative, ivermectin, was initially introduced as a commercial product for Animal Health in 1981. It is effective against a wide range of parasites, including gastrointestinal roundworms, lungworms, mites, lice and hornflies.7–12) Ivermectin is also highly effective against ticks, for example, the ixodid tick Rhipicephalus (Boophilus) microplus, one of the most important cattle parasites in the tropics and subtropics, which causes enormous economic damage. Indicative of the impact, in Brazil, where some 80% of the bovine herd is infested, losses total about $2 billion annually.13)

Today, ivermectin is being used to treat billions of livestock and pets around the world, helping to boost production of food and leather products, as well as keep billions of companion animals, particularly dogs and horses, healthy. The ‘Blockbuster’ drug in the Animal Health sector, meaning that it achieved annual sales in excess of over US$1 billion, maintained that status for over 20 years. It is so useful and adaptable that it is also being used off-label, sometimes, illegally, for example to treat fish lice in the aquaculture industry, where it can have a negative impact on non-target organisms. It also has extensive uses in agriculture.2)

Animal models have indicated conclusively that Th2 responses instil protective immunity against both L3 infective larvae and the microfilaria stage but that parasites are generally able to avoid these responses. This indicates that development of an effective vaccine may be possible, once a more comprehensive understanding of the process has been established.52) This overview may help explain the absence or comparatively slow development of drug resistance in the parasites in individuals, many of whom have been exposed to over 20 years of regular ivermectin treatment.

You can view the document below. 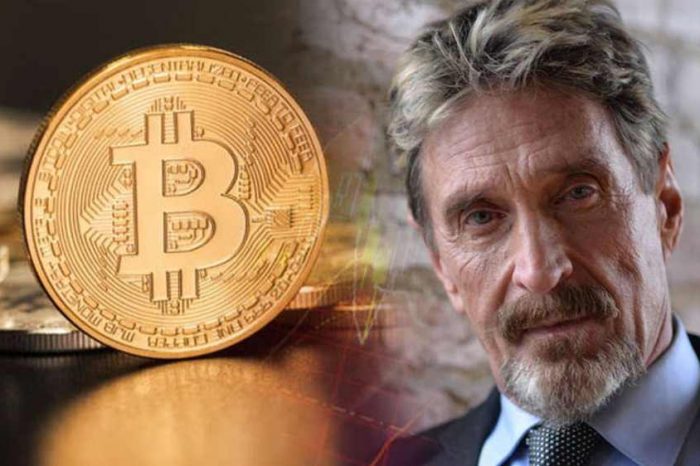 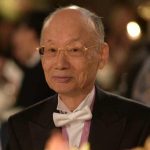