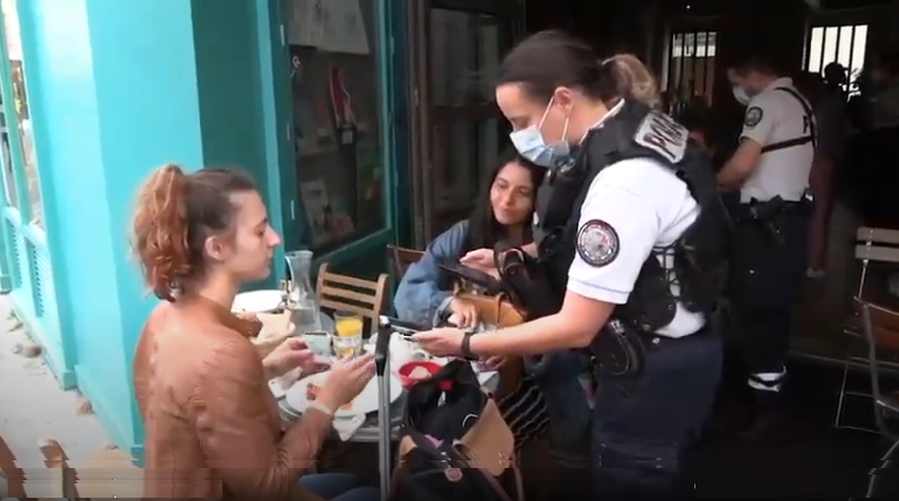 So it begins! The French police are now enforcing the mandatory health pass requirement in cafes and restaurants. The first police checks started in cafes and restaurants across Paris where the Health Pass is mandatory as of today. As of Monday, everyone in France has to show proof of vaccination or a negative COVID-19 test before taking a seat at their favorite cafe.

According to the new law, French citizens will be fined 135 euros for entering a cafe or restaurant without a vaccine passport and up to 9,000 euros for repeat offenders. Below is a video of French Police asking customers sitting outside cafes for their Health Pass.

Below is another version of the same video.

Proprietors who allow the unvaccinated into their establishments face a 1-year prison sentence and a €45,000 fine, according to a report from The Guardian. The new decree is expected to effect on August 1st.

The punishments are part of a draconian rule by the French government to force its citizens to get the coronavirus jab amidst multiple unruly protests across numerous major cities. Immediately after the announcement, there was a massive demonstration on the streets of Paris against the newly “annoncier French vaccine passport” with thousands of protesters chanting “freedom” and calling for the resignation of President Macron.

“People unable to present a valid health pass risk up to six months in prison and a fine of up to €10,000 (£8,500), according to the draft text of the law, while owners of “establishments welcoming the public” who fail to check patrons’ passes could go to jail for a year and be hit with a €45,000 fine,” The Guardian reported. 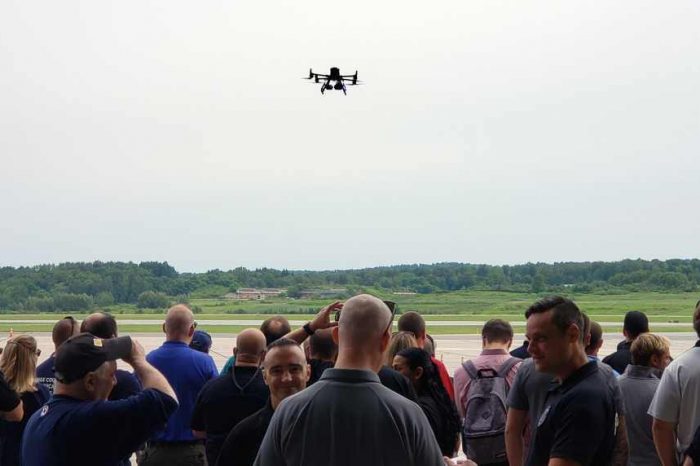 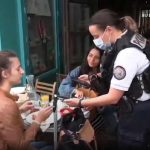