A new Pfizer funded study of 45,000 patients conducted over 6 months found there were 15 deaths in the vaccinated people versus 14 deaths in the unvaccinated

The highly-anticipated Pfizer’s safety and efficacy study of the BNT162b2 mRNA COVID-19 vaccine is finally out. After six months of monitoring over 45,000 patients, the study found that there were 15 deaths in the vaccine group and 14 deaths in the unvaccinated placebo group.

In other words, more vaccinated people died from the virus than the unvaccinated. According to the study, there were no deaths among 12‒15-year-old participants. The study not only demonstrates the lack of efficacy in the most important group but also highlights the extremely low fatality rate of Covid-19 in most of the 45,000 participants.

What’s also fascinating about this study is that the most important data about the study was not included in the main study. Instead, the specific list of deaths was buried on page 12 of the appendix of a separate document called supplementary material.

“The study cannot provide information on persistence of protection after a single dose, as 98.5% of participants received dose 2 as scheduled during the blinded study period,” the authors of Pfizer’s study wrote.

Pfizer had previously reported safety and efficacy data obtained through a median 2 months of postimmunization follow-up from a global phase 1/2/3 trial of BNT162b2 in ≥16-year-olds. Based on the result of the 2 months follow-up, Pfizer said the vaccine efficacy (VE) against COVID-19 was 95%. BNT162b2 had a favorable safety profile in diverse populations. The data from the two months of finding then formed the basis for BNT162b2 emergency/conditional authorizations globally, Pfizer said.

On July 28, Pfizer finally released its safety and efficacy findings from a prespecified analysis of the phase 2/3 portion of the trial up to about 6 months of follow-up as a preprint on the medRxiv server. 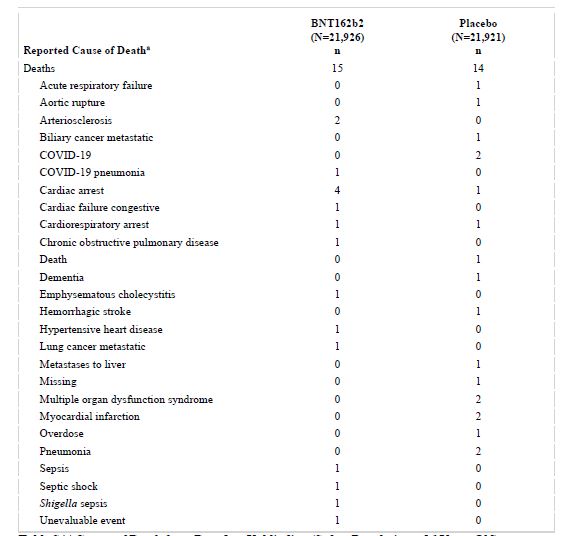 Table S4 | Causes of Death from Dose 1 to Unblinding (Safety Population, ≥16 Years Old). a. Multiple causes of death could be reported for each participant. There were no deaths among 12‒15-year-old participants

Below are the results of the study.

• During blinded and open-label periods combined, 55% of BNT162b2 recipients had ≥6 months follow-up post-dose 2.

• Of vaccinated participants, 58% had ≥2 months follow-up post-dose 2, 49% were female, 86% were White, 4.6% were Black/African American, and 12% were Hispanic/Latinx. Full demographic characteristics are reported elsewhere. 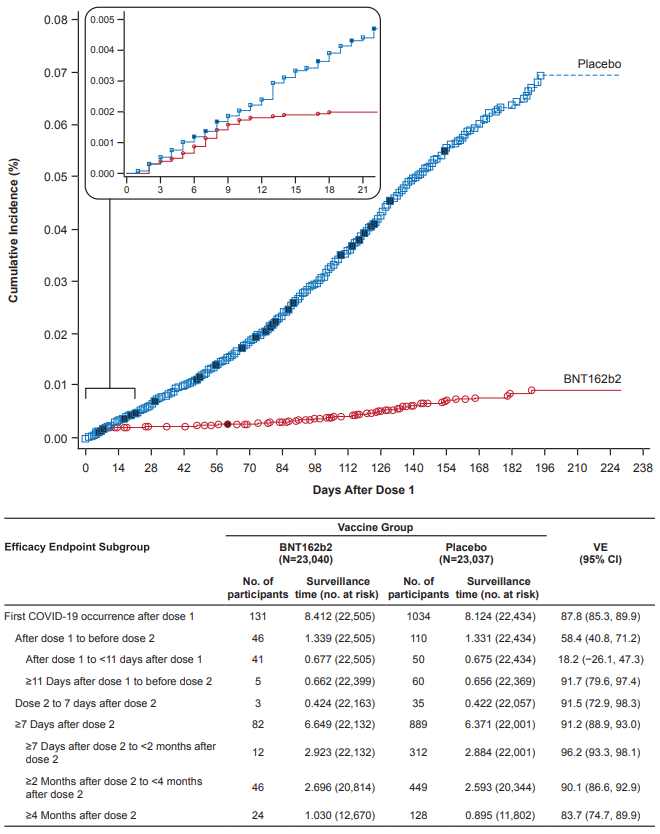 ABSTRACT
Background: BNT162b2 is a lipid nanoparticle-formulated, nucleoside-modified RNA vaccine
encoding a prefusion-stabilized, membrane-anchored SARS-CoV-2 full-length spike protein.
BNT162b2 is highly efficacious against COVID-19 and is currently authorized for emergency
use or conditional approval worldwide. At the time of authorization, data beyond 2 months postvaccination were unavailable.

Results: BNT162b2 continued to be safe and well-tolerated. Few participants had adverse events
leading to study withdrawal. VE against COVID-19 was 91% (95% CI 89.0‒93.2) through up to
6 months of follow-up, among evaluable participants and irrespective of previous SARS-CoV-2
infection. VE of 86%‒100% was seen across countries and in populations with diverse
characteristics of age, sex, race/ethnicity, and COVID-19 risk factors in participants without
evidence of previous SARS-CoV-2 infection. VE against severe disease was 97% (95% CI 80.3‒
99.9). In South Africa, where the SARS-CoV-2 variant of concern, B.1.351 (beta), was
predominant, 100% (95% CI 53.5, 100.0) VE was observed.

Conclusion: With up to 6 months of follow-up and despite a gradually declining trend in vaccine efficacy, BNT162b2 had a favorable safety profile and was highly efficacious in preventing COVID-19. 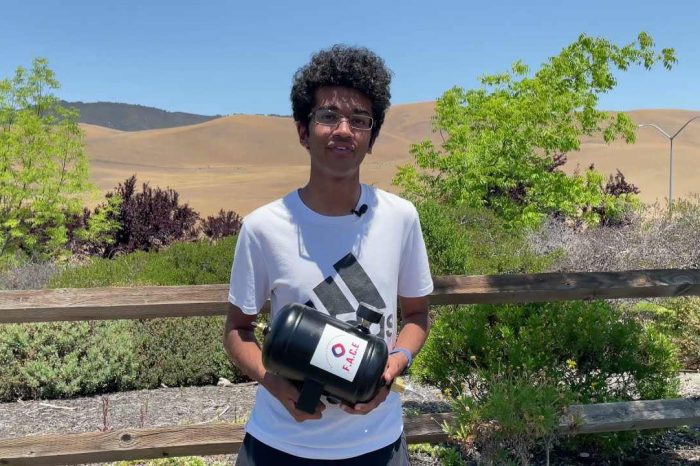 A new Pfizer funded study of 45,000 patients conducted over 6 months found there were 15 deaths in the vaccinated people versus 14 deaths in the unvaccinated