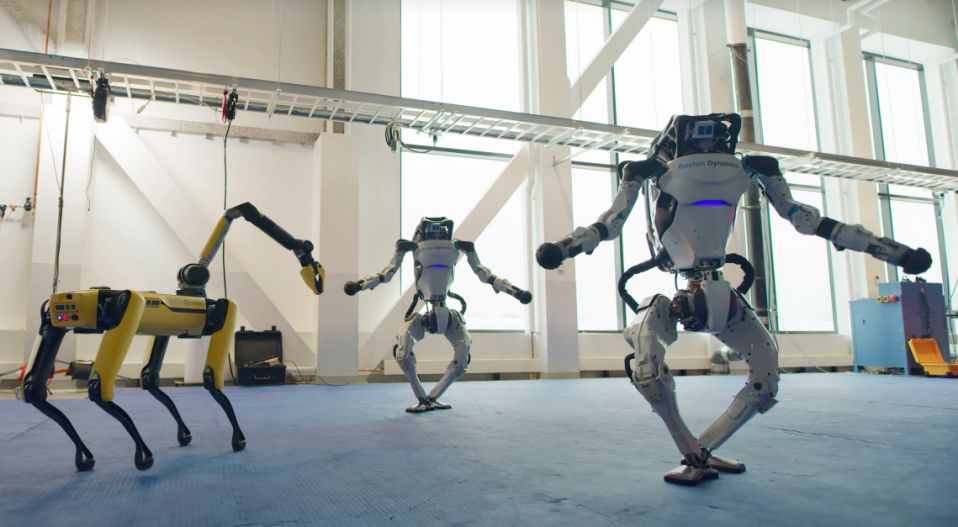 The video of Boston Dynamics’ humanoid robot dancing to music never gets old. On December 29, 2020, Boston Dynamics released a video of its dancing robots to usher in the New Year. With over six months into the new year, people are now reacting to the Boston Dynamics machines flawlessly and soulfully dancing in rhythm.

Vala Afshar, the Chief Digital Evangelist at Salesforce wrote in a tweet, “Imagine what AI-powered machines will be able to do in the next 5-10 years.” Another Twitter remarked, “Loneliness is the current and future reality of humans. AI fills that void in whatever way it best can. Dancing with the robots might be all one has to keep his/her spirits up in the future when technology takes over. So yes, it’s an important need for the future.”

The Massachusetts-based robotics firm is ushering us into the new year with new dance moves from Atlas and its two robotic friends. In the three-minute video, Atlas and the entire Boston Dynamics family, including the dog-like Spot and box-stacking Handle, dance to the “Do you love me” song at a Boston Dynamics facility. The video shows off the company’s impressive achievements in artificial intelligence.

In 2019, we wrote about Atlas, a Boston Dynamics humanoid robot designed for a variety of search and rescue tasks. The last time we checked in, Atlas was able to do simple parkours and running around the park performing backflips like a gymnast.

Then in September, Boston Dynamics upgraded Atlas to perform something similar to a floor routine in gymnastics. Atlas was also able to navigate a complicated obstacle course by using its whole body — legs, arms, torso — to perform a sequence of dynamic maneuvers that form a gymnastic routine. Unlike the previous version of Atlas, Boston Dynamics claimed that Atlas was trained using “new techniques that streamline the development process.”

In a post on Twitter, Boston Dynamics said, “Our whole crew got together to celebrate the start of what we hope will be a happier year. Happy New Year from all of us at Boston Dynamics.”

Watch the Boston Dynamics robot family dance to “Do You Love Me” from The Contours. 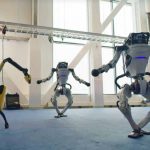