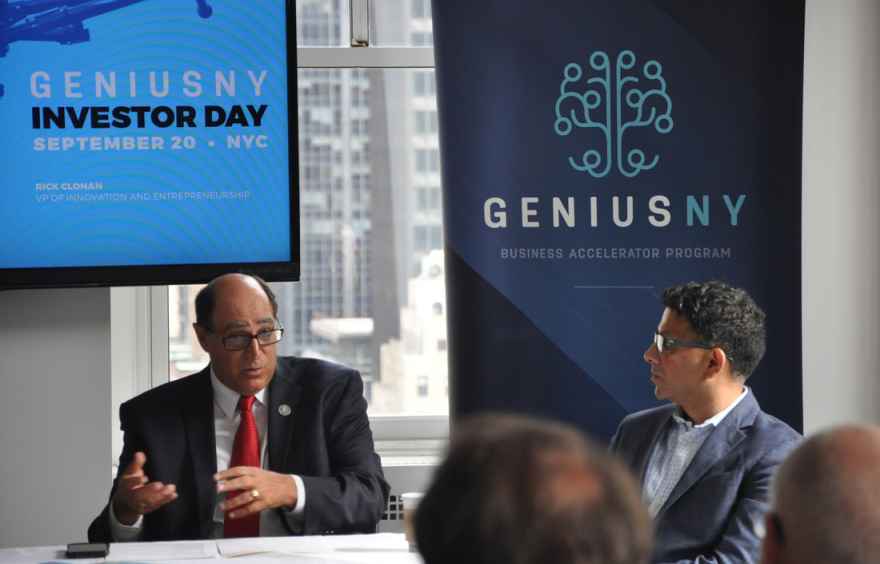 GENIUS NY, the world’s largest accelerator competition for unmanned systems and a business accelerator program at CenterState CEO’s Tech Garden, announced 13 teams as semi-finalists in the competition’s fifth round. The companies, which are developing innovations in unmanned aircraft systems (UAS), internet of things (IoT), and big data industries, were selected from a highly competitive pool of nearly 600 submissions from more than 50 countries. Of the 13 semi-finalists, five are international teams representing Germany, Israel, Poland, the Netherlands, and Switzerland. Five teams come from across New York state.

Companies were interviewed by a GENIUS NY panel of Executive Advisers and five finalists will be selected for entry into the GENIUS NY program. Judges are looking for companies that: will stay in the CNY region and utilize the ecosystem; will scale and be successful; represent the diversity of technology focus and team makeup. In mid-July, the finalists will arrive in Central New York and to begin establishing their businesses at The Tech Garden in downtown Syracuse. Finals Night will be held in late fall where teams will compete live by pitching their technologies to a panel of judges for the $1 million grand prize investment. The remaining four teams will each receive a $500,000 investment.

“The high-growth potential of all of these semi-finalist teams highlight the strength of this program and the entire ecosystem surrounding the unmanned systems industry in the region,” said Jeff Fuchsberg, director of GENIUS NY. “We look forward to working and learning more about these teams to determine which will move forward and be a part of the fifth round of the program. We will also continue to connect and engage with the teams that do not make the next round to determine if there are other growth opportunities for them at The Tech Garden and in Central New York.”

Since 2017, GENIUS NY has invested $12 million in 22 companies from around the world and brought them to Central New York to participate in the yearlong in-residence accelerator where they receive assistance with product development, business development, as well as networking opportunities with investors and business leaders. Since 2017, GENIUS NY companies have raised more than $40 million in follow-on funding and have created over 50 jobs in Upstate New York.

Beyond the grand prize investments, participants benefit from access to some of the region’s premier startup programming, including business planning, industry-specific mentorship, and access to vetted service providers offering startup friendly terms. Participants are also integrated into the larger regional effort to grow unmanned aerial systems in Central New York and the Mohawk Valley, and will have access to world-leading infrastructure and testing assets. Participants also have opportunities to connect with investors for follow on funding.

CenterState CEO is an independent and forward-thinking economic development strategist, business leadership organization, and chamber of commerce; dedicated to the success of its members and the prosperity of the region. We serve as an advocate and resource for smart business, catalyze and facilitate regional growth, and promote community prosperity through results-driven partnerships, planning, and problem-solving.

Today’s announcement complements “CNY Rising,” the region’s comprehensive blueprint to generate robust economic growth and community development. The State has already invested more than $4.7 billion in the region since 2012 to lay the groundwork for the plan – capitalizing on global market opportunities, strengthening entrepreneurship, and creating an inclusive economy. Today, unemployment is down to the lowest levels since before the Great Recession; personal and corporate income taxes are down; and businesses are choosing places like Syracuse, Oswego, and Auburn as a destination to grow and invest in. 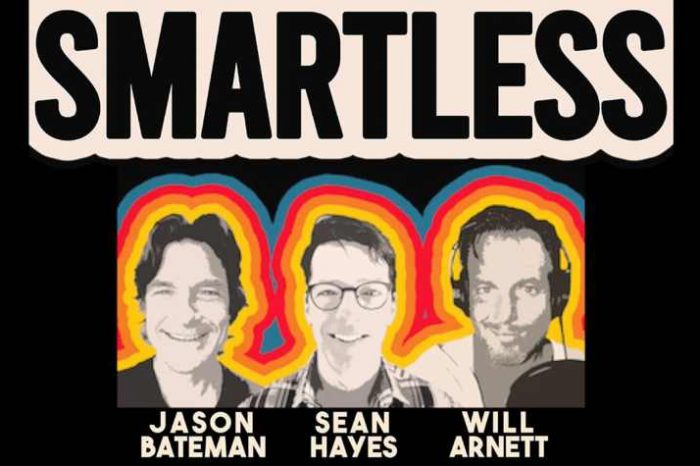 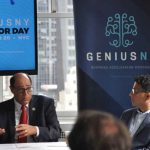