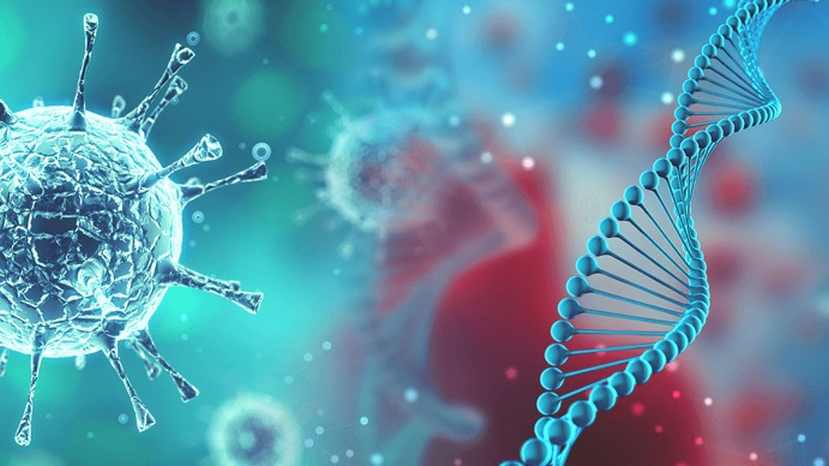 Over the last 14 months, people have been discredited and de-platformed for questioning the origin of the COVID-19 and also for reporting about the theories that the deadly coronavirus might have originated and escaped from the Wuhan Institute of Virology in China. Now, the wheels are coming off the cart of the “fact-checkers” and arbiters of truth.

Last week we wrote about Vox after the left-leaning news outlet was caught stealth editing an old article from March 2020 “debunking” the lab origin of COVID-19. The stealth edit was first reported on Twitter by Paul Graham, a tech investor and co-founder of startup accelerator Y Combinator.

This week, The Washington Post becomes the latest in a growing list of media outlets and the so-called ‘fact checkers’ that have been forced to walk back their insistence that the lab leak theory was a “debunked conspiracy theory.”

Buried inside one of its pages, the newspaper which is viewed by millions of its readers as an arbiter of truth, issued a correction to its February  2020 article that the Wuhan lab leak theory was a “debunked conspiracy theory.”

The February 2020 article, which was authored by Paulini Firozi, labeled the explanation a “debunked conspiracy theory” but has now been forced to issue a retraction after overwhelming reports from other media outlets.

“Earlier versions of this story and its headline inaccurately characterized comments by Sen. Tom Cotton (R-Ark.) regarding the origins of the coronavirus. The term “debunked” and the Post’s use of “conspiracy theory” have been removed because, then as now, there was no determination about the origins of the virus.” 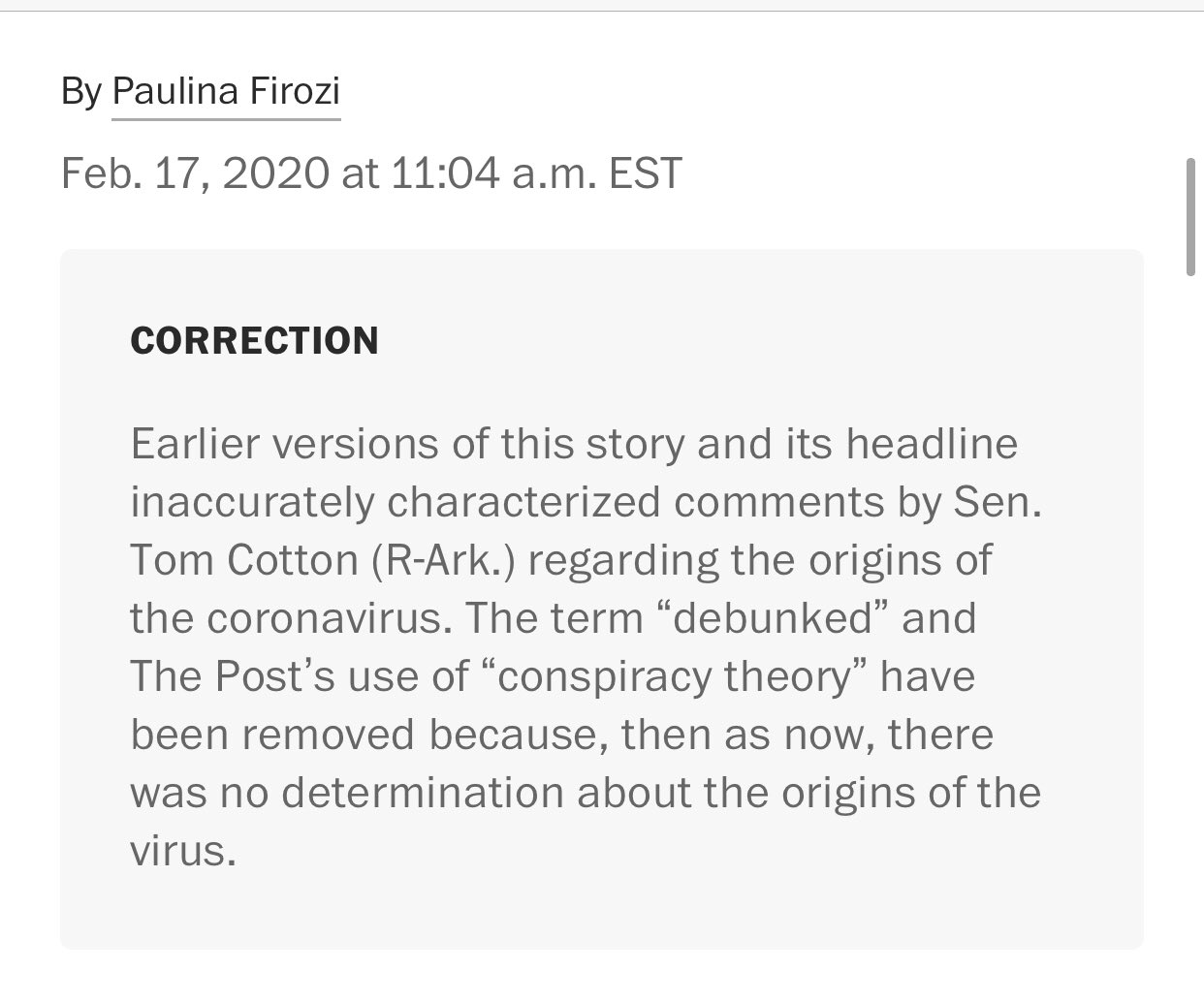 The correction was made after independent journalist Michael Tracey “reported that journalist @paulina_milla had flagrantly mischaracterized a key expert she quoted in the article.”

“Just saw this. The Washington Post has now “corrected” its Feb 2020 article declaring the lab leak theory a “debunked conspiracy” after I reported that journalist @paulina_milla had flagrantly mischaracterized a key expert she quoted in the article.”

Just saw this. The Washington Post has now “corrected” its Feb 2020 article declaring the lab leak theory a “debunked conspiracy” after I reported that journalist @paulina_milla had flagrantly mischaracterized a key expert she quoted in the article https://t.co/pYMc8edeCq pic.twitter.com/lgwkbpm40b

Below is a screenshot of the February 17, 2020 piece. The Post said that “scientists have disputed” the theory. More than a year later, we now know that the Washington Post assertion was not true because The Post has no conclusive evidence to prove the virus did not originate from the Wuhan Lab. 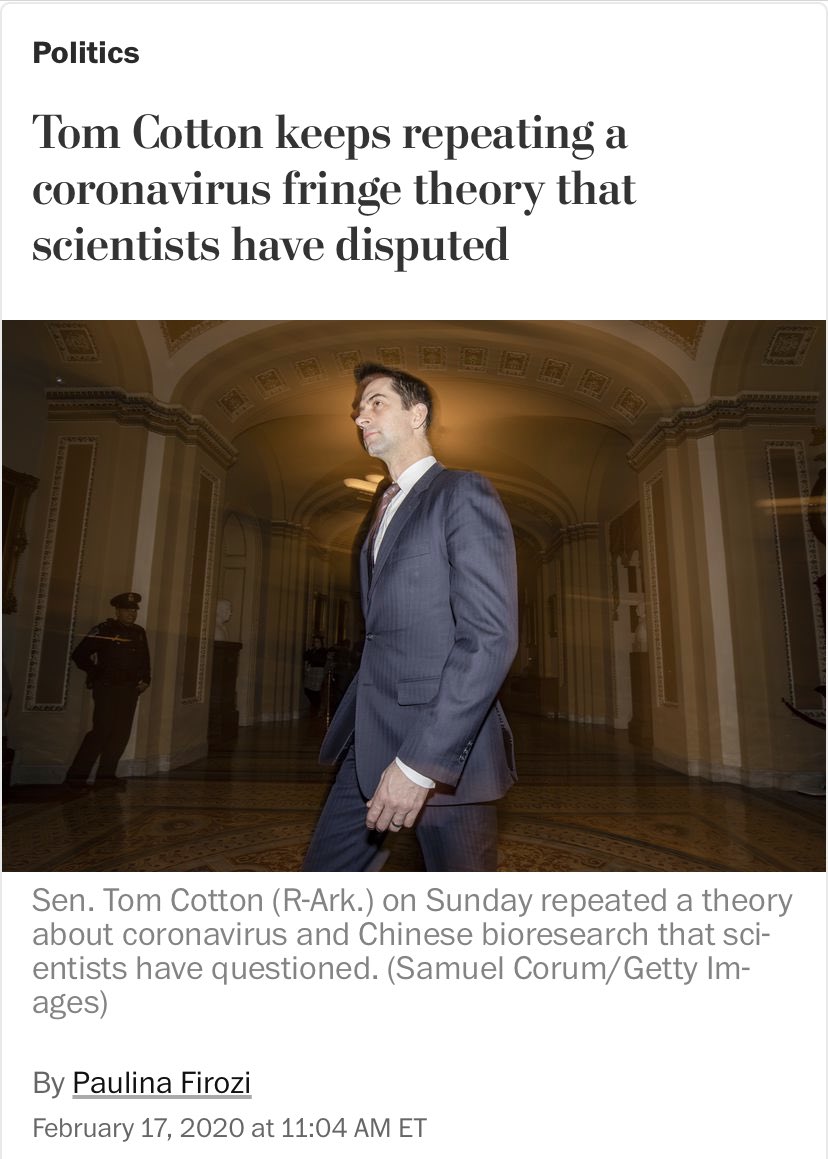 Meanwhile, just last week, a new bombshell study conducted by two European scientists claims to have proof that Chinese scientists created COVID-19 in a lab and then tried to reverse-engineer versions of the virus to make it look like it evolved naturally from bats. 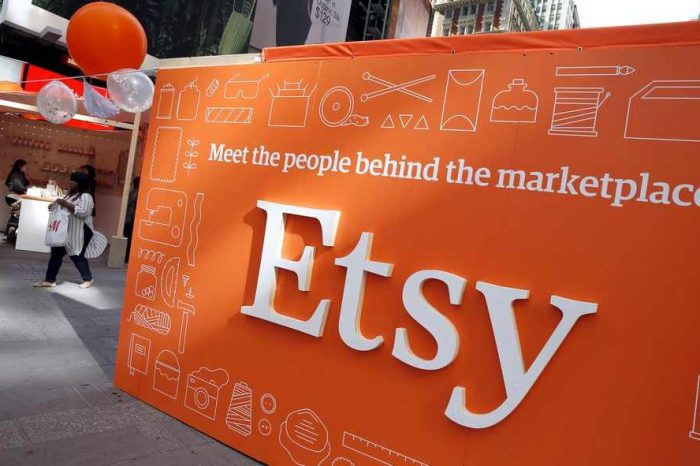 Etsy is buying fashion reseller startup Depop for $1.63 billion in a push to reach younger audience 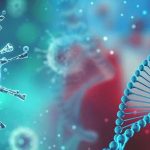