Big institutional investors are dumping bitcoin and going back into gold, JPMorgan says

Today, cryptocurrencies experienced one of the wildest roller coaster rides since bitcoin started on January 3, 2009. Bitcoin plunged more than 30% on the day to $30,015.02, according to Coin Metrics. Bitcoin hasn’t traded below $30,000 since late January.

Initially, everyone blamed the price drop on Tesla’s announcement last week after the electric car maker said it will no longer accept bitcoin for car purchases over concerns about the environmental impacts. The news sent shock waves to the crypto markets causing bitcoin and other cryptocurrencies to lose over 10 percent of their values in just a few days.

Then, early this morning Reuters reported that three Chinese banking and payment industry bodies issued a statement banning financial institutions not to conduct virtual currency-related business, including trading or exchanging fiat currency for cryptocurrency. As it turned out, China was only reinforcing its June 2019 statement, when the Chinese government said: “It would block access to all domestic and foreign cryptocurrency exchanges and Initial Coin Offering websites.”

S0, what happened? We now have a better explanation about the triggered the sell-off. It turns out that big institutional investors are dumping bitcoin and going back into gold, according to CNBC, citing a report from JPMorgan.

“The bitcoin flow picture continues to deteriorate and is pointing to continued retrenchment by institutional investors,” JPMorgan wrote in a note to clients. “Over the past month, bitcoin futures markets experienced their steepest and more sustained liquidation since the bitcoin ascent started last October.”

JPMorgan said that institutional investors are dumping bitcoin in favor of gold, reversing a recent trend that’s played out over the last two quarters. Based on open interest in CME bitcoin futures contracts, the firm said large investors are shifting away from bitcoin after favoring the digital currency over gold beginning last fall. 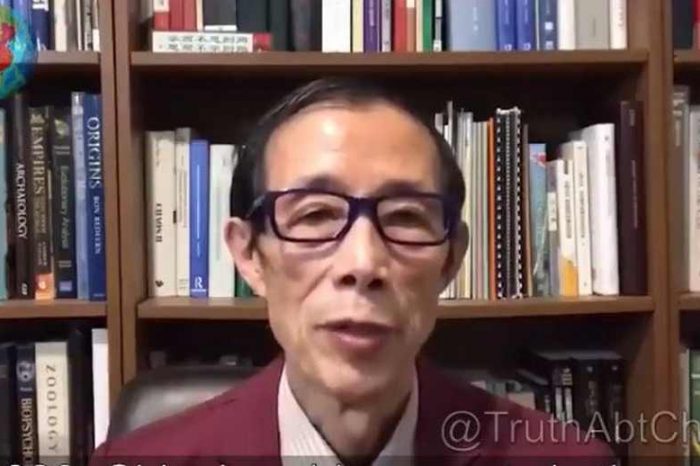 Watch: Chinese Researcher Chen Ping declares that China defeated the U.S. in the 2020 "Biological War" and put America ‘back in its place’

Big institutional investors are dumping bitcoin and going back into gold, JPMorgan says