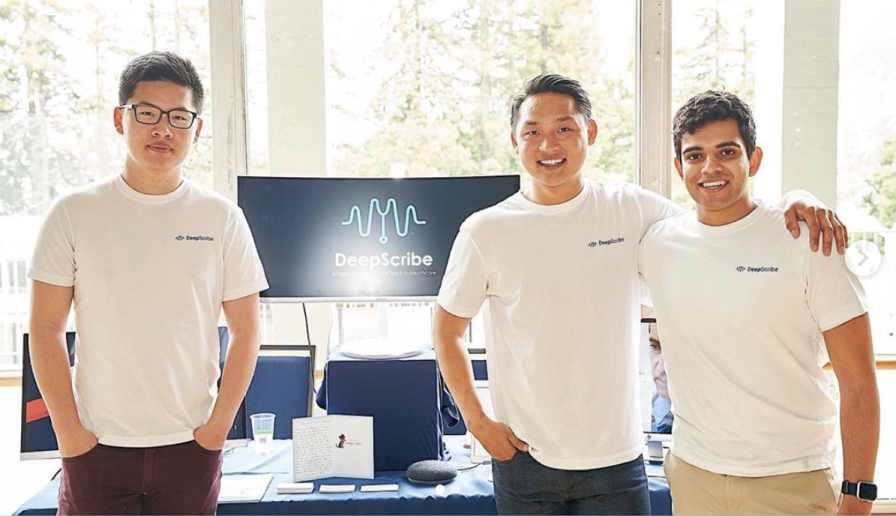 Studies have shown that for every hour doctors spend with patients, they spend two on documentation, usually late at night or on weekends. Doctors routinely cite paperwork as one of the main sources of unhappiness with their job, even before the pandemic drove thousands to early retirement. The result: doctors feel rushed and burnt out. Patients feel unheard and uninformed, with their doctors spending only two minutes on average making eye contact, the rest bent over their notes.

Now, imagine a world where you visit your patients and come back to your desk to see the entire appointment accurately documented for you in your Electronic Health Record (EHR) System.

Enter DeepScribe, a Berkeley, California-based artificial intelligence startup developing the holy grail for physicians: an AI-powered scribing service that passively records and understands a patient’s visit, generates a clinical note, and then seamlessly injects it into the EHR system in real-time at the conclusion of the patient’s visit. We wrote about DeepScribe back in 2019 when Berkeley SkyDeck showcased 20 startups for its Spring 2019 Demo Day.

Founded in 2017 Akilesh Bapu, Kairui Zeng, and Matthew Ko, DeepScribe delivered a much-needed breakthrough for the medical industry, saving doctors from a crushing burden of paperwork amid the transition to electronic health records (EHRs).

Alluding to time wasted by doctors on administrative tasks, DeepScribe cofounder Matthew Ko, said: “I saw it with my own mother. She was seriously ill and deeply worried. And to make it worse, she felt like her doctors weren’t listening. It wasn’t their fault. They were just doing what they had to do. But it had a real impact on her state of mind and her experience of care.”

As a child, DeepScribe cofounder Akilesh Bapu saw the same process play out from the physician’s point of view. “My father wanted to spend more time with us in the evening, but he just couldn’t. The paperwork was always there after dinner and on weekends. You could tell how exhausting it was. He felt like he was never done.”

It’s a $25 billion dollar problem other solutions have failed to crack. Human scribes can take weeks or months to train and cost too much for mass adoption. Other AI scribes are prone to error, need explicit instruction, and only capture the physician’s side of the conversation.
DeepScribe is the first AI solution to deliver the best of both worlds: the affordability and convenience of an automated scribe with out-of-the-box accuracy that equals or surpasses that of human assistants.

DeepScribe’s secret is a unique AI model developed at UC Berkeley’s AI Research Lab, which combines classical rule-based natural language processing (NLP) with modern deep learning techniques. The result is an uncannily effective ‘ambient AI’ that captures both sides of doctor-patient interactions and distills them to their essence without the doctor’s intervention. No wake words. No instructions. While the doctor focuses on the patient, DeepScribe listens in the background, takes notes, and automatically summarizes the entire conversation into a compliant note in the doctor’s EHR system.

For all its power, DeepScribe is almost effortless to use. Doctors can be up and running in a day with no need for AI training. Within 5 days, doctors are typically using DeepScribe for all their patients. Within 20 days, they’re saving 3 hours a day, reducing time spent per appointment by 80%, and eliminating after-hours work.

“I’ve evaluated pretty much every AI scribe out there, even some that aren’t on the market, and DeepScribe is something special,” said Jack O’Hara, CIO of Springfield Clinic. “It’s more accurate than a human scribe at one-sixth the cost, and it just works right out of the box. It’s a truly remarkable product.”

DeepScribe users report spending twice the amount of time in each appointment talking with their patient instead of using the computer. They’re seeing more patients, providing better care and regaining precious time for their own well-being.

“DeepScribe has been amazing for my patients and my practice,” said Houston, Texas, MD Everald Manning. “My patients love that I can focus on them rather than a screen, and my family loves that I’m not stuck writing notes late into the evening. It’s what the future of medicine should look like.”
Word has spread fast, with DeepScribe in use at medical facilities across the spectrum from private practices to major health centers, and with new user acquisition growing 66% a month.  In just the past year 400 providers have adopted DeepScribe’s technology, generating some 500,000 notes.

“The value of DeepScribe goes much deeper than note-taking,” said DeepScribe cofounder Akilesh Bapu. “It’s about giving doctors the freedom to focus on caregiving and give patients their full attention. Studies show that patient satisfaction is directly correlated with facetime with their physicians. That’s what we mean when we talk about bringing the joy of care back to medicine. It’s about restoring that relationship between doctor and patient.”

“We believe deeply in the work DeepScribe is doing and the change it is leading in the U.S. healthcare system,” said Bee Partners’ Michael Berolzheimer. “From the moment the customer begins to use the DeepScribe product they save hours a day in administrative tasks so they can focus instead on doing the important work they trained for. This not only has a significant impact on healthcare professionals themselves but on their ability to spend more time caring for their communities. At no point in time have we seen the need for that more than we do now, and we are immensely proud to be a part of this evolution.” 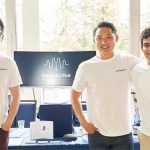