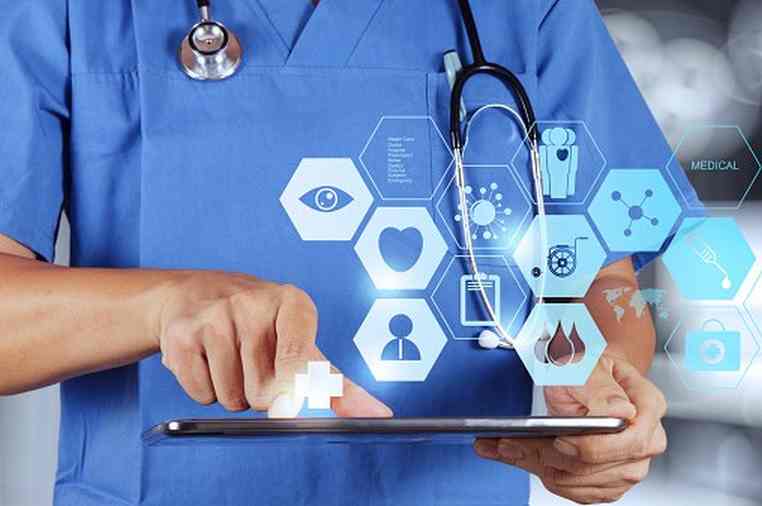 As we reported early this week, venture capitalists (VCs) poured a record $64 billion into tech startups in the first quarter of 2021. That equals 43% of the total fundraising in all of 2020, which was a record year. But what was missing from that report is a breakdown of the total raised in each sector such as HealthTech, FinTech, AI, and others.

Today, we now have a glimpse of VC’s investments in the digital health tech startup companies. According to a new merger and acquisition (M&A) report by Mercom Capital Group, a global communications and research firm, global venture capital (VC) funding, including private equity and corporate VC into digital health companies in Q1 2021, came to a record $7.2 billion (B) in 179 deals. 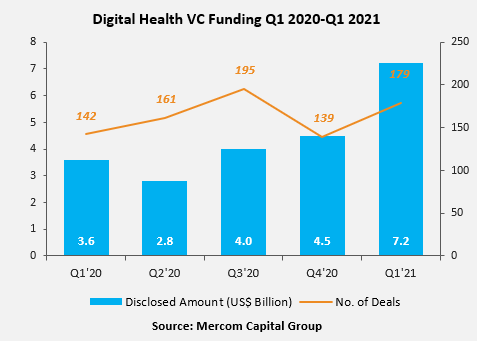 According to the report, since 2010, the digital health startup companies have received nearly $66 billion in VC funding in over 5,500 deals and almost $22B in debt and public market financing, bringing cumulative investments to $88B. 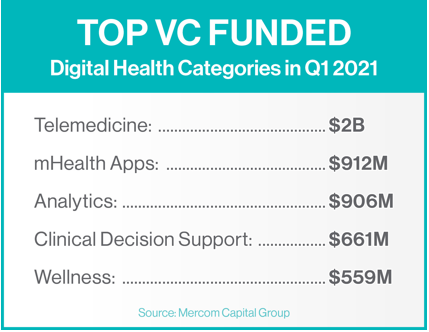 Commenting on the report, Mercom Capital Group CEO Raj Prabhu said: “Q1 2021 was the largest funding quarter ever for Digital Health. Almost half of all funding raised in 2020 was matched within just the first quarter of 2021, and Q1 VC funding was more than venture funding raised in any one year between 2010 and 2017.”

“Telehealth was the biggest beneficiary with a 100% increase in funding quarter-over-quarter. Increased M&A activity was another positive takeaway from the quarter. While it certainly looks like Digital Health is positioned for a record-breaking year, the next two quarters will tell whether the COVID-19 fueled funding surge is peaking or has peaked.” 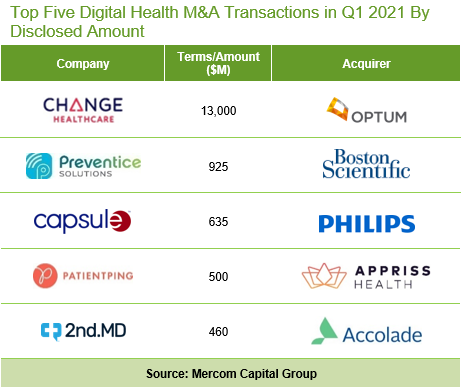 You can read the detailed report here. 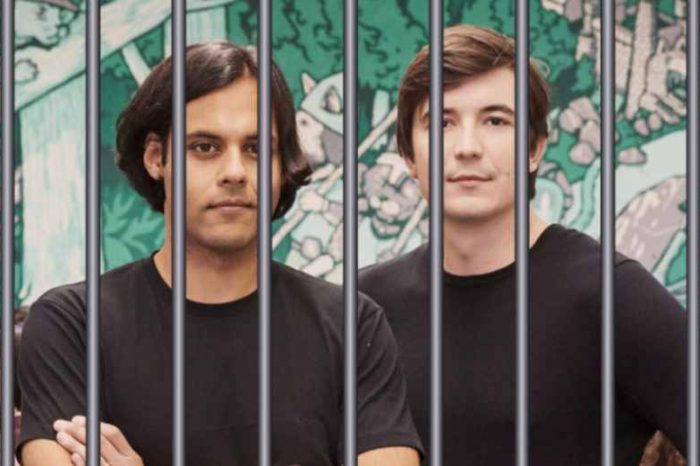 Robinhood restricts users from trading Dogecoin for the second day 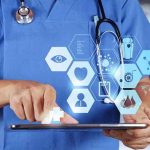