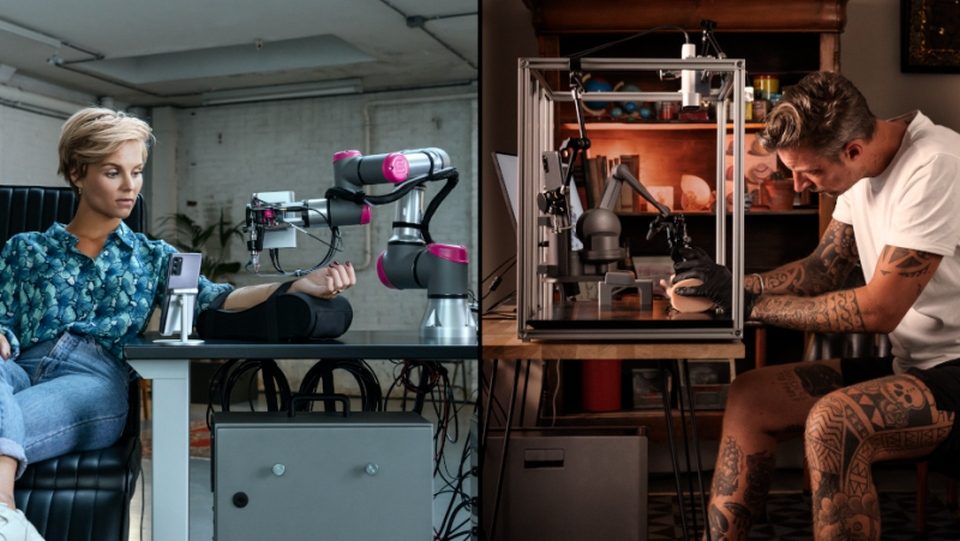 Back in 2019, we covered a story about how doctors in India used a robot to perform the first-ever long-distance heart surgery enabled by the next generation of wireless technology known as 5G. Doctors have been using robots to perform surgeries since 2001. But performing remote surgery, also known as telesurgery, is a new feat and technology breakthrough. For the first time, the surgeon in India successfully performed a procedure on five patients that were 20 miles away using the robotic arm.

Since then, the 5G revolution continues to disrupt industries, businesses, and every other aspect of life as we know it. 5G has ushered in a new era of mobile connectivity. The speed of 5G networks now opens new possibilities we could have only dreamed of a few years ago.

One of the new possibilities of 5G is the world’s first-ever real-time remote tattoo powered by 5G-powered robotic arms, ink. Created by T-Mobile Netherlands and dubbed Impossible Tattoo, the project offers a glance at the unlimited possibilities enabled by the 5G network, with the first-ever remote tattoo placed successfully in real-time onto human skin. The project was part of T-Mobile’s attempt to promote its 5G network’s speed, reliability, and low latency.

Remote tattooing, which previously seemed impossible, became a reality when a robotic arm, which was controlled by a tattoo artist in another location. With the 5G network, there is virtually no delay in connection, which means an action with millimeter accuracy can be performed no matter the geographical distance.

In this short, inspiring, and gutsy 4-minute video clip on YouTube, T-Mobile demonstrated not only the power 5G but also showed the skills of tattoo artist Wes Thomas. The tattoo was drawn onto Dutch actress Stijn Fransenm in real-time via 5G, by a robotic arm. The arm was in turn controlled by a tattoo artist in another location, far away from the actress.

“5G will offer us unprecedented new possibilities in the field of connectivity and mobile internet. We are very proud to have made it possible for tattoo creation to take place from different locations. Thanks to the low latency of connectivity in a live environment via our 5G network in the heart of (busy) Amsterdam. And this is just the beginning.”

Below is the video. Enjoy! 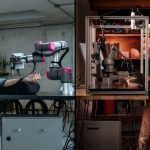