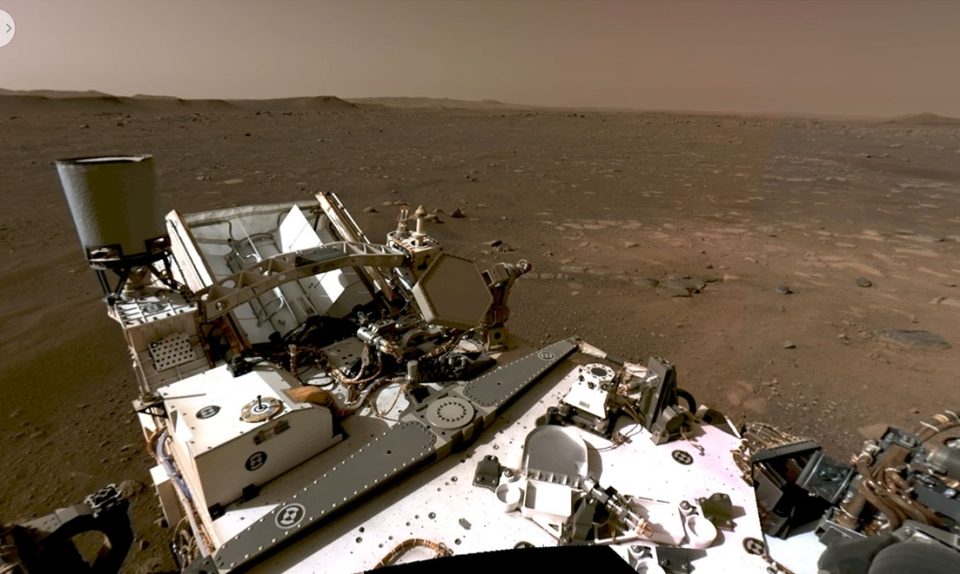 Last Friday, we wrote about the amazing 1.8 billion-pixel panorama of 1,200 images captured by the NASA Curiosity rover after 9 years on the Red planet. A day before, engineers at NASA’s Jet Propulsion Laboratory achieved engineering a feat by the landing of Perseverance rover on Mars after 203 days and 300 million miles journey.

Now, about a week on landing on Mars, Perseverance has been sending images of the Red Planet to NASA’s team here on Earth. Yesterday, NASA shared a video of the first 360-degree view of the landing site of NASA’s Perseverance rover on Mars, as captured by the rover’s color Navigation Cameras, or Navcams.

A key objective for Perseverance’s mission on Mars is astrobiology, including the search for signs of ancient microbial life. The rover will characterize the planet’s geology and past climate, pave the way for human exploration of the Red Planet, and be the first mission to collect and cache Martian rock and regolith.

Meanwhile, Mars has a very little atmosphere, just around 1 percent of Earth. In addition, the air on Mars is thinner than that of Earth.

This never gets old. Here is the video of the Descent and Touchdown. 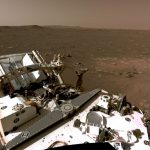