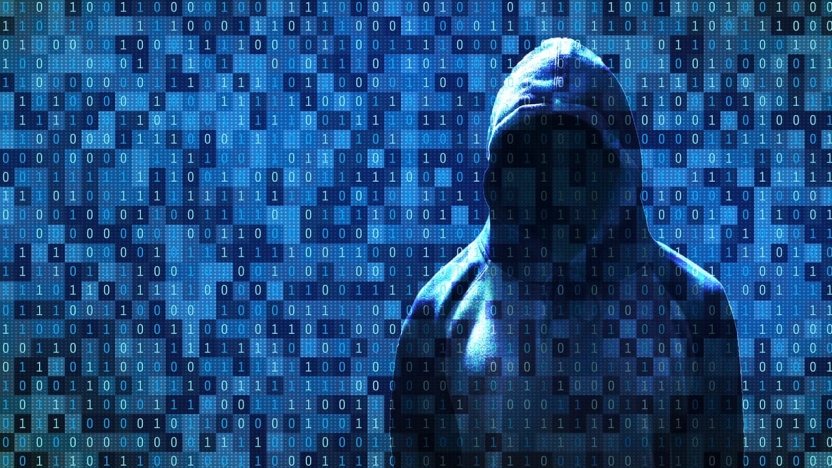 The Chinese theft of American intellectual property (IP) currently costs between $225 billion and $600 billion annually, according to a report from the United States Trade Representative.

In 2010, Japan accused the Chinese government of stealing its intellectual property for the bullet train. China later fired back saying that it obtained the core of the bullet train technology through legitimate technical contracts worth billions of dollars. China wants to rule and dominate the world. But it won’t be possible unless it steals other countries’ technology secrets and intellectual property.

Refuting the allegations of technical “theft,” Wang Mengshu, an academician at the Chinese Academy of Engineering, told the Global Times at the time that: “In Chinese high-speed railways’ construction, China obtained core technology through legitimate technical contracts worth billions of dollars, and made a large number of improvements adaptable to China-specific situations and registered hundreds of patents before the completion of projects.”

Then three years later in 2013, one China defender claimed that Chinese “bandit innovators” could be good for the world. “Don’t worry too much about Chinese companies imitating you, they are creating value for you down the road,” said Li Daokui, a leading Chinese economist at the Institute for New Economic Thinking’s conference. Such “bandit innovators,” he expanded, would eventually grow the market, leading to benefits for everybody.

Fast forward a decade later. The Japanese media Nikkei Asia reported that Tesla was summoned by five government departments including the General Administration of Market Supervision, to discuss consumers’ complaints about quality issues such as abnormal acceleration, battery fires, and remote vehicle upgrades.

However, many in the U.S., are saying the summon about the quality issues is a ruse for China to steal Tesla’s intellectual property whereby Tesla will be forced to reveal its technology to the Chinese government. Some of the methods the Chinese government used in stealing valuable IPs include hacking foreign companies, forcing foreign tech companies to hand over their secrets, co-opting Chinese nationals, and luring foreign experts. One person said about the recent Tesla summon:

“Tesla’s intellectual property will be stolen, the CCP will build factories using Tesla’s technology, undercut Tesla’s prices, drive Tesla out of business, and then buy the existing Tesla factory for pennies on the dollar, and restart them to further undermine the prices of all-electric vehicles everywhere on earth.”

The latest report has brought the theft of intellectual property (IP) back to the spotlight. According to a 2019 survey conducted by CNBC, “one in five North American-based corporations on the CNBC Global CFO Council says Chinese companies have stolen their intellectual property. In all, 7 of the 23 companies surveyed say that Chinese firms have stolen from them over the past decade.”

The CNBC Global CFO Council represents some of the largest public and private companies in the world, collectively managing nearly $5 trillion in market value across a wide variety of sectors.

As part of the survey, CFOs were asked:

“One of the bigger grievances that led to recent US-China trade negotiations has been U.S. accusations of Chinese companies stealing IP from US companies. Has your company been the victim of such a theft in the recent past?”

Below is how the CFOs responded. 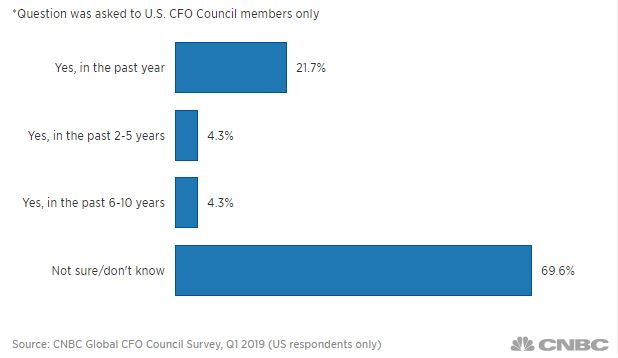 The DOJ found that the hacking campaign run by the two hackers has been going on for ten years and targeted companies were in technology-rich countries like – United States, Australia, Belgium, Germany, Japan, Lithuania, the Netherlands, Spain, South Korea, Sweden, and the United Kingdom. Assistant Attorney General for National Security John C. Demers, added that the CCP possesses “insatiable hunger for American and other non- Chinese companies’ hard-earned intellectual property, including COVID-19 research.”

“China has now taken its place, alongside Russia, Iran and North Korea, in that shameful club of nations that provide a safe haven for cybercriminals in exchange for those criminals being ‘on call’ to work for the benefit of the state, here to feed the Chinese Communist party’s insatiable hunger for American and other non-Chinese companies’ hard-earned intellectual property, including COVID-19 research,” said Assistant Attorney General for National Security John C. Demers.

It’s becoming increasingly clear that China’s recent China’s growth and prosperity, has not been fuelled by its hard work but by the innovation of foreign companies and the hard-earned intellectual property of other nations. 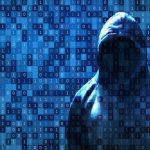