Elon Musk’s SpaceX did in 6 years and for less than $1 billion, what the U.S. government commission concluded would take 12 years and $26 billion

Bureaucracy is one of those words that gets thrown around so frequently but no one seems to know the true meaning of it. As someone with knowledge of how the U.S. federal government works, the true meaning of the word can be best described using this Japanese word: Muda (無駄). Muda means wastefulness, uselessness, and futility, which is contradicting value-addition. You can read more about Muda here.

The U.S. government is known to spend billions of dollars (not millions) to plan and research projects only to shelve them a couple of years later. A typical government agency is over budget and behind schedule. The government is also not good at innovating. Anyway, here is how LumenLearning defines Bureaucracy:

“A bureaucracy is a group of specifically non-elected officials within a government or other institution that implements the rules, laws, ideas, and functions of their institution through “a system of administration marked by officials, red tape, and proliferation.”

You may be wondering what bureaucracy has to do with the U.S. government. Here is an example for you. On Sunday, Aug. 2, 2020, NASA astronauts Robert Behnken and Douglas Hurley returned to Earth aboard SpaceX’s Crew Dragon Endeavour spacecraft. The launch was the first from US soil in ten years.

However, what many Americans didn’t know is that it wasn’t NASA that sent the two astronauts into space. Yes NASA paid for it, but it was SpaceX technology that made it possible. As John Stossel once said, “NASA would still be filling out forms and running up costs. It was Elon Musk‘s SpaceX that did it. Private enterprise makes good things possible.”

SpaceX was able to able to achieve this feat because the government was not in charge. 12 years ago, the Obama administration committee concluded that launching such a vehicle would take 12 years and cost $36 billion. But SpaceX rocket finished in half that time — for less than $1 billion (1/36th the predicted cost).

You may also be wondering, but NASA did manage to send astronauts to the moon. Yes, that succeeded, says Zubrin, “because it was purpose-driven. (America) wanted to astonish the world what free people could do.” But in the 50 years since then, as transportation improved and computers got smaller and cheaper, NASA made little progress. Stossel also added that NASA was unable to achieve what SpaceX did because, after the moon landing success, “NASA became just another bureaucratic government agency.”

Aerospace engineer Robert Zubrin explains that it was because the spacecraft was built by Elon Musk’s private company, Space X. “He does things faster and cheaper because he spends his own money. This is the potential of free enterprise!” explains Zubrin.

In a message on Twitter, Libertarian John Stossel said this: “2 Americans just landed safely after spending 2 months in space. 11 years ago, an Obama committee concluded that would take 12 years and cost $26 billion. Elon Musk did it in 6 years– for less than $1 billion. Private competition is always better. #SplashDown #LaunchAmerica.”

Below is an eye-opening video from John Stossel explaining the reasons for SpaceX’s success.

Below is a transcription of the video

“Musk had not only done something that it was … thought that only the governments or superpowers could do—he had done things that they thought they couldn’t do,” says aerospace engineer Robert Zubrin, author of The Case for Space.

But wait: NASA sent astronauts to the moon. Why couldn’t they do what SpaceX did? Because after that success, they became just another bureaucratic government agency.

Zubrin explains, “When you don’t have a truly commanding purpose, the purpose of the program becomes to supply money to various suppliers.”

Like Lockheed Martin, where Zubrin worked and where he discovered a way for a rocket to carry twice as much weight. When he pitched it to management, they responded, “Look, if the Air Force wants us to improve the Titan, they’ll pay us to do it,” says Zubrin.

NASA paid the contractor’s development costs, then added 10% percent profit. The more projects cost, the bigger the profit. So innovation was discouraged by how NASA paid most contractors.

“You have good people engaged in cost maximization,” says Elon Musk. “You just gave them an incentive to do that.” High costs were okay at NASA, as long as spaceships were assembled in many congressmen’s districts.

“NASA is a very large job program,” aerospace lawyer James Dunstan explains, “By spreading its centers across the country, NASA can get more support from more different congressmen.”

“If you had to get a new plane everytime you flew somewhere … very few people could afford to fly,” explains Musk.

His next spacecraft, Starship, is meant to take people to Mars and back.

Let’s celebrate the entrepreneurs who break the government’s old rules.” 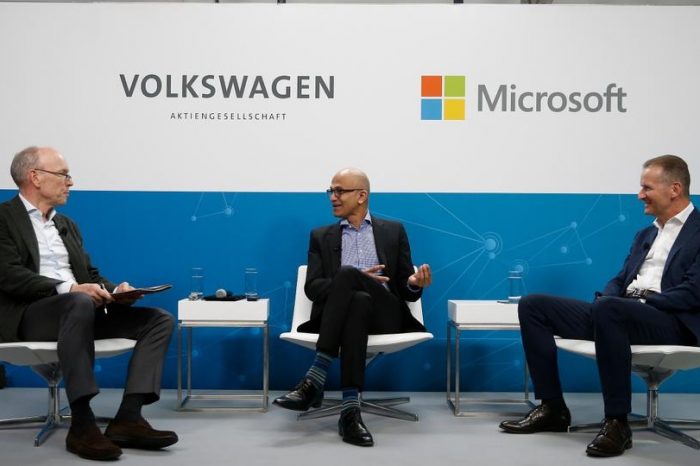 Elon Musk’s SpaceX did in 6 years and for less than $1 billion, what the U.S. government commission concluded would take 12 years and $26 billion