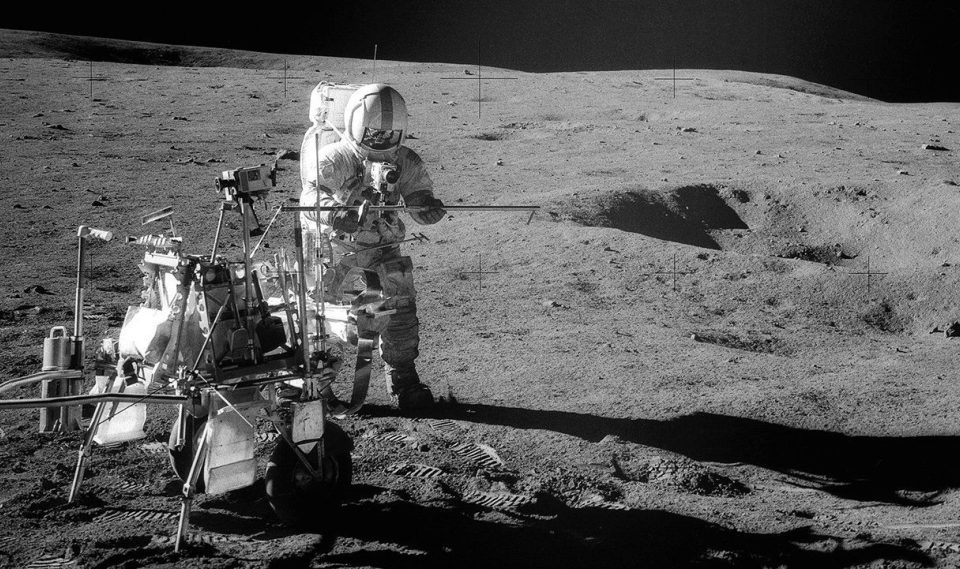 Happy Friday. As part of our weekly Today in History series, we look at a historical event that happens 50 years ago today. On February 5, 1971, Apollo 14 astronauts Alan Shepard and Edgar Mitchell landed on the Moon for a 33-hour stay full of science, as fellow crew member Stuart Roosa conducted observations from lunar orbit.

Apollo 14 was the eighth crewed Apollo mission and the third to land on the Moon. On January 31, 1971, Apollo 14 launched from Kennedy Space Center with a crew of commander Alan B. Shepard, command module pilot Stuart A. Roosa, and lunar module pilot Edgar D. Mitchell. 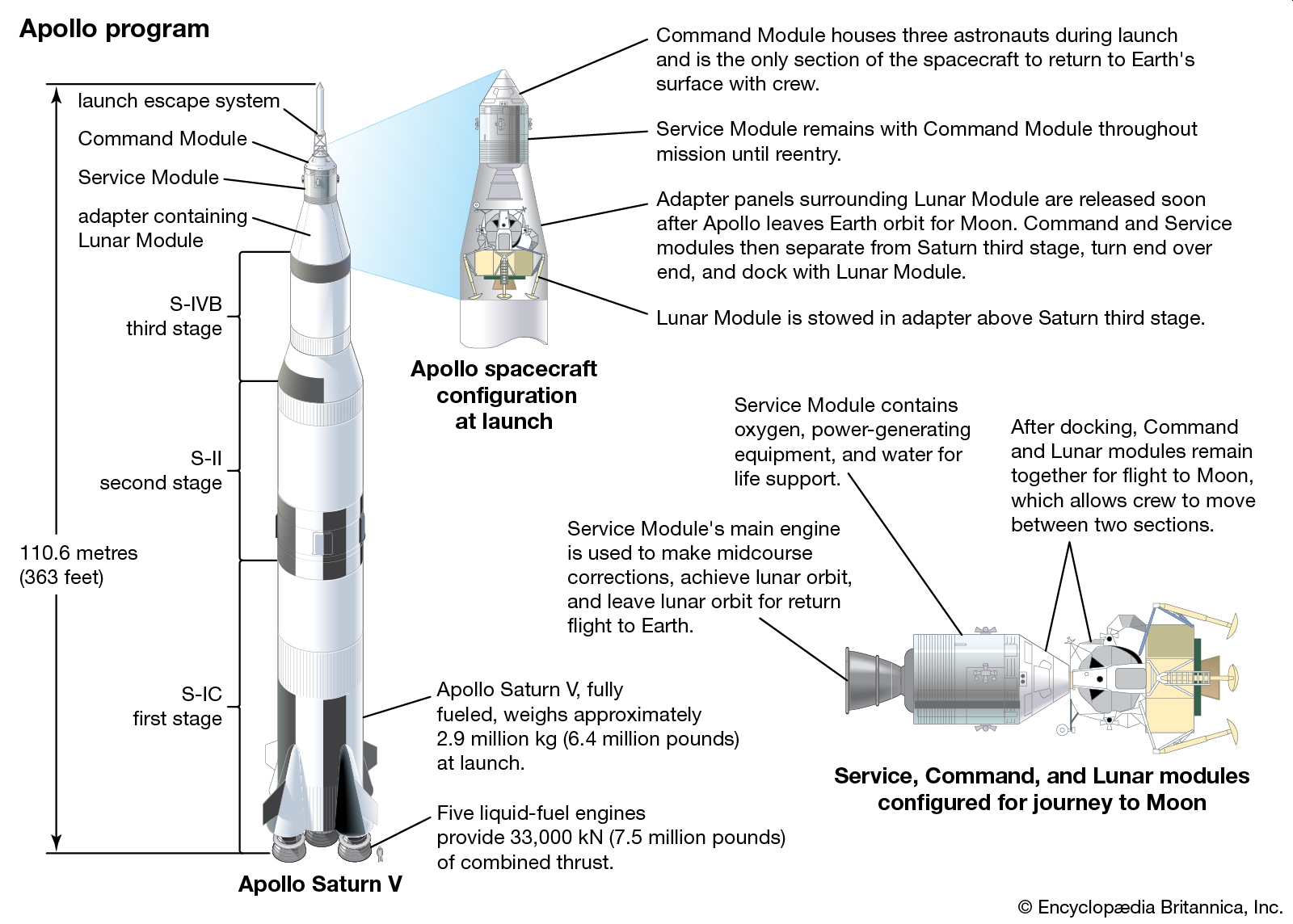 The crew experienced challenges in docking with the lunar module Antares and six attempts were required before a “hard dock” was achieved. On February 5, 1971, Antares made the most precise landing to date in the hilly uplands of the Fra Mauro crater.

Shepard and Mitchell spent a total of 33.5 hours on the Moon and performed two extra-vehicular activities (EVAs, or “moonwalks”), totaling 9 hours and 23 minutes. During the first EVA, they deployed several science experiments. Among these was a reflector that continues to be used to measure the distance from the Earth to the Moon. They also deployed a seismometer, which detected thousands of moonquakes and helped to determine the structure of the Moon’s interior. Other instruments measured the composition of the solar wind and the Moon’s tenuous atmosphere and plasma environment. Shepard and Mitchell collected 95 pounds of lunar rock and soil samples.

The command module Kitty Hawk splashed down safely on February 9, 1971, exactly nine days and two minutes after launch. The mission duration from liftoff to splashdown was 216 hours, two minutes.

Alan Bartlett Shepard Jr. was an American astronaut, naval aviator, test pilot, and businessman. In 1961, he became the first American to travel into space, and in 1971, he walked on the Moon.

Edgar Dean Mitchell was a United States Navy officer and aviator, test pilot, aeronautical engineer, ufologist and NASA astronaut. As the Lunar Module Pilot of Apollo 14, he spent nine hours working on the lunar surface in the Fra Mauro Highlands region, making him the sixth person to walk on the Moon. 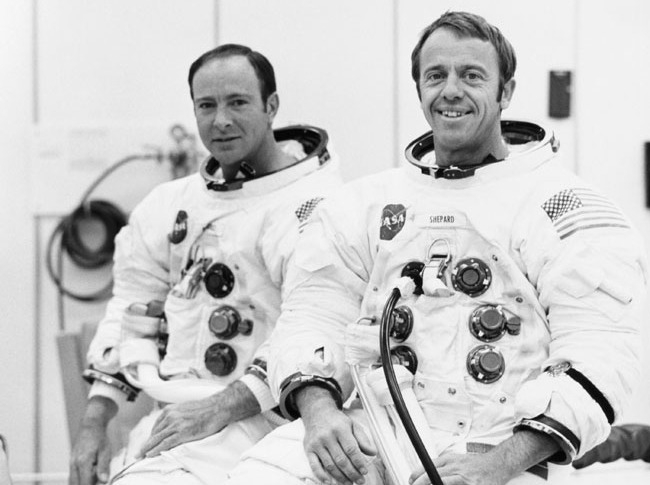 Astronauts Alan B. Shepard Jr. (right), commander, and Edgar D. Mitchell, lunar module pilot, are suited up for a manned altitude run in the Apollo 14 Lunar Module. The manned run in a vacuum chamber of the Manned Spacecraft Operations Building was conducted to validate the LM’s communications and guidance and navigation systems. Apollo 14 is scheduled for launch from Cape Kennedy on Jan. 31, 1971, on a lunar exploration mission which is to carry Shepard and Mitchell down to the moon’s rugged Fra Maura highlands region. Astronaut Stuart A. Roosa, command module pilot, will remain with the Apollo 14 Command and Service Modules in lunar orbit while the other two astronauts explore the moon. 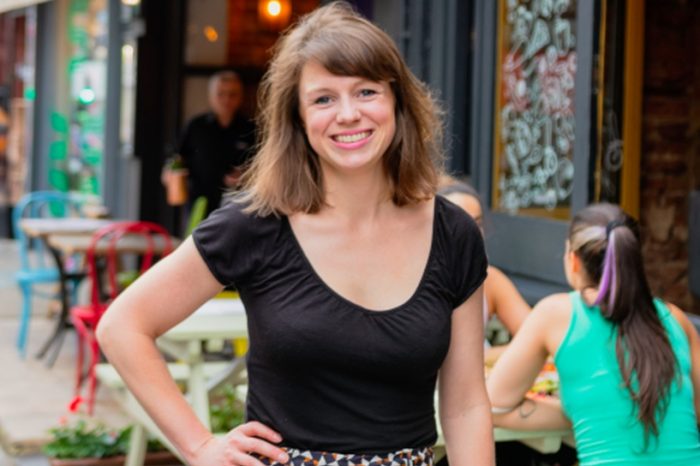 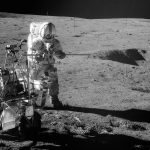