Deplatforming: How big tech censorship is trampling and subverting the First Amendment

Deplatforming, also known as no-platforming, is a form of political activism or prior restraint by an individual, group, or organization with the goal of shutting down controversial speakers or speech or denying them access to a venue in which to express their opinion.

We’ve written extensively about Big Tech censorship and how tech giants used their monopoly power to silence dissents. This website has also been a victim of Big Tech censorship, but that’s a story for another day. Now, we’re in uncharted territory, a time when Big Tech is the judge, jury, and executioner of what can be said online, a dangerous precedent is set.

Today, Big Tech companies are not making a clear distinction between censoring speech they hate, and speech that is hateful. The traditional public square is actively becoming private corporate property where tech giants are the de-facto arbitrators of free speech.

Before we dive right in, we have to ask ourselves the question: How did we even get here? To answer this question, we need to go back to December 17, 2010, when a mass-political movement known as the Arab Spring swept through Syria, Yemen, Egypt, Libya, and Tunisia. A young Tunisian vegetable stall owner, Mohamed Bouazizi, immolated himself after being publicly humiliated by a female police officer.

Following the incident, mass protests against President Zine Abidine Ben Ali erupted across the North African country, resulting in the Tunisian dictator abandoning his post. The protests in Tunisia encouraged similar uprisings in other Middle Eastern countries, which also saw the resignation of Hosni Mubarak in Egypt and Ali Abdullah Saleh in Yemen. Former Libya President Muammar Gaddafi was later captured and killed by the rebels. By 2013, as many as 180,000 have been killed with 6 million displaced in countries affected by the Arab Spring since it started in 2011.

And when asked by a presenter if he was giving Facebook credit for what — at the time — seemed like a massive political victory, he answered, “Yeah for sure. I want to meet Mark Zuckerberg one day and thank him.” Ghonim also said, “If you want to liberate a society all you need is the internet.” Here is what Public Radio said about the revolt,

“The revolts a decade ago were among the first major protests in the age of omnipresent mobile phones, with social-network revolutions powered by Twitter and Facebook.”

Then on February 12, 2012, The New York Times wrote a piece about the origin of Arab Spring in its book review section, “Spring Awakening: How an Egyptian Google executive’s Facebook page helped spark a movement.” The NY Times later described how the Egyptian-­born Ghonim went online and created a Facebook page.

At this point, you may be wondering what the Arab Spring revolt has got to do with recent Big Tech censorships and why it matters. First, the Arab Spring revolt was organized on Facebook and Twitter. But till today, neither Facebook nor Twitter has been held accountable for their roles and contribution to the deaths of 180,000 people who lost their lives.

Haythem Guesmi, a Tunisian academic and writer, wrote: “Ten years after the onset of the Arab revolutions, Facebook, Twitter, and Google have turned into powerful enablers of vast disinformation campaigns, harassment, censorship, and incitement of violence against activists, journalists, human rights defenders, and any dissenting voice.”

As Guesmi also pointed out, Big Tech was collaborating with repressive governments in the Middle East and North Africa even before the Arab Spring started, despite posing as a force for progress and development.

Fast forward to 2020. The same Big Tech companies that allowed activists to use their sites as platforms to organize a revolt that killed hundreds of thousands of lives are now allowing foreign dictators to share hate speech without any form of censorship. For example, Twitter refused to suspend or ban Iran’s Supreme Leader Ayatollah Ali Khamenei from its platform after he called Israel a ”cancerous tumor” that ”will undoubtedly be uprooted and destroyed.” Twitter executives even refused Israel’s request to remove Iran’s Ayatollah Khamenei tweets.

However, Big Tech thinks it is okay to censor individuals with opposing views. The censoring is also not limited to individual Americans, Big Tech also de-platformed smaller companies. In January, Apple removed free speech Parler from its iPhone App Store. Apple said its decision was as a result of posts on Parler related to the U.S. Capitol riot on January 6 and how Parler’s platform was used to organize and incite violence and hate speech. Apple’s announcement comes a day after Google removed Parley from its Google Play.

A couple of days later, Amazon, a third member of the FAANG Big Tech consortium, de-platformed Parler from Amazon Web Services (AWS). Just like Apple, Amazon said it removed Parler off AWS, its web-hosting service, following reports that rioters who seized the U.S. Capitol riot on January 6 had used Parler to organize and incite violence.

Considering that for decades social platforms like Twitter and Facebook have been used to spread hate speech and incite violence that killed hundreds of thousands of lives around the world, it is ironic that the same Big Tech is now shutting down Parler for doing something far less and censoring free speech of millions of ordinary Americans.

Today, there is an ongoing war against free speech and Big Tech is the one waging it. And our Congress is not doing anything about it. Not only are Big Tech companies censoring Americans online, but they are also spying on their users. The Electronic Frontier Foundation (EFF) the leading nonprofit organization that defending civil liberties in the digital world, maintains an annual detailed list of tech companies that are telling the government about its users and their data.

In its latest publication titled, “Who Has Your Back? Censorship Edition,” the report examines major tech companies’ content moderation policies in the midst of massive government pressure to censor. EFF also assess tech companies’ policies in six categories: Transparency in reporting government takedown requests based on legal requests.

So where does this leave us? Freedom isn’t free. Just as our military is defending our personal freedom, as American citizens, we also need to stand up for free speech, no matter the cost. 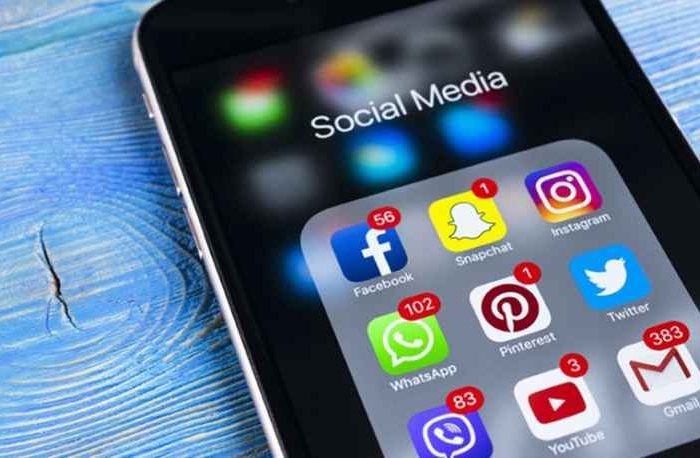 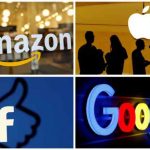 Deplatforming: How big tech censorship is trampling and subverting the First Amendment