Shares of Twitter plunged 7% on Monday the social media giant permanently suspended the account of U.S. President Donald Trump. The company lost about $2.5 billion from its market value. It was the first time Twitter had banned a head of state. The recent onslaughts on free speech from Twitter, Facebook, and others, are forcing many people to consider other alternatives to Big Tech.

Investors are worried, as Twitter shares plunged by 7% in premarket trade, building on losses from after-hours trading on Friday, as well as Sunday night. Bank of American warned this morning that Wall Street is “likely to revisit social media content risks with Trump suspension” noting that it sees “churn from the conservative community within Twitter as a modest 1Q DAU threat” 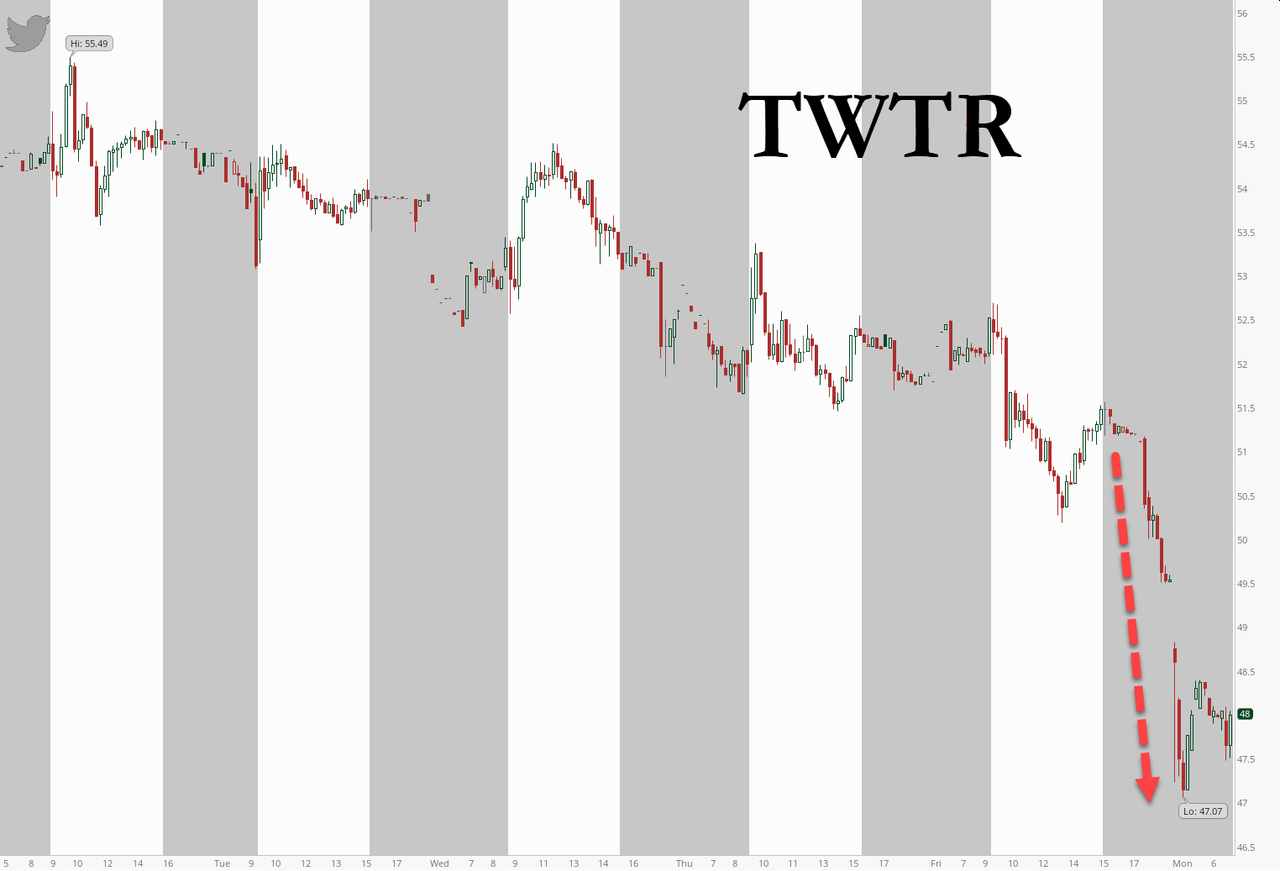 It all started on January 6, with just a couple of days left in his presidency, that Twitter decided to lock the account of President Trump 12 hours following the storming of the U.S. Capitol last Wednesday.

Meanwhile, Twitter competitor and free speech social app Gab.com reported a 750% increase in traffic and 18 million visits in the last 24 hours. In a post on the company’s website, Gab CEO Andrew Torba said: “Our traffic is up 753% in the past 24 hours. Tens of millions of visits.”

Before his account was deleted, President Trump had more than 88 million followers and had been retweeted billions of times. Other social media platforms, including Facebook, Instagram have been quick to issue similar bans on the outgoing president last week after the violence at Capitol Hill.

“The fact that a CEO can pull the plug on POTUS’s loudspeaker without any checks and balances is perplexing,” he wrote in a column for Politico.